SpaceX is now everywhere in the news and it is changing the space industry. Isn’t it interesting to know some amazing facts about it? 5..4..3..2…1 LIF-TOFF

2. This is inspiring. Elon Musk was spat on by one of the Russian chief rocket designers when he visited them to buy rockets from them. In the words of Jim Cantrell who was on the founding team of SpaceX:

Yes, he [Russian designer] did. I was there. Spit on my shoes too. It was meant as a sign of disrespect. We were trying to buy a rocket that was his baby and he thought that we were not serious. Musk was in his late 20’s, looked even younger, and I was translating for the Chief Designer so I know what he was saying.

3. Only US Citizens can work in SpaceX. As the space-rocket technology comes under the defence force technology according to The US laws, they only recruit American citizens.

4. SpaceX is the first private company to successfully launch, orbit, and recover a spacecraft (Dragon in 2010).

5. In 2016, Musk was tasked by Mark Zuckerberg with a very important mission: to transport the first satellite Facebook had ever put into orbit. The satellite would provide the Internet to the developing world, but with an anomaly in the launch pad, the rocket exploded and destroyed $200 million in cargo. 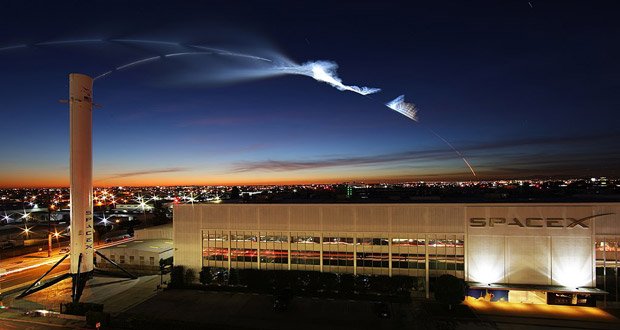 6. SpaceX scored a $492 million deal to take communication-satellite equipment up-diddly-up-up for a company called Iridium. The contract was to launch the communications gear into space between 2015 and 2017 by SpaceX. It was the largest ever commercial deal inked for a space launch.

7. Cheese in the space. On the SpaceX’s Dragon capsule’s first test flight in December 2010, it carried a wheel of cheese into orbit.

8. SpaceX isn’t only a space company. It is also trying to revolutionize transportation that is more down to earth. SpaceX’s Hyperloop is in its design stages, but would likely be able to transport 28 passengers per capsule to a destination in 40 minutes that would take a bus 24 hours.

9 SpaceX’s ‘The Falcon 9’ is named after the Millennium Falcon from Star Wars. The “9” denotes the number of rocket engines a rocket has.

10. SpaceX has many firsts to its name

They say love is blind. What other emotions have disabilities?