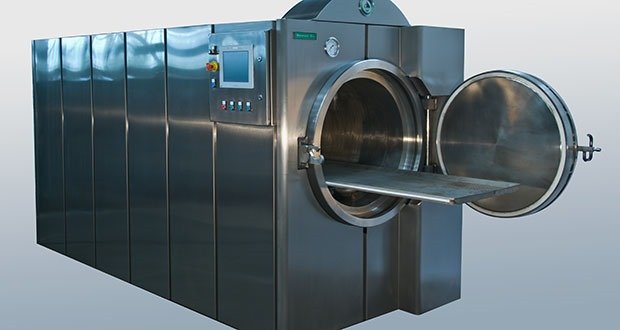 Resomation or “bio-cremation,” uses heated water and potassium hydroxide to liquefy the body, leaving only bones behind. The bones are then pulverized, much as in regular cremation, and the bone fragments are returned to the family in an urn. As an alternative to traditional cremation that uses fire to dispose of bodies, resomation is a more eco-friendly alternative, although not widely available at this time. 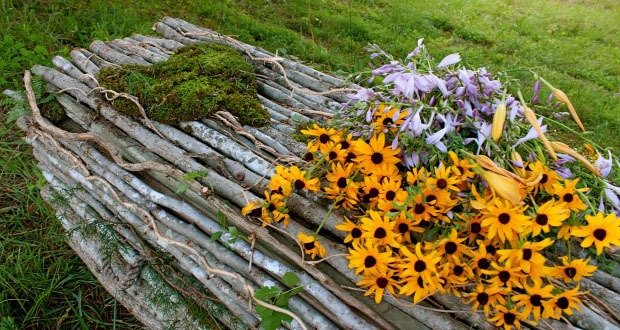 While you may think “natural burial” is the burial process most commonly used today, it’s actually rather different. In a current burial, a body is embalmed with several dangerous chemicals, dressed and placed in a coffin which is then sealed in a concrete vault, and buried 6 feet underground. This process is expensive and is harmful to the environment. In natural burial, the deceased (without being embalmed) is either wrapped in a cotton cloth or simple, natural material clothing before being placed in a wicker, wood, or other natural material coffin. The coffin is then buried 6 feet deep and the body is left to decay as it naturally would, rejoining the cycle of life. Alternatively, the body can be placed directly into the ground. 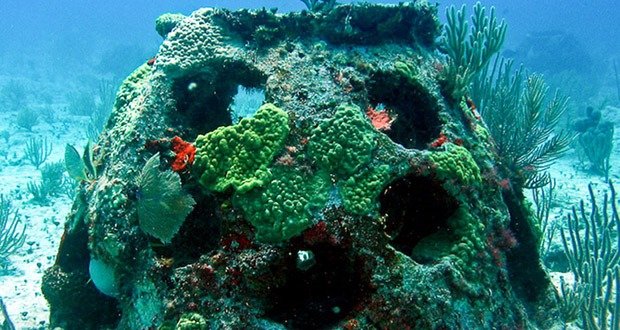 For those who prefer to nourish a more aquatic environment after death, there’s the Eternal Reef option. Eternal Reefs are an artificial reef material made out of a mixture of concrete and human cremains (the crushed bone left over from cremations). These heavy concrete orbs are then placed in areas where reefs need restoration, attracting fish and other organisms that turn the remains into an undersea habitat. While this method does use the more harmful cremation, this method helps restore dying reefs and provides food and shelter for sea life. 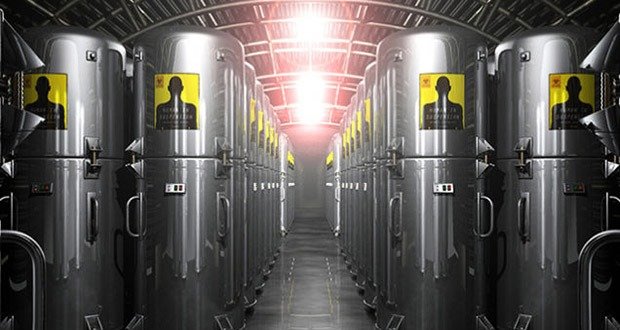 Cryonics is the process of freezing a person’s body in the hopes that later medical science will make it possible to revive them, personality and memory intact. Despite the numerous barriers to this, including the toxicity of chemicals used in an attempt to prevent damage to cells from freezing, advocates have promoted cryonics since the late ’60s. According to the Cryonics Institute, there were just over 200 people in cryonics storage in the U.S. as of August 2011. Prices vary depending on the procedure, preservation company and payment plan, but can range as high as $200,000 for whole-body preservation. Cost-cutters can have a head-only preservation for around $80,000. 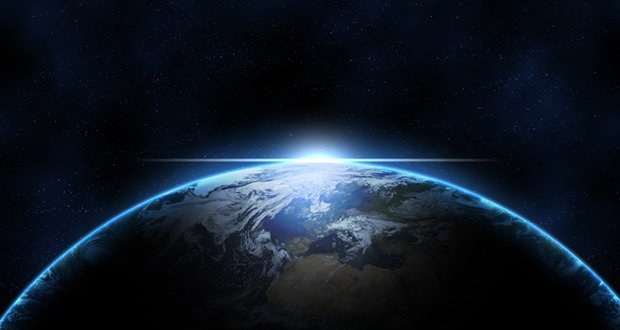 In space burial, your cremated remains will hitch a ride on a rocket already headed for the stars, a journey that is more symbolic than practical: Because of the high cost of spaceflight, only 1 to 7 grams of remains are launched.

According to Celetis Memorial Spaceflights, a company that offers the postmortem flights, a low-orbit journey that lets your cremains experience zero gravity before returning to Earth starts at $995. A chance to orbit Earth and eventually burn up in the atmosphere runs around $3,000. Dedicated space-lovers can have themselves launched to the moon or into deep space for $10,000 and $12,500, respectively. 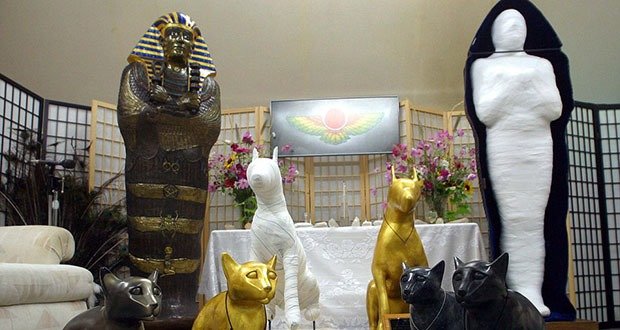 It’s not just for ancient Egyptians anymore! A religious organization called Summum, founded in 1975, offers mummification services to both people and pets.

Similar to ancient mummification practices, pricing starts at a crisp $63,000. Like believers in cryonics, the idea is that the preserved DNA will enable future scientists to clone individuals and give them (or at least their genes) a second shot at life. Not likely, but still a pretty cool idea. 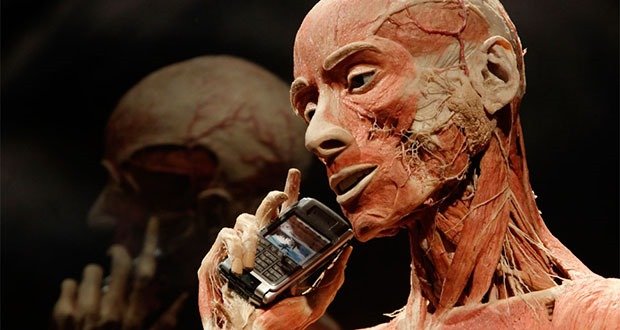 Much like mummification, plastination involves preserving the body in a semi-recognizable form. During this process, all the fluids in the bodies are removed and replaced with a plastic like mixture. This method is reserved for those who are interested in donating their bodies to science. You can see plasination in person at the traveling Body Worlds exhibit. 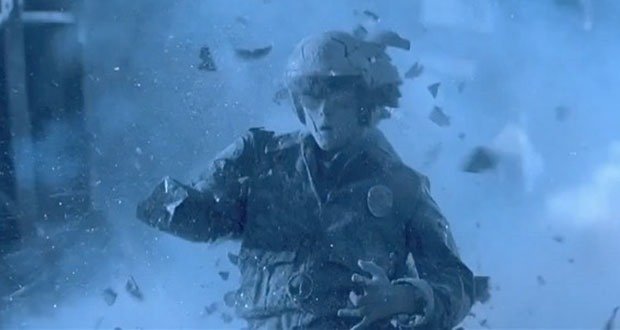 The newest comer on the eco-burial stage is a process called Promession, or put more plainly, freeze-drying. The process involves immersing the corpse in liquid nitrogen, which makes it very brittle. Vibrations shake the body apart and the water is evaporated away in a special vacuum chamber. Next, a separator filters out any mercury fillings or surgical implants, and the powdered remains are laid to rest in a shallow grave. With this shallow burial, oxygen and water can mix with the powdered remains, turning them into compost.

While no one has yet been sent off into the afterlife the Promession way, Promessa, the company developing the service, now has a licensed branch in the United Kingdom and expect to expand to the United States shortly. 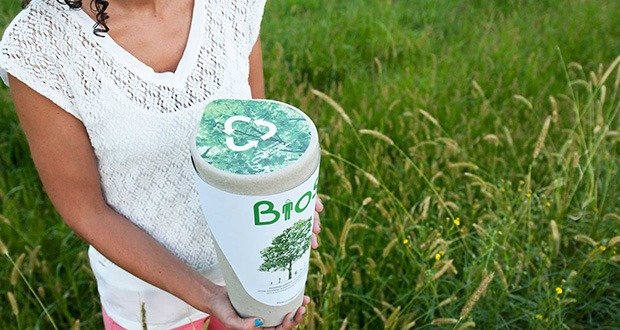 Bios Urn is one of the newest and in my opinion most interesting (along with burial pods). This method starts with cremated ashes which are poured into the bottom of the Bios Urn. The decomposable urn includes soil, a tree seed, and an expandable disk which allows the ashes to continuously mix with the soil, aiding the development of the tree, returning you back to nature.

Bios Urns are currently available in Maple, Pine, Beech, Ash, and Ginko in seed form with a tree sappling option on the way. This method allows the individuals loved-ones to nurture the memory of the deceased while they nurture their tree. They’re even working on a “smart urn” which sends notifications to your phone to remind you to water your tree. 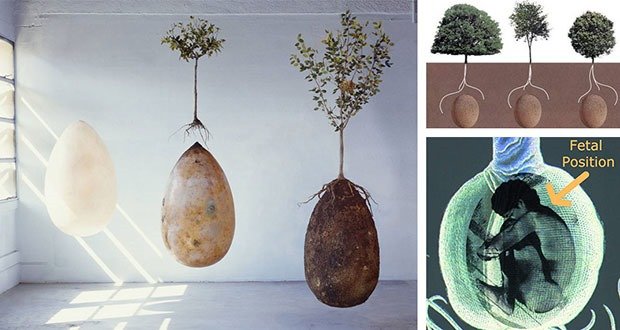 Similar to the Bios Urn, burial pods are natural and aid in the development of a memorial tree. The naked body is placed in the decomposable pod in the fetal position. The entire pod is buried and a tree is planted on top of the pod. The decomposing body and pod provide nutrients to the tree. While still just a concept, the designer of the burial pods envisions peaceful memorial forests where you can spend time with your loved one or have a picnic underneath Nana.