The Administrative Maximum Facility (ADX for short) is a supermax prison (for men) in Colorado housing the baddest of the bad. These criminals are considered the most dangerous cons in the US and this prison has earned the prison the nickname of “Alcatraz of the Rockies.” Described by one former ADX warden as “a cleaner version of hell”, security measures at the prison include attack dogs guarding the area between the prison walls and 12 ft. high razor-wire fences, 1,400 remotely controlled steel doors, motion-detecting laser beams, pressure pads and cameras. Current residents of the prison include infamous “Shoe Bomber” Richard Reid, 9/11 terrorist mastermind Zacarias Moussaoui, and Oklahoma City bombing conspirator Terry Nichols among many, many others. 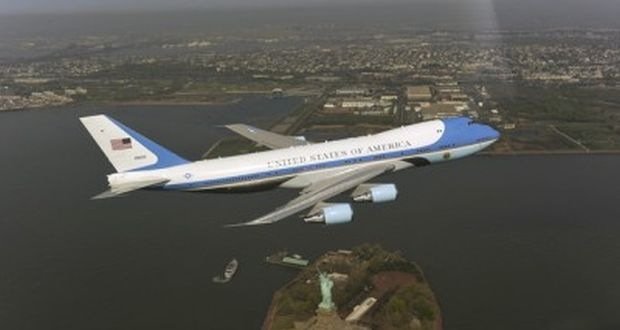 One of the most well-built planes in the world and what many consider the world’s most secure moving location, Air Force One has plenty of security. The United States President travels in a modified Boeing 747-200B series aircraft. It has the world’s most advanced flight avoidance, air-to-air defense, and electronics technology packages available anywhere in the World, all for the protection of the Commander-in-Chief and his entourage. 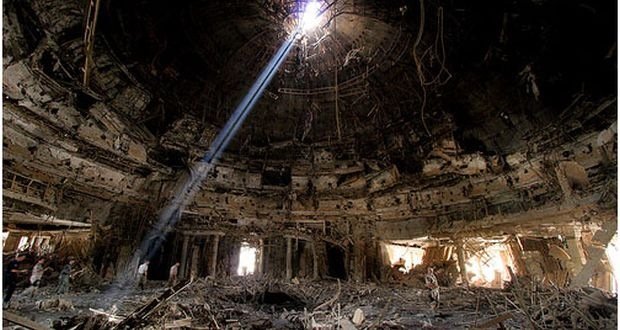 4.  Bahnhof and Wikileaks in stockholm 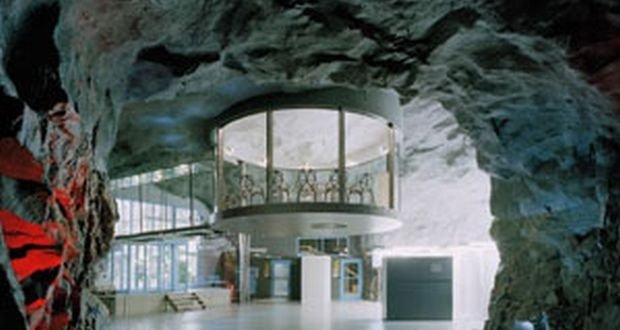 The US State Department probably isn’t very fond of this safe house. Buried 100 feet beneath the streets of Stockholm, this old nuclear bunker is the gadfly of all data centers. That’s because the facility, owned by the Swedish internet provider Bahnhof, famously shelters the servers for WikiLeaks. Julian Assange’s most precious computers hide in this data bunker. Tucked behind a 1.5-foot steel door and driven by back-up generators that can go for weeks, WikiLeaks will keep breathing as long as it’s here. 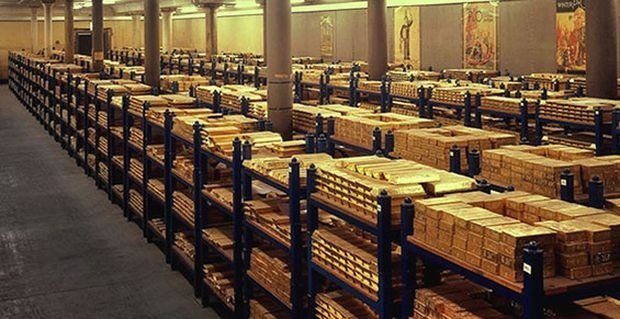 It looks like something straight out of Indiana Jones: the UK’s largest gold vault—second in the world to the Fed in New York—stores 4,600 5152 tons of gold. The bombproof door is unlocked via a sophisticated voice recognition system, aided by multiple three-foot-long keys. (Last I checked, they can’t be duplicated at Lowes.) The bank won’t say how heavy the door is or how deep down the vault is buried, but we do know it has more floor space than London’s Tower 42, a 47-story building. 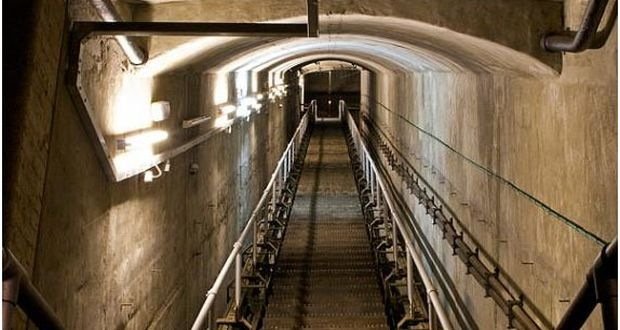 Located 100 feet underground within Britain’s secret subterranean Burlington bunker complex in Wiltshire, England, the 1960’s Bar is a recreation of a pub popular with British Government officials. This top secret base was first constructed during the Cold War and designed to be a refuge for the higher-ups to reconstruct Britain in the event of a nuclear attack…needless to say they figured they would need a few pints to wait out the radiation. 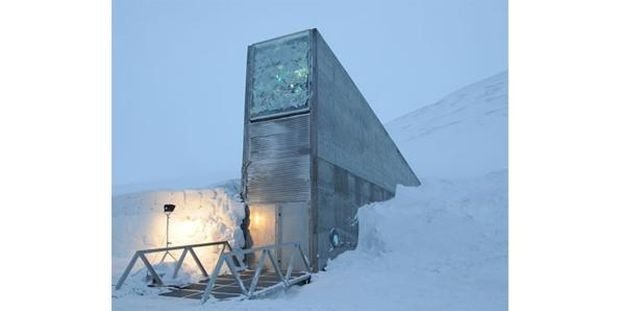 As its name suggests, the vault, officially known as the Svalbard International Seed Vault, is designed to store a wide assortment of seeds in an effort to preserve crop diversity and assure humans will have a source of food no matter what earthly disasters occur.The storage compound is located in Svalbard—one of the remotest places on the planet that’s still fairly accessible. Svalbard is a large, barren rock island in the Arctic Circle, and the vault is situated inside an old copper mine. As if the isolated landscape weren’t enough, the seed safe is defended with blast-proof doors, motion sensors, airlocks, and one meter thick steel reinforced concrete. Its unique climate and position should keep the seeds safe from any disaster, man-made or otherwise, for centuries. 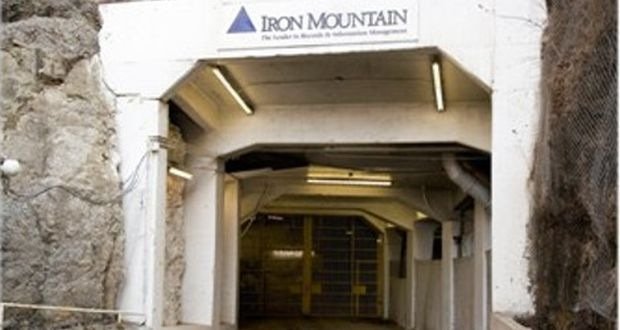 What do the charred remains of Flight 93, the original photo of Einstein sticking out his tongue, and Edison’s patent for the light bulb have in common? They’re all stowed under Iron Mountain. 200 feet below the ground, this retired limestone mine houses 1.7 million square feet worth of vaults. The US government is the biggest tenant, and the identities of 95% of vault owners are confidential. We do know that Warner Brothers, the Smithsonian Institution, and Corbis all have vaults there. Thousands of historic master recordings, photo negatives, and original film reels live here. Iron Mountain is also home to Room 48, a data center backing up some of America’s biggest companies. Two waves of armed guards protect the entrance, and it’s said they inspect guests so thoroughly that even the TSA would be embarrassed. 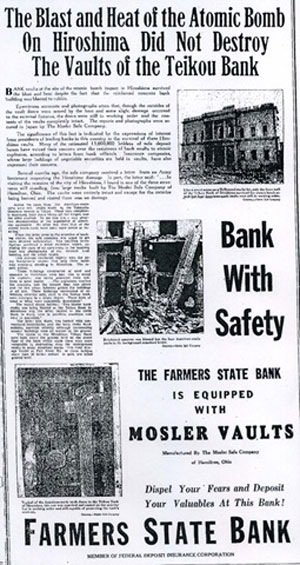 When the Enola Gay dropped Little Boy on Hiroshima, the city and its people were obliterated. But downtown, just a football field away from ground zero, the vault at Teikoku Bank sat undamaged. The exterior was fried but the interior was pristine. Mosler, the company that built the safe, saw the incident as a great marketing opportunity. For the next decade, it exploited the tragedy to boast about the quality of its products. Safe? Certainly. Tactful? Not so much. 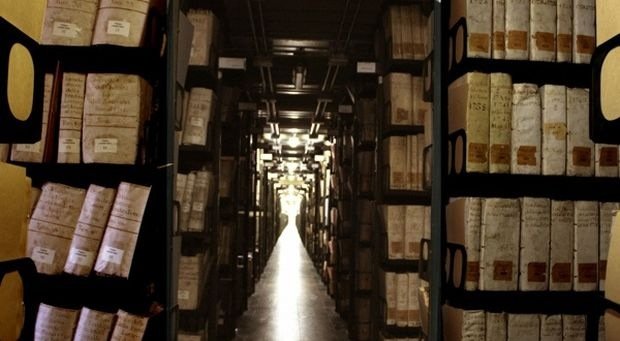 Despite the church’s attempt at openness, critics say the contents aren’t accessible enough since only qualified clergy and academics are allowed inside the facility, and even those granted entry cannot view items without advanced approval. Thus, the skeptics remain, with theories ranging from the cavern hiding gospels that contradict the Bible, to it housing the earliest known collection of pornography and holding plans to control the world. Oddly enough, there’s even an urban legend floating around in some Mormon circles that the Vatican vaults have some missing books of the Bible which verify the Mormon religion is true.