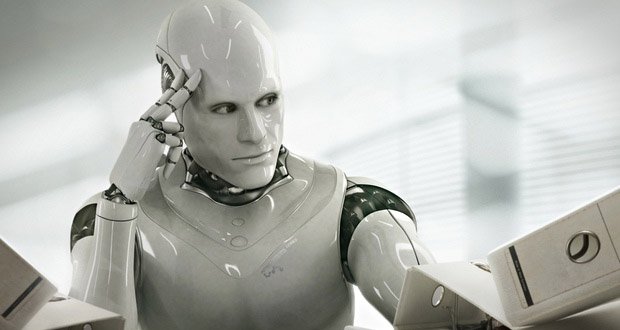 Here is part 2 of Scariest Theories Known to Man. For part 1, click here. 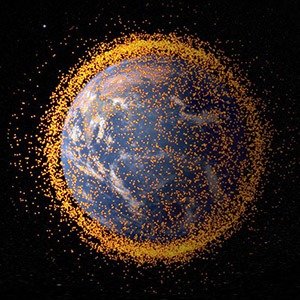 Low Earth Orbit, an area of outer space around Earth that encloses all orbits below 2000 km, is the home of the International Space Station and of other thousands of satellites. It is also becoming a hazardous arena littered with mindless space junk and inoperable spacecraft orbiting at outrageous speeds.

The Kessler Syndrome is a theory proposed by NASA scientist Donald J. Kessler in 1978, used to describe a self-sustaining cascading collision of space debris in Low Earth Orbit. It’s the idea that two colliding objects in space generate more debris that then collides with other objects, creating even more shrapnel and litter until the entirety of LEO is an impassable array of super swift stuff. At that point, any entering satellite would face unprecedented risks of headfirst bombardment. The cloud of debris could last for centuries or more, and the more satellites we launch the more likely it is to happen. . This could effectively make launching satellites (or any manned craft intended for extended stays in space) impossible, sending us into a sort of dark ages again.

2. Heat Death of the Universe 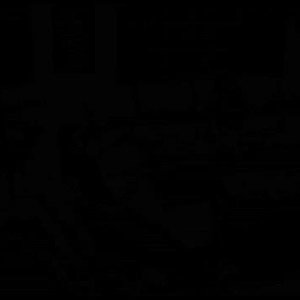 Thermodynamics dictates that large systems in universe evolve toward equilibrium over time. This is a balanced, calm state where no more reactions are favorable; nothing has energy to gain or lose compared to anything else. 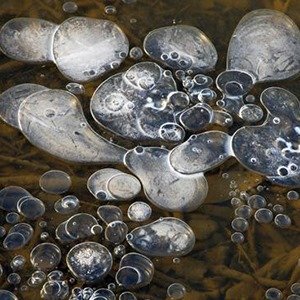 Huge quantities of methane are held in ice-like structures in the cold northern bogs and the bottom of the seas. They are called clathrates (or cathrates). They are stable only in the cold or under high pressure. Methane is 24 times more potent a greenhouse gas than CO2. The estimated amount of methane stored in these clathrates is gargantuan. They are the largest concentration of methane found on earth.

The clathrate gun hypothesis suggests that the mass release of methane from methane clathrates on the ocean floor may have triggered catastrophic global warming, in turn causing mass extinction, at least once in the Earth’s ancient past. There is a suggestion that the ocean’s bottom waters couldn’t warm up to 8°C. If so, that would certainly set off massive clathrate destabilization. This is what turns the clathrates into a ticking time bomb.

The “gun” part of the clathrate gun hypothesis refers to both the fact that once it gets going, it can’t be stopped, and its lethal effects. Once the planet starts warming, circulation in the oceans would decrease, causing large areas of ocean to turn anoxic, killing off life in huge numbers. 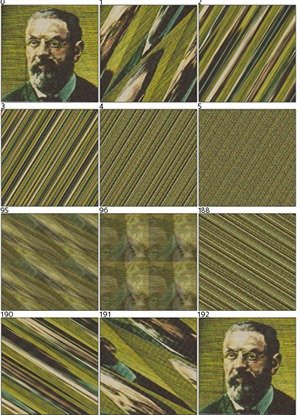 In mathematics, the Poincaré recurrence theorem states that, after a sufficiently long (unfathomably long) but finite time, all closed systems will sample any accessible state and will return to a state very close to the initial state. The Poincaré recurrence time is the length of time elapsed until the recurrence (this time may vary greatly depending on the exact initial state and required degree of closeness). If you play bridge long enough you will eventually be dealt any grand-slam hand, not once but several times. This means what is happening now will eventually repeat again after a very long period of time in the future and you might have already read this page a long time ago. 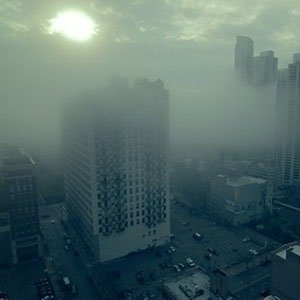 Grey goo, a term coined by nanotechnology pioneer Eric Drexler, refers to a hypothetical end-of-the-world event involving nanotechnology in which out-of-control self-replicating robots consume all life on Earth while building more of themselves (a scenario known as ecophagy). It is usually used in a science fictional context.

In a worst-case scenario, all of the matter in the universe could be turned into goo (with “goo” meaning a large mass of replicating nanomachines lacking large-scale structure, which may or may not actually appear goo-like), killing the universe’s residents. The disaster could result from an accidental mutation in a self-replicating nanomachine used for other purposes, or possibly from a deliberate doomsday device. 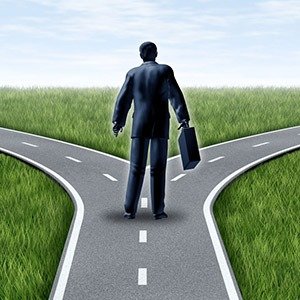 “Though we feel that we can choose what we do, our understanding of the molecular basis of biology shows that biological processes are governed by the laws of physics and chemistry and are therefore as determined as the orbits of the planets.”

Basically, free will and consciousness are illusions. It’s all just chemical reactions in your brain and the stronger ones are the ones that make your decisions. That would explain why people can completely change personalities with traumatic brain damage or make stupid decisions when impaired. 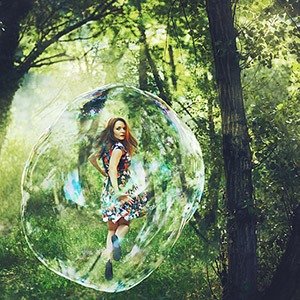 The philosophical idea of solipsism implies that the only thing that you know truly exists is your own mind. Everything else outside of one’s own mind/conscious is not guaranteed to exist. Your surroundings and the consciousness of others cannot ever be proven to exist. A step further into metaphysical solipsism and one can make the claim that the external world and other minds do not exist, where you are the one true reality, all the stimuli you encounter are a representation of yourself, and everything else has no independent existence. Basically, everyone you know and everything you’ve seen are merely external stimuli created by your own mind.

A depressing idea is that of onism, where because you are limited to only one body at one point in space and time, you miss out on so many experiences, people, and places due to the impossibility of ever encountering everything life has to offer. Life is essentially a series of rooms with varying numbers of doors in each that represent diverging decisions, both small and large, that one must pass through and can never go back through to open and see what might have been. Even if you had the ability to go back through doors you crossed to access other doors in order to experience what may have been (which would basically create billions of permutations as to how your life pans out) , you are still limited to those experiences that you would have encountered because those are just the branching story lines and options granted to you in your own life and time span, due to the impossibility of inhabiting another person at a different point in time and space. 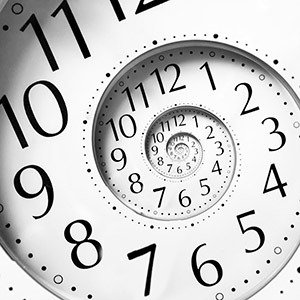 Scientists have come up with the radical suggestion that the universe’s end may come not with a bang but a standstill – that time could be literally running out and could, one day, stop altogether.

The motivation for this radical end to time itself is to provide an alternative explanation for “dark energy” – the mysterious antigravitational force that has been suggested to explain a cosmic phenomenon that has baffled scientists.

A decade ago, astronomers noticed that distant supernovae – exploding stars on the very fringes of the universe – seemed to be moving faster than those nearer to the centre, suggesting that they were accelerating as they shot through space. Dark energy was suggested as a possible means of powering this acceleration of the expansion of the cosmos. The appearance of acceleration is caused by time itself gradually slowing down, like a clock that needs winding. 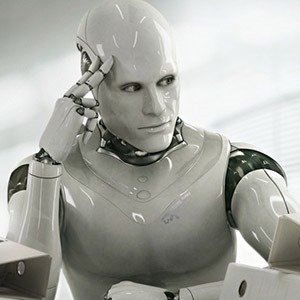 Technological singularity was a term coined by Vernor Vinge, the science fiction author, in 1983. “We will soon create intelligences greater than our own,” he wrote. “When this happens, human history will have reached a kind of singularity, an intellectual transition as impenetrable as the knotted space-time at the center of a black hole, and the world will pass far beyond our understanding.”

And that’s saying something: thanks to the nature of exponential growth, technological advance is already making headway at the fastest pace we’ve ever seen. 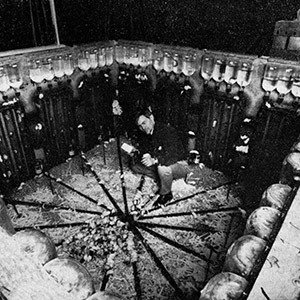 The ethologist John B. Calhoun coined the term “behavioral sink” to describe the collapse in behavior which resulted from overcrowding. Over a number of years, Calhoun conducted over-population experiments on rats. He built a mouse paradise with beautiful buildings and limitless food. He introduced eight mice to the population. Two years later, the mice had created their own apocalypse. The colony peaked at 2200 and from there declined to extinction. Once a tipping point was reached, the mice lost instinctual behaviors. Lone females retreated to isolated nesting boxes on penthouse levels. Other males, a group Calhoun termed “the beautiful ones,” never sought sex and never fought—they just ate, slept, and groomed, wrapped in narcissistic introspection. Elsewhere, cannibalism, pansexualism, and violence became endemic. Mouse society had collapsed. Scientists extrapolate this model to humans on earth.

June 9, 2015
Latest Posts
Subscribe to Blog via Email
Did you know?
Loading...
Facts of the Day
Registration is disabled.