Here is the part 2 of the part 5 series of Most Expensive Items in the World. For part 1, click here. 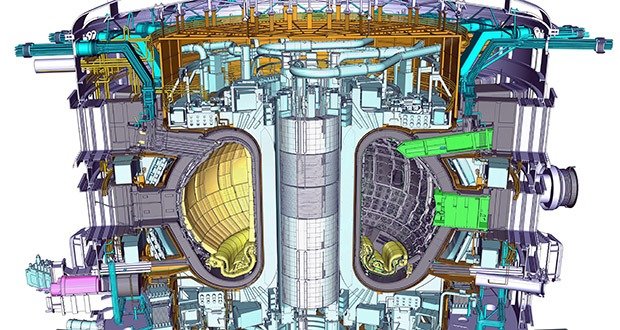 Edging out the Large Hadron Collider by a mere half-billion, the ITER is a joint coalition by China, the European Union, India, Japan, Russia, South Korea, and the United States, with an anticipated completion date of 2016. This installation is an international tokamak (magnetic confinement fusion) research/engineering project that could help to make the transition from today’s studies of plasma physics to future electricity-producing fusion power plants. 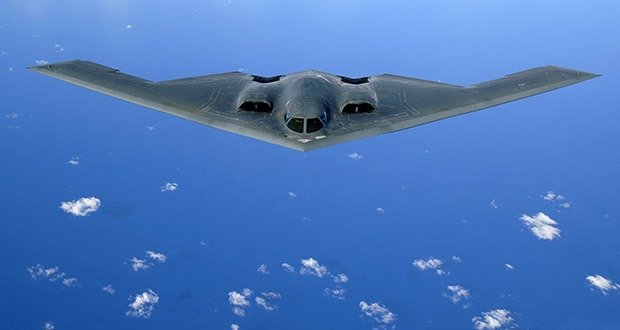 First developed by Northrop Grumman in 1989, in use since 1993, and with a recent upgrade that projects service to continue through 2058, the B-2 Spirit is a heavy strategic bomber, featuring low observable stealth technology designed for penetrating dense anti-aircraft defenses; it is a flying wing design with a crew of two. The bomber can deploy both conventional and thermonuclear weapons, and can carry sixteen 2,400 lb (1,100 kg) B83 nuclear bombs. The B-2 is the only acknowledged aircraft that can carry large air-to-surface standoff weapons in a stealth configuration. Only 21 have been produced, and all (minus one crash) are still in service. 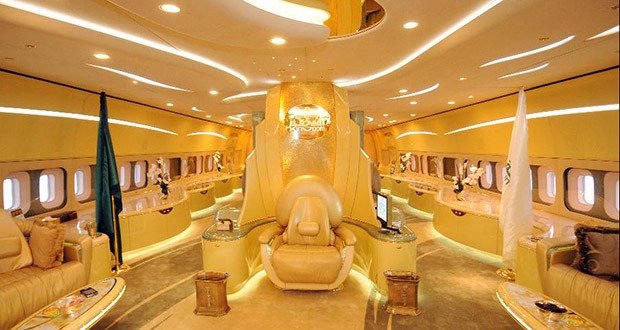 While the Airbus is conventionally a commercial airliner, when you’re a Saudi prince worth about $22 billion, you can afford to make it your own. Despite something of a scandal regarding the Prince’s purchase of the plane, including defaults on payments to Airbus and a rather quick resale, the aircraft still retains the spot as the most valuable plane bought privately. 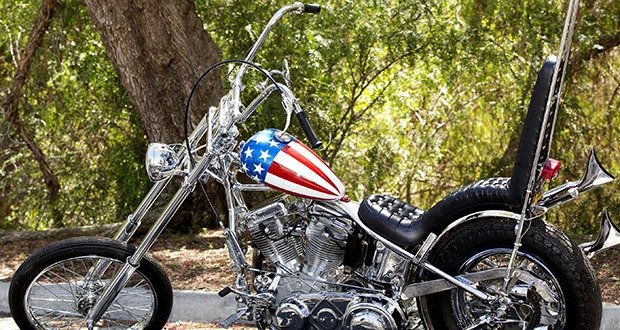 This Harley-Davidson was a pivotal piece in the 1969 film “Easy Rider”, a counterculture classic. Sold by California-based auction company Profiles in History in 2014, this piece of movie memorabilia maintains the title of the most valuable motorcycle in existence. 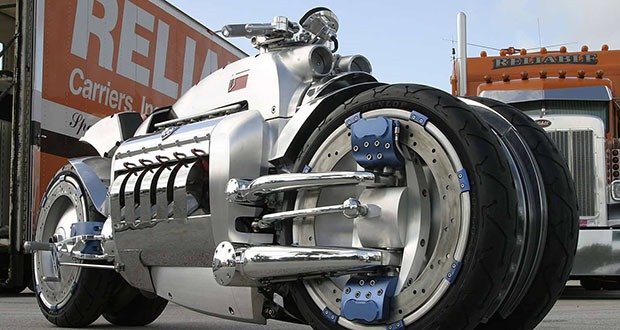 While that’s the formal holder of the title, the most expensive original retail price of any motorcycle goes to the far more unusual 2003 Dodge Tomahawk, a four-wheeled concept bike with a full size Dodge Viper engine (500 horsepower, 500 cubic-inch V10) that propels the bike from zero to 60 mph in 2.5 seconds, and a theoretical top speed of between 300 and 400 miles per hour (420 was the original number quoted by Dodge), though at that speed the laws of physics dictate that a rider cannot stay on the bike. Nine replicas were sold through luxury catalogue Nieman Marcus as “automotive sculpture” to avoid the fact that they are very much not street legal, at a price of $550,000 apiece. 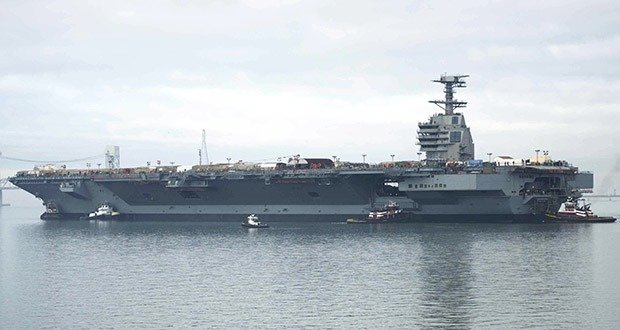 The newest class of supercarrier of the United States Navy, replacing the Nimitz-class, is the Ford-class; the first example, the USS Gerald R. Ford, is shown here. At a length of 1106 feet, containing 25 decks, a carrying capacity of more than 75 aircraft, and maintaining a pair of A1B nuclear reactors as a power source, CVN-78 is the most expensive seafaring vessel in history. Updates from previous generations of aircraft carriers include the implementation of an Electromagnetic Aircraft Launch System, eliminating the need to store steam for more conventional launches. 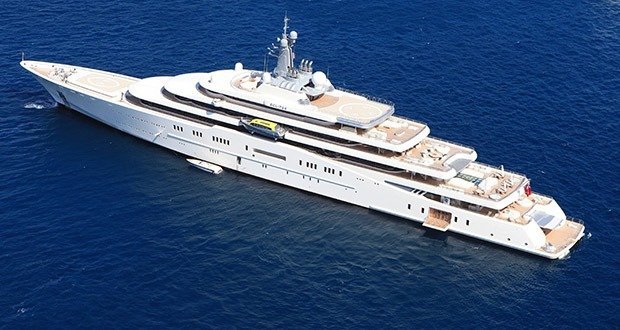 Though official costs have never been announced for the majority of “superyachts”, one of the frontrunners is Eclipse, a 533 foot motor yacht built by Blohm and Voss for Russian billionaire Roman Abramovich, and completed in 2010 with an estimated construction cost between $375,000,000 and $1,200,000,000 (that’s quite a lot of room, I know, but details regarding construction tend to me nonspecific, particularly financial details). Requiring a crew of 70, this floating palace can reportedly accommodate 36 guests, and retains two helipads as well as its own submarine. 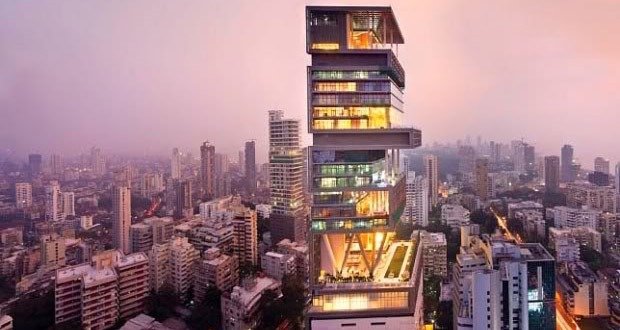 Though not a home in the traditional sense, Antilia is the name given to the residence of Mukesh Ambani, India’s richest man (at ~$23,000,000,000 net worth), who spent an unspecified amount, projected to conservatively be between $500,000,000 – $700,000,000, constructing this 27-story, 400,000 square-foot monolith in Mumbai, India. Containing, six underground parking floors (with space for 168 cars), three helicopter pads, a spa, terraced gardens, a ballroom, a 50-seat theater, and requiring a 600-person staff to maintain, Antilia is actually claimed to have risen in value to the $1,000,000,000 mark as the result of rising property values in south Mumbai. 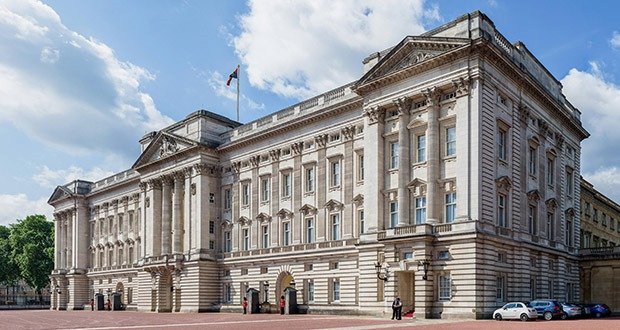 However, this property falls second in terms of evaluated property value to Buckingham Palace, which, with 775 rooms, including 52 bedrooms, 78 bathrooms, 92 offices, 19 state rooms, and 188 staff rooms, was estimated by the Nationwide Building Society of England to have a value of approximately $1.55 billion. As such, not likely to come onto the market anytime soon, so the title goes to Antilia. 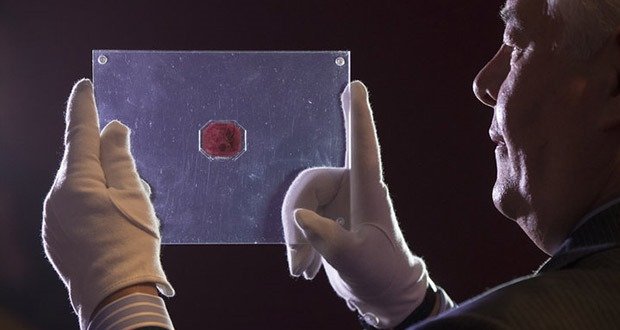 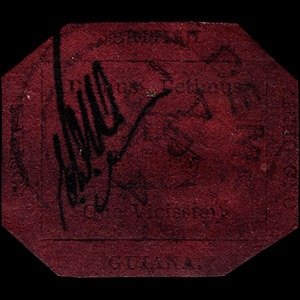 This unique stamp has broken the world record for most valuable stamp at four different sales, commanding nearly eight figures at its most recent sale. Not bad for a 1 inch by 1.5 inch piece of colored paper. This stamp has a legend unmatched in the world of collectors: Issued as an emergency substitute for low numbers of official stamps by a newspaper in what is now Guyana, the piece was first sold by a Scottish boy named Vernon Vaughn after finding it in his family’s papers, for a price of six shillings (then equivalent to approximately $1.50). From there it has been in several famous collections, was part of World War I reparations from Germany to France, and was underbid by English King George V, today remaining the only major rarity that is not represented in the Royal Family’s heirloom collection of British stamps. It was sold most recently for the record-breaking price at a 2014 Sotheby’s auction as part of the collection of John E. DuPont (of Foxcatcher infamy) to an anonymous bidder. 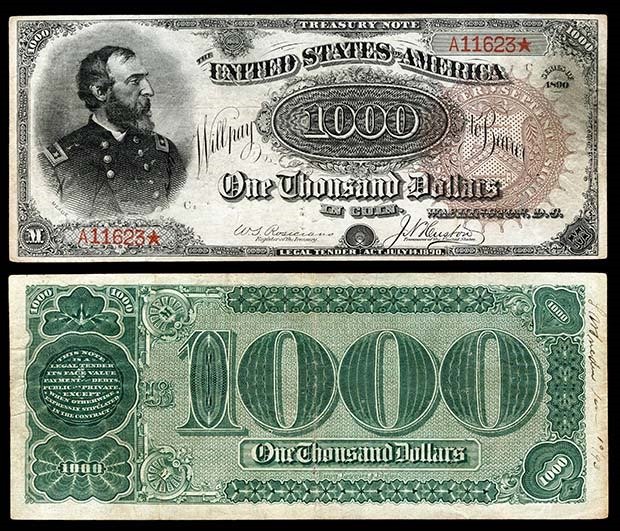 This piece, the only copy in private hands, is referred to as the “Grand Watermelon” design due to the unusual resemblance of the zeroes on the reverse of the note to watermelons. The piece was such an unusual issue when printed, numbering less than 200 original pieces, that the selection of historical figures to put on the front of the bill was limited from Presidents and Founding Fathers to U.S. Civil War general George Meade, commanding officer of the victorious Army of the Potomac at Gettysburg, but a figure that was constantly overshadowed by the General in Chief, and future President, Ulysses S. Grant. The note’s rarity, high denomination, and condition grade led to the record-setting sale by Heritage Auctions in early 2014.

One of four copies of the international version of this poster believed to exist, advertising Fritz Lang’s influential science fiction film about a highly stylized futuristic city where a beautiful and cultured utopia exists above a bleak underworld populated by mistreated workers, was auctioned by the United States Bankruptcy Court in 2012. Of the remaining three examples of this, the “crown jewel of the poster world”, only one is in private hands (anonymously held, though popularly believed to be Leonardo DiCaprio), the other two residing in the United States Museum of Modern Art and the Austrian National Library. In the early days of cinema, movie posters were considered to be common advertising equipment rather than a collectible, and were often thrown out. Pristine examples of classic films are today in high demand with relatively low supply; no original examples exist today of the classic 1922 “Nosferatu” or large versions of the original 1931 “Dracula”, which would stand a decent chance of breaking the record if discovered. This piece was bought for $690,000 individually in 2005, and was part of a group lot containing classic movie posters as well as the original art for the poster advertising Elvis Presley’s “Jailhouse Rock” which together brought the $1,200,000 high value and were sold to poster dealer Ralph DeLuca, accounting for the range in price seen above.

25 Insider Secrets Spilled by our Readers