Marvel one of the biggest comics companies has gained the status as the most relevant in pop culture thanks to the great job that it has been doing during the last ten years of its highly successful cinematographic universe.

In this article we will talk about the 10 Most Obscure and Rare Marvel Facts to know a bit more about a side most fans and people around the world ignore about marvel: 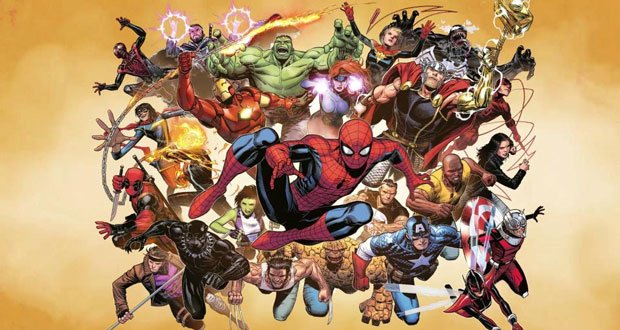 1. One of the rarest facts that most of the fans don’t know is that Marvel Comics has a close relationship with its biggest competitor: DC comics. It started in 1976 when they decided to do a series of crossover that started with their most successful characters: Superman Vs. The Amazing Spider-Man: Battle of the Century.

2. Spider Man’s comic Dark Reign features a very obscure storyline for the web fighter, as he regrets at his elder days that her beloved Mary Jane died because of cancer produced by his radioactive sperm while trying to procreate their kids when they were a young couple.

3. The controversial Tony Starks, the multi-billionaire Playboy genius that owns the Iron Man suit is also the owner of the private military Area 51 in one of Marvel storylines.

4. Not every Marvel superhero is rough and ferocious, matter of fact some of them are funny and with very odd powers like the Squirrel Girl, whose superpower is to have mind control over the little and cute animals in question, she even defeated one of the most powerful villains in Marvel, Mister Doom, by flooding his aircraft with millions of squirrels.

5. Venom, one of the most well-known anti-heroes of Marvel, was stolen from an idea a Marvel fan sent to the company about a completely black costume for Spider-Man, they bought the idea and slowly twisted it until they created one of the most iconic characters in comic’s history for just 200 us dollars. 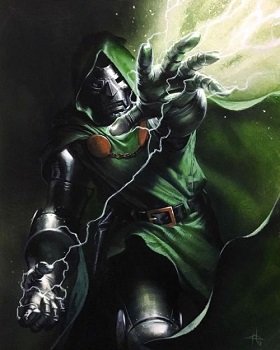 6. In all the whole Marvel Universe multiverse storylines, the only one where there are peace and prosperity for the whole human race is when Doctor Doom achieves his goal of dominating the world.

7. Marvel published a series of comic books where Deadpool hunted and killed characters from renowned children’s book classics like the little mermaid and Sherlock Holmes. This is very twisted, but is not a new concept for marvel, as they have released before this a series of comics called: Deadpool Kills The Marvel Universe, where Deadpool embarked himself on the adventure of killing every major character of Marvel Universe.

8. Stan Lee, the co-creator of most of the Marvel Universe, once posed completely nude for the cover of a book that would talk about how the Marvel company worked to develop and published their comic books, thank god that picture didn’t make it to the book but its existence has been confirmed by the company and Stan Lee’s family.

9. Marvel allegedly killed Captain America’s sidekick, Bucky, as they decided on a certain point that the figure of the superhero’s sidekick is a very twisted idea, just think about it: you are an adult superhero that trains a young kid to help and assist you in the dangerous task of fighting criminals and villains that try to take control over the planet. Stan Lee thought that it was an extremely bad concept in the superheroes industry and once they figured that out, they just killed their only sidekick character, and even to this date, there isn’t a young sidekick figure in any of Marvel’s comics.

10. The actor responsible for the Kickstart of the unmatched ten years of glory of the Marvel Cinematographic Universe, Robert Downey Jr., almost didn’t make it as the eccentric alcoholic millionaire if it wasn’t because the Director, John Favreau insisted on Robert reprising that role by negotiating and mediating between Marvel Studios and the famous actor, because they thought it would be detrimental for the movie the fact that the actor had alcoholism problems well known for the public eye, but the director of the Iron Man believed that he was the right man for the job and he fought until the end until they gave Rob the roll, and oh boy he was definitely right. Iron Man sets the tone for the Infinity Saga that lasted for 10 years and ended with the same line that started it all: I AM IRON MAN.