Here are 10 Most Produced Combat Aircrafts. 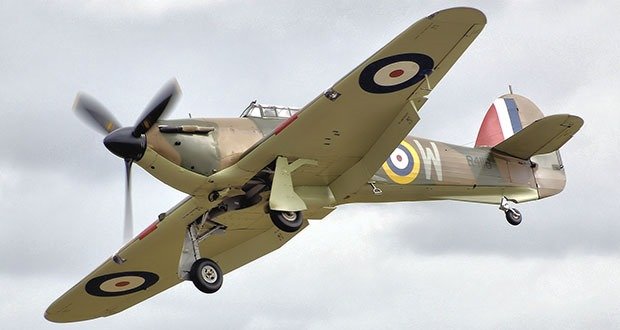 The Hawker Hurricane is a British single-seat fighter aircraft that was designed and predominantly built by Hawker Aircraft Ltd for the Royal Air Force (RAF). Although largely overshadowed by the Supermarine Spitfire, the aircraft became renowned during the Battle of Britain, accounting for 60% of the RAF’s air victories in the battle, and served in all the major theatres of the Second World War. 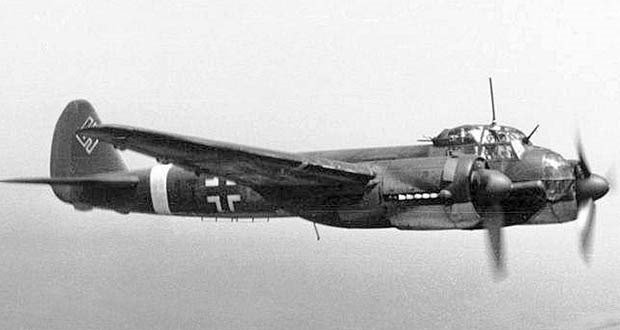 The Junkers Ju 88 was a German World War II Luftwaffe twin-engined multi-role combat aircraft. Designed by Junkers Flugzeug- und Motorenwerke (JFM) in the mid-1930s to be a so-called Schnellbomber (“fast bomber”) which would be too fast for any of the fighters of its era to intercept, it suffered from a number of technical problems during the later stages of its development and early operational roles, but became one of the most versatile combat aircraft of the war. Like a number of other Luftwaffe bombers, it was used successfully as a bomber, dive bomber, night fighter, torpedo bomber, reconnaissance aircraft, heavy fighter and even, during the closing stages of the conflict in Europe, as a flying bomb. 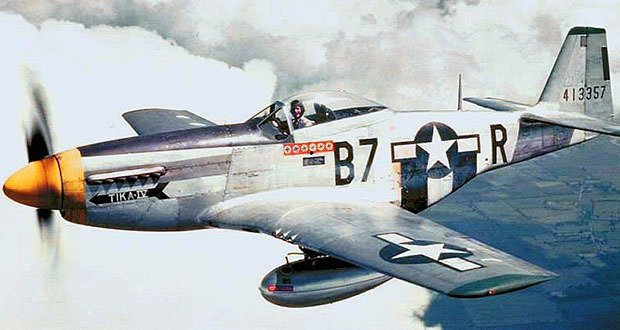 The North American Aviation P-51 Mustang was an American long-range, single-seat fighter and fighter-bomber used during World War II, the Korean War and other conflicts. The Mustang was conceived, designed and built by North American Aviation (NAA) in response to a specification issued directly to NAA by the British Purchasing Commission. The prototype NA-73X airframe was rolled out on 9 September 1940, 102 days after the contract was signed and, with an engine installed, first flew on 26 October. 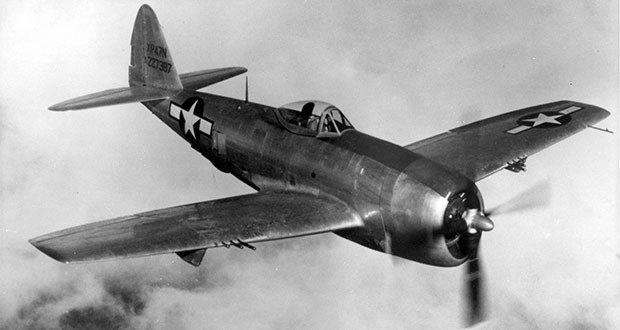 The Republic P-47 Thunderbolt was one of the largest and heaviest fighter aircraft in history to be powered by a single piston engine. It was heavily armed with eight .50-caliber machine guns, four per wing. When fully loaded, the P-47 weighed up to eight tons, and in the fighter-bomber ground-attack roles could carry five-inch rockets or a significant bomb load of 2,500 pounds; it could carry more than half the payload of the B-17 bomber on long-range missions (although the B-17 had a far greater range). The P-47, based on the powerful Pratt & Whitney R-2800 Double Wasp engine—the same engine used by two very successful U.S. Navy fighters, the Grumman F6F Hellcat and Vought F4U Corsair, was to be very effective as a short-to-medium range escort fighter in high-altitude air-to-air combat and, when unleashed as a fighter-bomber, proved especially adept at ground attack in both the World War II European and Pacific Theaters. 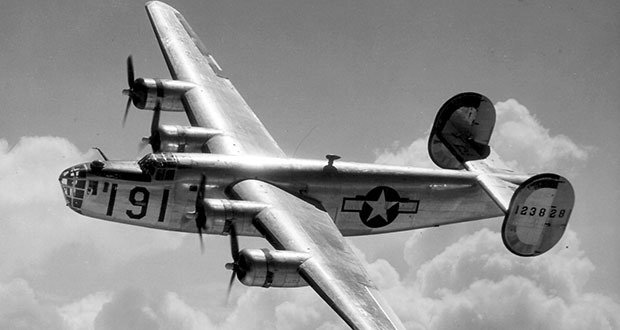 The Consolidated B-24 Liberator was an American heavy bomber, designed by Consolidated Aircraft of San Diego, California. It was known within the company as the Model 32, and a small number of early models were sold under the name LB-30, for Land Bomber. The B-24 was used in World War II by several Allied air forces and navies, and by every branch of the American armed forces during the war, attaining a distinguished war record with its operations in the Western European, Pacific, Mediterranean, and China-Burma-India Theaters. Often compared with the better-known Boeing B-17 Flying Fortress, the B-24 was a more modern design with a higher top speed, greater range, and a heavier bomb load; it was also more difficult to fly, with heavy control forces and poor formation-flying characteristics. Popular opinion among aircrews and general staffs tended to favor the B-17’s rugged qualities above all other considerations in the European Theater. 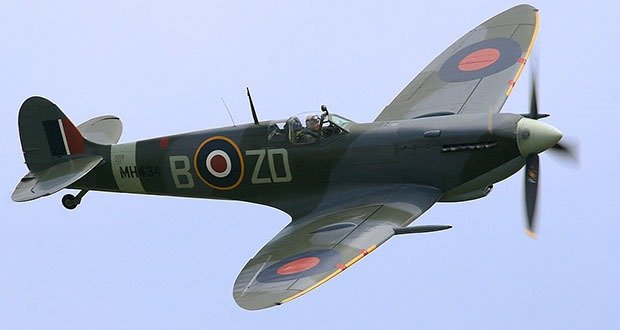 The Supermarine Spitfire is a British single-seat fighter aircraft that was used by the Royal Air Force and many other Allied countries during and after the Second World War. The Spitfire was built in many variants, using several wing configurations, and was produced in greater numbers than any other British aircraft. It was also the only British fighter to be in continuous production throughout the war. The Spitfire continues to be a popular aircraft, with approximately 53 Spitfires being airworthy, while many more are static exhibits in aviation museums all over the world. 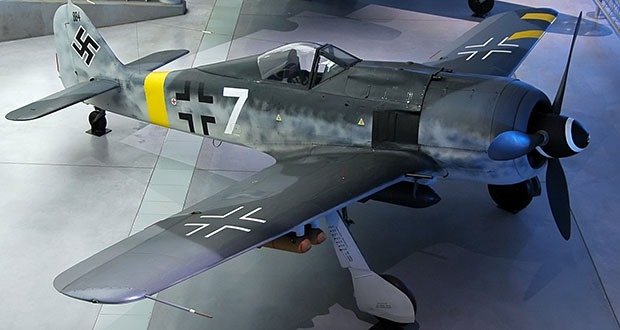 The Focke-Wulf Fw 190 Würger (English: Shrike) was a German single-seat, single-engine fighter aircraft designed by Kurt Tank in the late 1930s and widely used during World War II. Along with its well-known counterpart, the Messerschmitt Bf 109, the Fw 190 became the backbone of the Luftwaffe’s Jagdwaffe (Fighter Force). The twin-row BMW 801 radial engine that powered most operational versions enabled the Fw 190 to lift larger loads than the Bf 109, allowing its use as a day fighter, fighter-bomber, ground-attack aircraft and, to a lesser degree, night fighter. 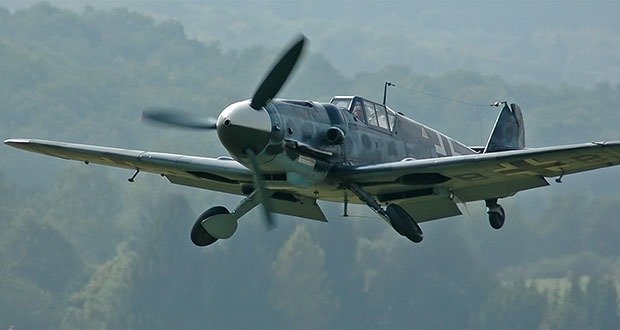 The Messerschmitt Bf 109, sometimes incorrectly called the Me 109 (most often by Allied pilots and aircrew), was a German World War II fighter aircraft designed by Willy Messerschmitt and Robert Lusser during the early to mid-1930s. The “Bf 109” Designation was issued by the German ministry of aviation and represents the developing company Bayrische Flugzeugwerke (at which the engineer Messerschmidt led the development of the plane) and a rather arbitrary figure. It was one of the first truly modern fighters of the era, including such features as all-metal monocoque construction, a closed canopy, a retractable landing gear, and was powered by a liquid-cooled, inverted-V12 aero engine. 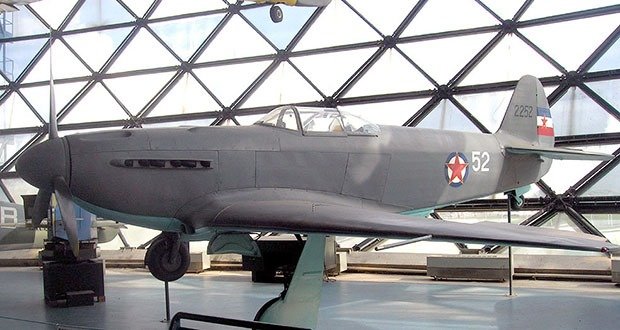 The Yakovlev Yak-3 was a World War II Soviet fighter aircraft. Robust and easy to maintain, it was much liked by pilots and ground crew alike. It was one of the smallest and lightest major combat fighters fielded by any combatant during the war, and its high power-to-weight ratio gave it excellent performance. It proved a formidable dogfighter. Marcel Albert, World War II French ace, who flew the Yak in USSR with the Normandie-Niémen Group, considered it a superior aircraft to the P-51D Mustang and the Supermarine Spitfire. After the war ended, it flew with the Yugoslav and Polish Air Forces. 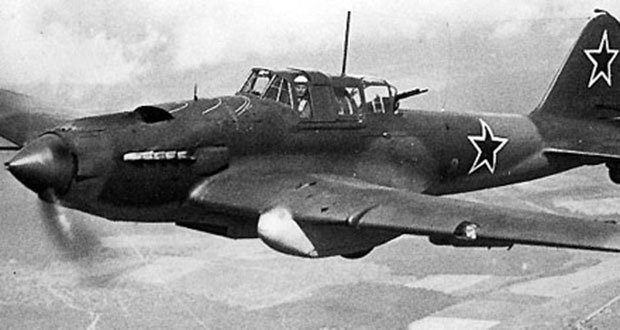 The Ilyushin Il-2 Sturmovik was a ground-attack aircraft in the Second World War, produced by the Soviet Union in very large numbers. With 36,183 examples of the Il-2 produced during the war, and in combination with its successor, the Ilyushin Il-10, a total of 42,330 were built, making it the single most produced military aircraft design in aviation history, as well as one of the most produced piloted aircraft in history along with the American postwar civilian Cessna 172 and the Soviet Union’s own Polikarpov Po-2 Kukuruznik biplane, itself sometimes seen side-by-side with the big armored Ilyushin monoplane on the front lines.

5 Propulsion Systems that could take Humans to Stars