Think you don’t know anything about transcription? You’re mistaken, and now we will prove it to you. At school or college, did you write down information in a notebook after the teacher? Or maybe at the conference, you wrote down the essential thoughts of the speaker? Verbatim and note-taking are the simplest forms of transcribing the text. In essence, transcription is the translation of video or audio file to text in two ways: manual or automatic.

Humanity has long been familiar with this process, which originated along with writing skills. People tried to record the speeches of orators, sages, and rulers. In this way, they tried to preserve the thoughts of preachers, useful recipes of healers, and essential knowledge in all areas of life. Now transcription services are used in journalism, educational processes, politics, scientific activity, etc. Curious to know more facts about verbatim transcription? Then read these ten unique facts!

1. Transcriptionists In Ancient Egypt Were Exempt From Taxes 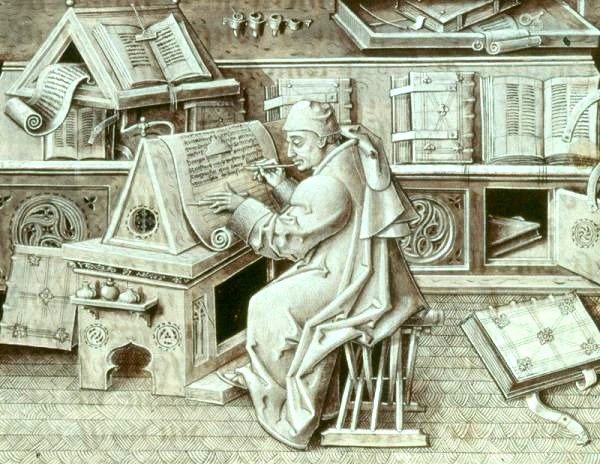 In ancient Egypt, transcriptionists were called scribes – they were a respected group in ancient Egyptian society. The scribes were the so-called official writers who recorded the information of the time. Working as a scribe involved many different directions, for example, recording history and important events, describing everyday life, drafting contracts, census of the population of ancient Egypt, calculating taxes and recording court cases, conducting calculations for the pharaoh and government officials, etc.

Notable is the fact that only one in 100 ancient Egyptians could read and write. It was tough to be a scribe because, in total, there were about a hundred different hieroglyphs to be memorized. It took twelve years to train a scribe, and only boys could be scribes. Teachers taught scribes in Ancient Egypt to write hieroglyphs on wood, pottery, stone, and papyrus. Almost all the knowledge we know about Ancient Egypt came from the creativity and art of the ancient Egyptian scribe. Therefore, such people were exempted from taxes and physical strength.

2. John Florio – The Man Who First Talked About Transcription

John Florio is an English linguist, lexicographer, and translator. John spoke English with his mother, Italian with his father. In addition, his father studied French and German with him. John Florio taught aristocrats foreign languages and European manners. He published several English translations from Italian into English and created the Italian-English dictionary to exalt the English language.

The main merit of John Florio is the Italian-English Dictionary, which he published in 1598. It was this scientist who first spoke about the word – transcription. The author noted in the dictionary that Trascrittione means transcription, spelling, or copying – today, this meaning is used in all encyclopedias. 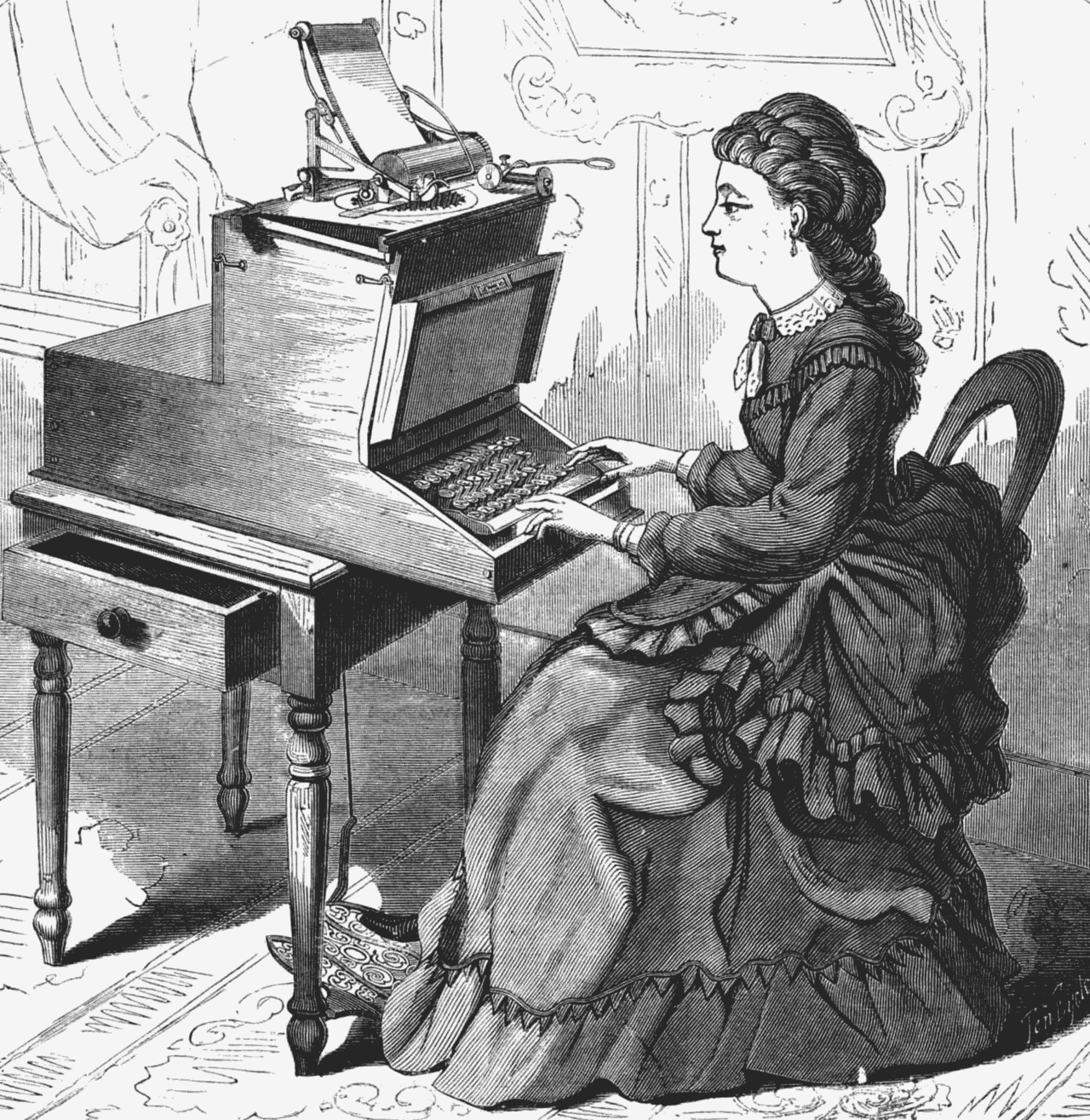 The idea of inventing the typewriter in society has matured for a long time. Back in 1714, a royal decree was issued in England, ordering a device for printing various texts. However, it was only 100 years later that the world was able to see the typewriter. The Sholes and Gidden typewriter, known as the # 1 Remington, was the first mass-produced, commercially successful typewriter and paved the way for all subsequent typewriters.

The famous American writer Mark Twain was among the first buyers of the typewriter. For a long time, however, typewriters were viewed as a luxury item. Therefore, the developers have improved the device and made it more affordable. In 1910, the Remington company sold its models on sewing machine platforms. Consequently, 81% of transcriptionists were women, as they saw prospects in this profession.

Even though the world saw typewriters in 1808, the peak of popularity overtook only in 1998. People believed that a person who could type 40 words per minute was a professional. The moderate rate was 35 wpm, and the slowest was 23 wpm. However, today these figures are different. In 2021, 40-60 words per minute are considered the average typing speed. An expert wishing to work for a transcription company must type 120 words per minute – this indicator indicates a high qualification.

A transcriber is a special machine with artificial intelligence and voice-to-text software. The program uses several sound parameters to measure the voice: the frequency and length of the sound wave at a certain point in time. For example, when you talk to a voice assistant, the software splits your voice into 25-millisecond slides and converts each segment into digital signatures. After that, the signature blocks are compared with the internal catalog of the program’s sounds until the number of matches is high enough for the AI ​​to translate the numbers into an alphabetic query that it understands. 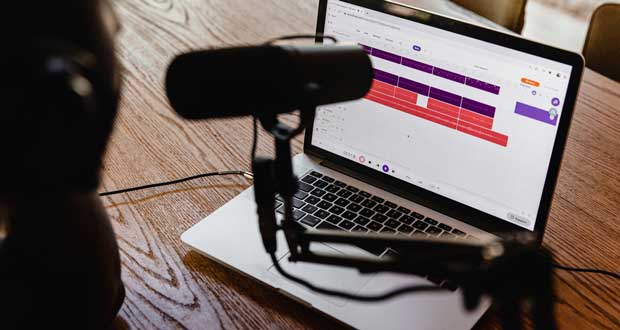 The average person speaks 150 words per minute – that’s four times more than we can type in the same amount of time. For this reason, professional human transcribers spend 5 hours transcribing an hour-long recording. At the same time, the time spent on deciphering a video or audio file may increase depending on the sound quality: the more background noise and accents, the more time it takes for an expert.

7. QWERTY – The Most Controversial Keyboard

While typing, you probably wondered why the keys on the keyboard are arranged in this order. The reason for the layout of the familiar QWERTY keyboard is somewhat contradictory and exciting.

When Christopher Latham Scholes launched a typewriter in 1868, he developed a keyboard style – QWERTY. The keyboard was like a piano with 28 keys – the publisher strove to make the keyboard as memorable as possible for the user.

Later, the author of the invention improved the machine by placing block letters in four rows. The top row had numbers from 0 to 9, and the second row had vowels and punctuation marks. Scholes placed the remaining letters on the last two lines. Then the layout went through a lot of changes but reached the look that we have now. 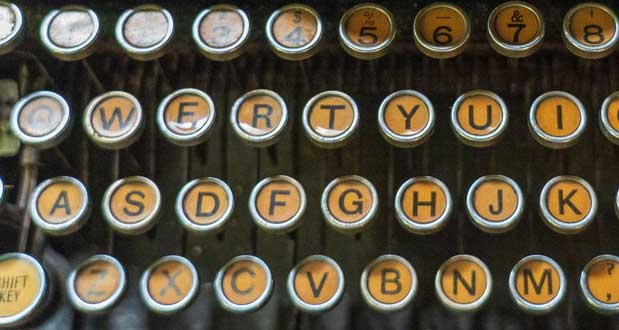 In 1946, Stella Pajunas became the record holder for typing using an alphanumeric keyboard. Her record will be 216 words per minute. At this pace, she typed for 50 minutes – Stella used a QWERTY keyboard to achieve the record. Surprisingly, many scholars believe that Stella broke the record of Barbara Blackburn, who used Dvorak’s keyboard in 1946 to reach a typing speed of 212 words per minute, thanks to QWERTY alone.

Barbara Blackburn has been holding the current title of the fastest living typist for several years. She maintained 150 wpm for 50 minutes using the Dvorak Simplified Keyboard (DSK).

Hank Torres has entered the Guinness Book of Records as the fastest person to dial SMS without hands. Torres suffers from quadriplegia – paralysis of all four limbs. He became disabled as a result of an injury sustained 30 years ago while practicing hang gliding. He can raise and lower his arms but cannot perform precise finger movements.

Torres is an engineer and uses the Swype keyboard to write explanatory notes for his projects. With years of experience using these keyboards and head-tracking devices, Torres set a record with 160 characters in 83.9 seconds.