We had a tremendous response last time with this segment. Here are 10 Uplifting News Stories of the Week. 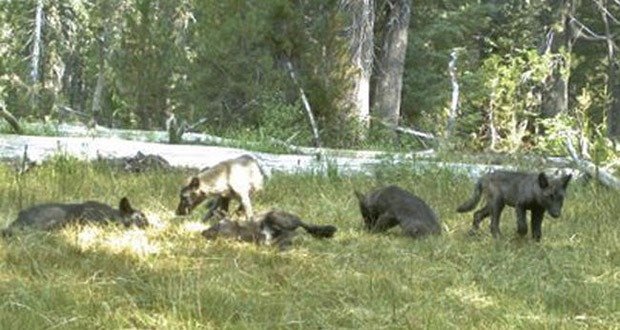 A pack of wolves has been spotted in Northern California for the first time in nearly 100 years. The appearance of the five grey wolf pups and two adults could signal a return of the animals, which have not been found in the state since 1924. California Department of Fish and Wildlife first discovered the pack this month in Siskiyou County near the Oregon border using a remote camera. The wolves have been named the “Shasta Pack” after a nearby mountain. 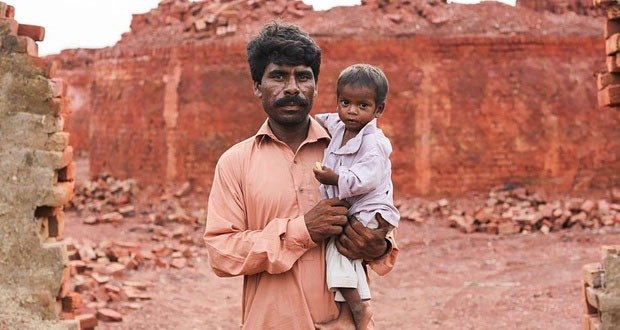 Humans of New York’s Brandon Stanton just wrapped up an epic photography tour of Pakistan. He shared some amazing stories, as well as all some incredibly beautiful pictures. But his trip has also made a difference in the lives of over an estimated one million Pakistanis who are trapped in a form of modern day slavery, paying off insurmountable loan debts by toiling in brick kilns in rural areas. “Over 20,000 brick kilns operate in Pakistan, supported by millions of workers, and the system is largely underpinned by an extremely close cousin of slavery—bonded labor,” Stanton wrote on Instagram. “If the laborer dies, the debt is passed on to his or her children. The practice is illegal. But due to the extreme power and wealth of brick kiln owners, the law is often unenforced in rural areas,” he said. He also introduced his 3.7 million Instagram followers and 14.5 million Facebook fans to Syeda Ghulam Fatima, a “modern day Harriet Tubman” who leads Bonded Labour Liberation Front, a group dedicated to ending the practice. Stanton announced Monday that his followers had helped raise more than $2 million in just three days to help Fatima and her group in Pakistan, where he said a dollar has roughly five times the purchasing power as it does in the U.S.

03. Service dog dials 911 during fire and saves the owners 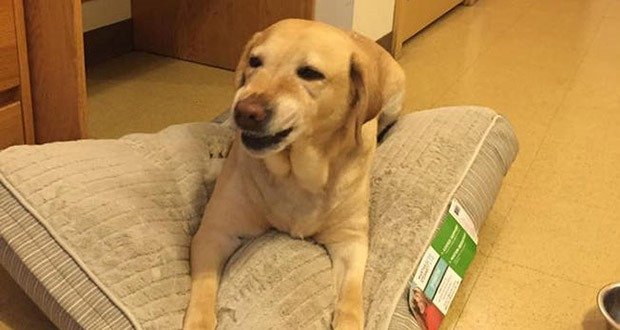 A few days ago, a Philadelphia Golden retriever service dog named Yolanda warned authorities about a house fire by dialing 911 on a specialized phone and firefighters responded. She then saved her blind owner, a woman in her 60s by pulling her to safety after she fell down and was knocked out cold. Firefighters were able to rescue Yolanda’s owner and she was taken to the hospital to be treated for smoke inhalation. After her owner was safe, Yolanda was rewarded with food, toys, treats and supplies, according to the Red Paw Emergency Relief Team.

04. Family returns to home destroyed by forest fire to find their cat survived. 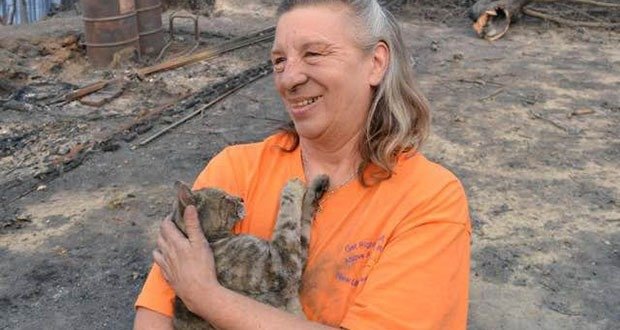 Ruthie Rosemary the cat survives wildfire. Out of devastation comes a heartwarming story about a family pet thought to be lost to the flames of a Fork Complex fire in Northern California.

Debi and Jeff Brusatori of Hayfork were forced out of their home due to encroaching fire. Ruthie Rosemary, a 3 to 4 year old Calico Tabby, was loaded up but jumped out of the car and sadly, had to be left behind. When they returned to their severely burned property about 5 days later, they heard a familiar mew coming from a burned over truck. It was Ruthie Rosemary. She was found under the truck, though where she hid during the fire is anyone’s guess. The fire was so intense that aluminum parts of the vehicles melted. Other than singed whiskers and eyebrows, little Ruthie Rosemary is unharmed.

05. Father of one of Chapel Hill shooting victims fulfills his son’s dream 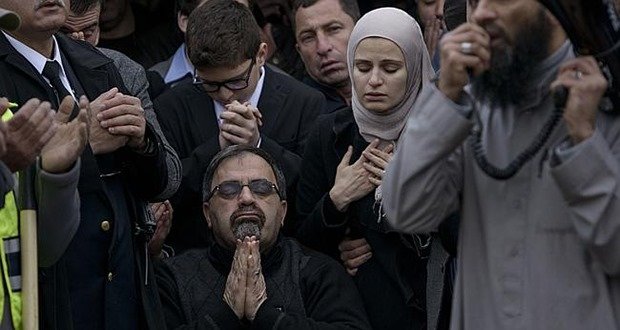 The father of one of the Chapel Hill shooting victims is fulfilling his son’s dream of providing free dental care to Syrian refugees with more than $1 million in donations and 50 volunteers.

Namee Barakat says his son loved to make people smile, either with a joke or by helping someone less fortunate and it was that passion that drove his wife and him to use their dentistry skills. Barakat and about 50 volunteers, including local dentists and physicians, returned this month from holding more than a week of dental clinics for those refugees. It was a trip Barakat’s son Deah had planned before he, his wife Yusor and her sister Razan Abu-Salha, were shot and killed six months ago in Chapel Hill.

06. Mom leaves hospital with ill son to find that a stranger paid her parking ticket 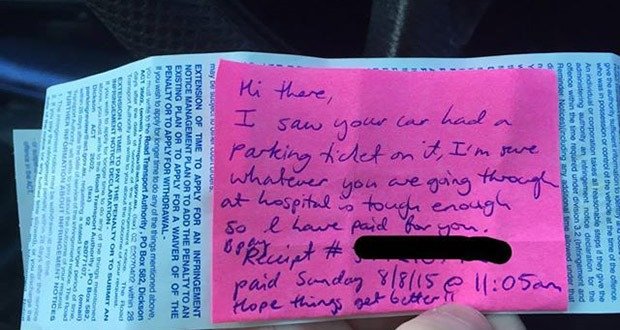 After spending several days in the hospital when her infant son became ill, the last thing an Australian mom needed was to find a parking ticket on her car windshield. That’s when she discovered a touching gesture from a complete stranger that made her day. The mom, who has chosen to remain unidentified, posted the ticket and a note from a stranger who only gave her first name, Laura. “I saw your car had a parking ticket on it,” the note read. “I’m sure whatever you’re going through at the hospital is tough enough so I have paid for you.”

07. John Oliver starts a fake church to show how easy it is to get tax exemption and he donates all money 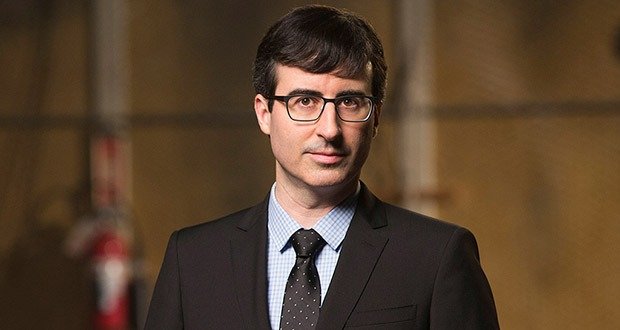 John Oliver recently created a fake church to illustrate how easy it is for televangelists to get tax exempt donations. He is giving all the money to Doctors Without Borders, probably helping more people than televangelists ever will.

08. A town in Michigan pooled their money to send every high school graduate to college 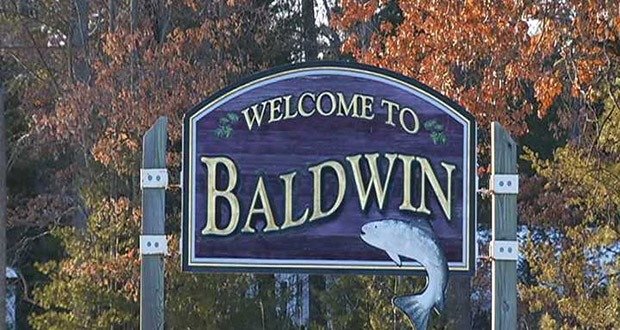 Residents of Baldwin, Michigan, pooled together their money to provide scholarships for everyone, and it changed the town profoundly. College was never much of an option for most students in this tiny town of 1,200 located in the woods of the Manistee National Forest. Only 12 of the 32 kids who graduated high school in 2005 enrolled in college. Only two of those have gotten their bachelor’s degree. Now, nearly everybody who graduated from the high school here in June is off to a four-year college, a community college, or a technical school.

09. The Couple From Woodstock LP Cover is Still Married 46 Years After Concert 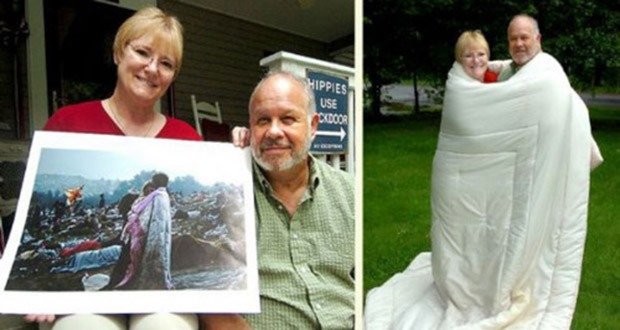 Bobbi And Nick Ercoline were girlfriend and boyfriend 46 years ago this weekend, when they decided to attend the Woodstock music festival being held on a farm in Bethel, New York. During a serene moment, a photographer captured their picture and it ended up as the cover art for the Soundtrack album to one of the most historic concerts of all time. With the festival’s anniversary this month, we wanted to report the good news that this couple is still together. They were married two years after Woodstock, and have two grown children. 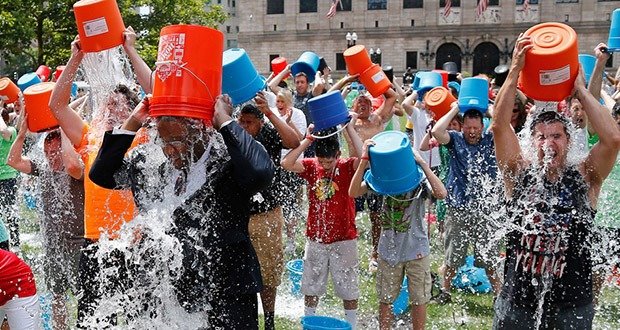 Scientists at John Hopkins say that the money raised from ALS Ice Bucket Challenge has helped find a potential treatment for Lou Gehrig’s Disease. Last August, it seemed everyone was taking the ice bucket challenge to raise awareness and money for research for A-L-S, also known as Lou Gehrig’s Disease. And now we’re seeing how it helped. Scientists at Johns Hopkins, who took the challenge themselves and got soaked, say they’ve made a breakthrough, and couldn’t have done it so quickly without the money raised through the movement. In experiments with mice, they made a protein to mimic TDP-43 and put it into the nerve cells, or neurons. The cells came back to life, indicating the protein problem is at least part of the reason the nervous system slowly dies off in A-L-S. The Hopkins team already has funding to put their protein into human trials, all because so many people were willing to get wet.

Why does it take 5 seconds for credit card companies to take money out of my account but 5 days to refund it?