01. Bank that lost 66 employees in 9/11 attacks has now sent 54 children of their fallen colleagues to college 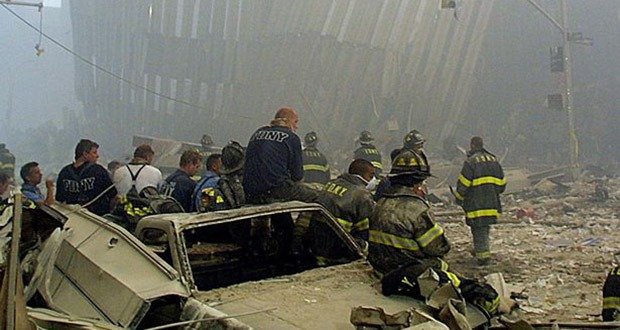 On Sept. 11, 2001, 83 employees of the investment banking firm Sandler O’Neill & Partners were in the company’s office on the 104th floor of the World Trade Center’s south tower. Sixty-six of those people were murdered by terrorists who smashed a hijacked jet into the tower and caused its collapse. Those 66 men and women, among them, had 76 children. In the harrowing days after Sept. 11, the leaders at Sandler O’Neill made several crucial decisions. Some of those decisions had to do with resurrecting the firm; others had to do with benefits for the families of murdered employees. One decision was to set up a foundation to pay college tuition for all the children of their murdered employees. 54 young men and women have had their college tuitions paid so far, with 22 young men and women still eligible. The 54 who are attending or have attended college have gone to every sort of college imaginable — from Stanford to Notre Dame to community colleges and technical institutes. Four students have attended Boston College. The youngest child eligible is 13. This youngest child was born six weeks after Sept. 11, 2001. When that child graduates from college, the Sandler O’Neill Foundation will cease to exist, except in memory; but what a resounding memory it will be.

02. Inmate offers to donate bone marrow to judge who sentenced him to 25 years in prison 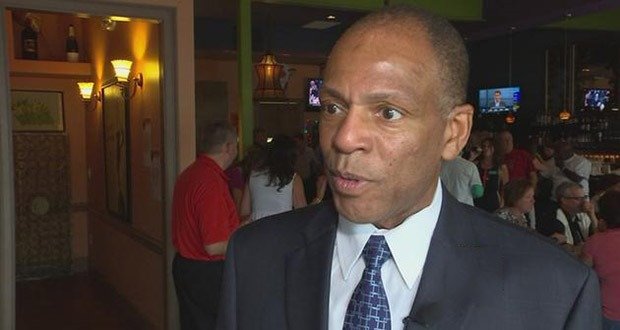 Superior Court Judge Carl Fox, 61, is battling blood cancer and he is searching for a bone marrow donor. So far, no match has been found. However, he was surprised to receive an offer of help from someone he put in jail. Fox was the district attorney who helped convict 62-year-old Charles Alston. Alston, who is serving 25 years for armed robbery at the Franklin Correctional Center, sent a letter to Fox with a very generous offer. In the letter he wrote: “You were the District Attorney during the course of my trial, where I received a 25 year prison sentence. I know you are in need of a matching donor for bone marrow. I may or may not be a match, but I am willing to make the sacrifice if needed.” Unfortunately, prisoners cannot donate due to increased risk of infectious diseases, but Fox was very appreciative of the gesture. 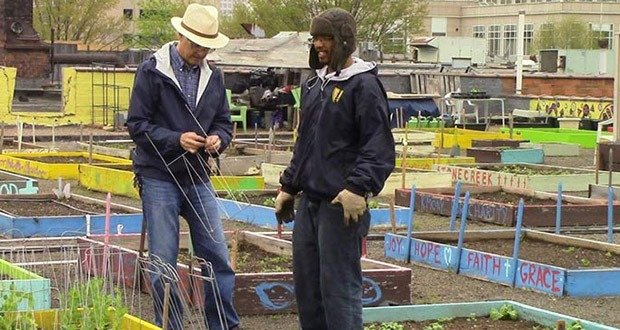 An innovative homeless shelter in Atlanta is home to a massive rooftop garden, but what makes this garden unique is that the residents of the shelter are the ones who planted it. The organization, which services homeless and formerly homeless people in its sustainable facility, offers a number of programs to its clients. In addition to its growing gardening initiative, the Metro Atlanta Task Force has a 24-hour assistance hotline, day service center and transitional housing program, among other programs. But the rooftop garden, which was first established in 2009, serves as a means to teach homeless people about urban food production and sustainable technologies, while also giving them the chance to feed fellow residents. Residents of the shelter are responsible for 80 separate garden beds, which produce carrots, kale, and squash, along with numerous other vegetables. The first harvest from the garden produced 55 pounds of produce. Each day a full meal, using the freshly picked produce from the garden, is available on site. 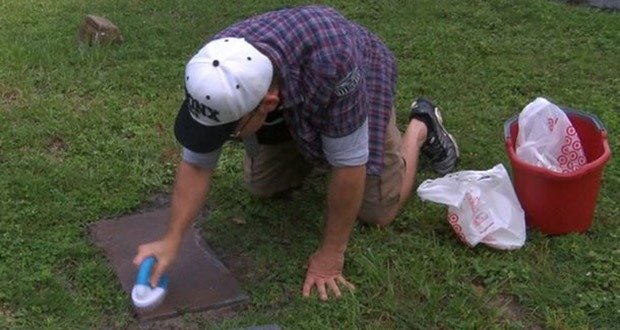 As a self-employed carpet cleaner, Andrew Lumish of Land ‘O Lakes, Florida gets only one day off a week and on most of those Sundays he uses his cleaning skills to honor veterans and their families- anonymously, until now. He identifies three grave markers, so dirty, the inscription can barely be read. Lumish has done research to find products that will clean limestone, slate, marble and granite without damaging the stone. In the two and half years Lumish has been visiting cemeteries around the Bay Area, he’s never been chased away. 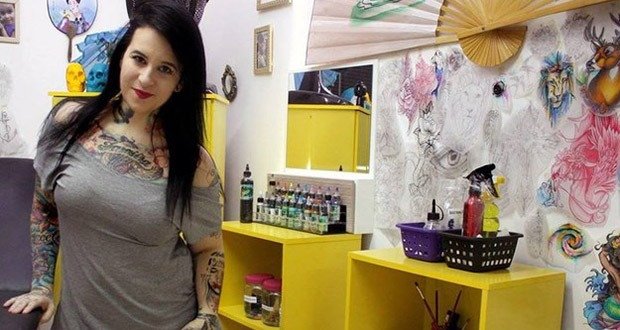 A Brazilian artist is helping women, some of whom are victims of domestic violence, others who have survived cancer, turn their scars into something beautiful. Flavia Carvalho, who runs a studio in Curitiba, Brazil, offers her services free of charge to women, as part of the physical and mental healing process. Her project is called ‘A Pele da Flor’, a Portuguese expression that means ‘deeper than skin’, as well as having the more literal translation ‘The skin of the flower’. For two years, Carvalho has helped women cover scars left from knives and bullets, and from mastectomies as well. She‘s transforming these unpleasant mementos into a tool of emporwerement and beauty.

06. Norwegian Billionaire Pledges 5,000 Free Nights In His Hotels For Refugees 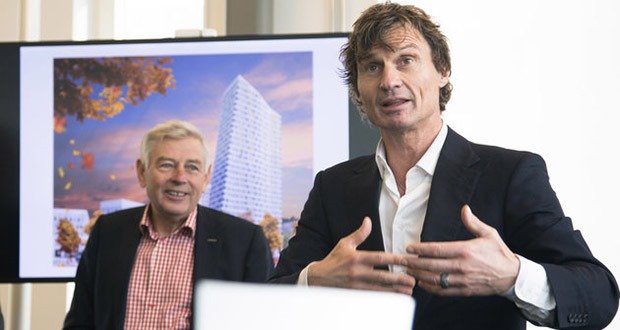 The Norwegian billionaire, owner of Scandinavian hotel chain Nordic Choice Hotels, has pledged 5,000 free nights in his hotels to refugees temporarily in need of a place to stay. True to his word, he hosted 50 Syrian refugees this Sunday. He added the hotels are coordinating with police to ensure guests are securely escorted back to immigration officials the next day, after making sure they’re properly fed. Norway’s Directorate of Immigration (UDI) told they would house migrants in Stordalen’s hotels only if its own resources were at capacity. 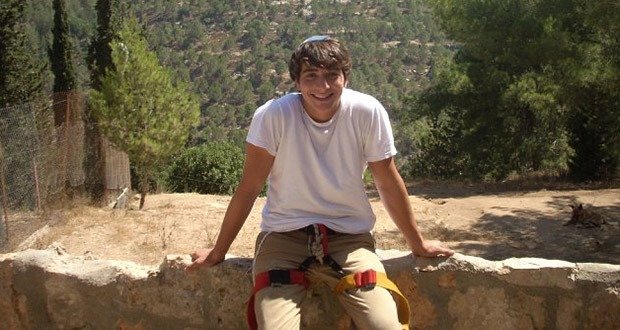 On the second loop of his cross country race, high school runner, Seth Goldstein, voluntarily fell behind to save the life of a runner on a rival team. One of the runners from a rival school in Germantown, Tenn., suddenly collapsed in front of Goldstein; he was the only one who stopped to help the boy. According to Goldstein, “His lips were turning blue and his eyes were rolled back in his head.” Goldstein immediately took action — he called out to nearby parents and told them to call 911. By that time, the rival runner had begun to regurgitate blood. “He had bitten his tongue and was bleeding pretty bad,” Goldstein recounted. Jessica Chandler, a mother from the fallen boy’s school, ran up to the pair just as the student began to have seizures. EMTs arrived shortly, and took over care of the injured runner. When it was clear that the runner was suffering from heat-induced seizures and would recover, Goldstein stood and asked if he could finish the race. It was only then that Chandler and the EMTs realized that Goldstein was just another participant. Goldstein finished the race with his slowest time, but when he reached the finish line he was greeted like a hero. 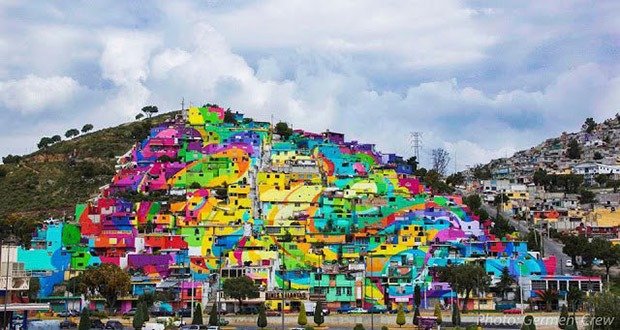 Graffiti artists are so often viewed as hooligans and rabble-rousers who vandalize property and cause trouble for respectable members of society. But perhaps their expressive spark can be put to good use? The Mexican government asked an alternative art group specializing in murals and graffiti known as Germen Crew to paint a village of 209 houses. The result is an entire town covered from street to rooftop with a 215,000 square-foot rainbow. The goal was to try and rehabilitate the town of Palmitas’ image and inspire the local youth. Germen Crew made sure to ask for community participation to bring the town together for the project. For the past 13 years, the young painters have created unique forms of street art in hopes of keeping Mexico on the map as a country with a strong and modern cultural identity. The group also aims to challenge whatever stereotypes the world might have about their country and its people. Since Palmitas has been beautified, crime in the community has dropped dramatically and the 452 families living in the town feel happier and more confident in their shining new city. 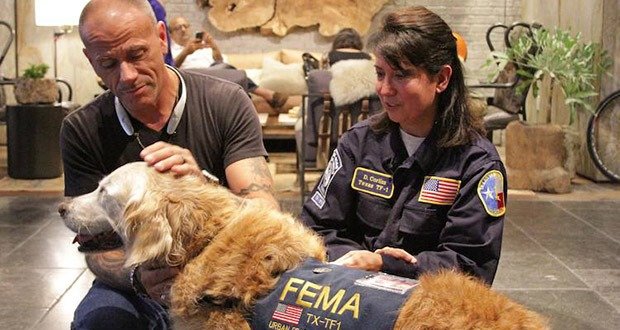 As one of the 100 search-and-rescue dogs deployed at Ground Zero, this golden retriever holds a special place in the hearts of many New Yorkers. Bretagne (pronounced ‘Brittney’) is the last known living dog to have worked at the 9/11 site and she and her owner were invited back to New York City from Texas for a day curated to honor their work and celebrate the dog’s Sweet Sixteen birthday. BarkPost teamed up with 1 Hotels and her owner, Denise Corliss, to give Bretagne her best day ever. The pup got the royal treatment in a special suite overlooking her favorite NYC spot, Central Park. She was presented with a doggie “Key to the City” by Hudson River Park, and even got her own personalized billboard in Times Square. She was given a surprise birthday party with tons of presents, a dog friendly cake, and a surprise donation in her name to Task Force 1, so they can keep training more search and rescue dogs, like Britagne. Bretagne has had a long career, which included working on a rescue team in New Orleans ten years ago after Hurricane Katrina. Now retired, Bretagne continues to give back to her community by volunteering at school programs that help children learn to read.

10. Maasai Women & Donkeys Bring Solar Power to Those Who Need it Most 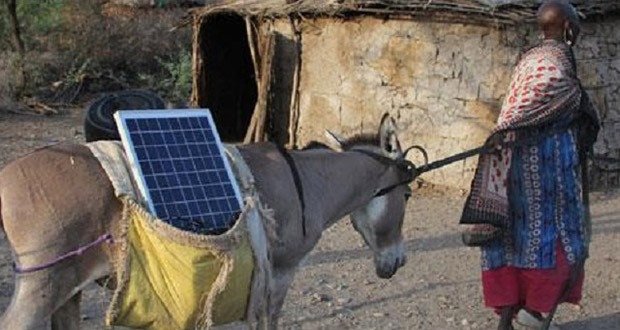 Using donkeys to haul their equipment, groups of women in Kenya are going door to door, hoping villagers will see the light–and benefits–of adding renewable solar energy in their homes. The solar house-calls are courtesy of a program launched by Green Energy Africa that is putting income into the pockets of women from the Maasai tribe, a semi-nomadic people of East Africa. The company provides the women with solar products — energy efficient lights, panels and rechargeable batteries—and teaches them how to install the equipment in homes and villages. There is a great need for solar energy in Kenya where more than half the population is living too remotely to connect to the country’s power grid. Installing solar power means people no longer have to burn firewood or kerosene to light their homes and children can read or do homework without inhaling smoke. Solar lamps also can light up livestock pens, scaring away the hyenas and wild cats that threatened their cattle and goats. It also saves money and time for Kenyan households that may spend 40 cents a day on kerosene or hours in the wilderness gathering or cutting firewood. Some already pay a dollar every week to charge cell phones at the nearest charging station miles away. But the initiative provides more than clean, renewable energy. Green Energy Africa sells the equipment to the women at a discount, and the women in turn sell it for a profit.

What would happen if the moon was covered with a highly reflective material (such as tin foil)?