1. A Cancer Treatment Survivor Gives Birth to a Baby Girl Despite her Infertility 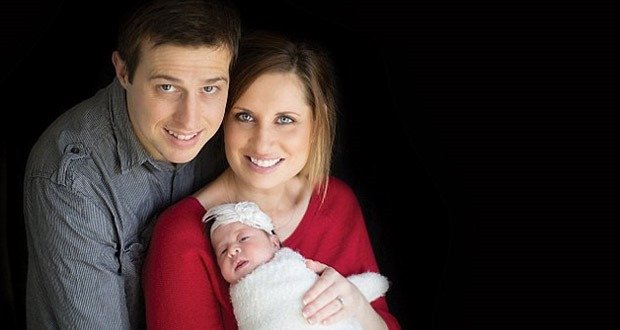 Jodie, the mother of the baby, was diagnosed with cancer at the age of 23 and after treatment she was declared infertile. Before the treatment they had tried In vitro fertilization or fertilization (IVF) but no eggs were produced. Therefore, after treatment they added ovarian tissue grafting to their attempt which proved to be a ground breaking procedure. Evie becomes the third baby in the world to go through this innovative treatment.

The two parents have been together for four years before the treatment; they are both teachers in Traralgon, Victoria, Australia. Before chemotherapy, they had tried IVF but she was unable to produce eggs that could be frozen; that was the only hope they had. She became the second woman in the world to give birth by grafting her ovarian tissue to her pelvic and abdominal walls. This birth was announced at the annual scientific meeting held in Canberra at the Fertility Society of Australia.

According to the Head of Fertility Preservation at Melbourne IVF and the Royal Women’s Hospital, Associate Professor Kate Stern, this procedure was used in 2013 when a Melbourne woman had twins; she lacked ovaries due to cancer treatment. 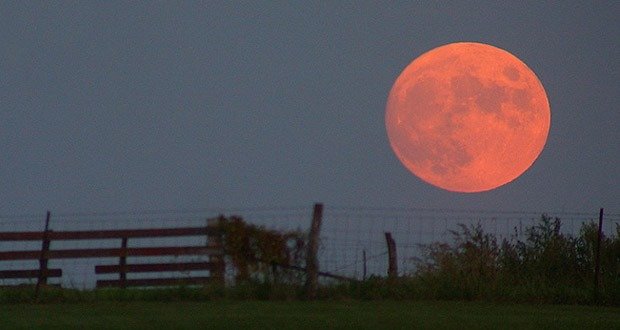 On September 27th at 9:07PM EDT, Earthlings will get to witness a harvest moon mixed with a lunar eclipse. Known as a “supermoon” because of its close proximity to Earth, the distance makes it appear 14% larger.

When the sunlight that passes through Earth’s atmosphere reflects off of the enlarged moon, it produces an eerie red glow that can only be seen once every 18 years.

According to NASA, farmers used to would work late into the autumnal night to finish their crops, and would end up laboring by moonlight to finish the job. The harvest moon became known as the full moon that fell closest to the autumn equinox marking the start of the busy season.

This September also happens to bear the largest full moon of the year, making the rare occurrence all the more significant. Weather permitting, the supermoon lunar eclipse will be visible from the Americas, Africa, and Europe.

03. Girl With Special Needs Starts A Thriving Business Based on an Inability to Read 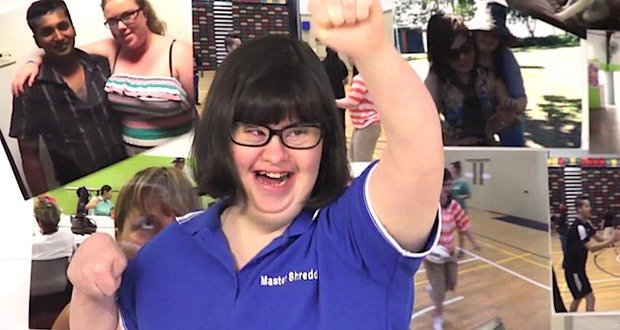 An Australian woman who was born with Down Syndrome and a mild form of autism, has built a business based on her low level of reading comprehension. It turned out that Emma Lynam is the perfect person to trust with destroying your sensitive documents.

Her mother, Jo Lynam, was worried Emma would never find a job until she discovered her daughter’s love of using paper shredders.

They started a company called “Master Shredder,” named after the arch enemy of the Teenage Mutant Ninja Turtles, a favorite show of Emma’s.

Jo said she wanted Emma to be like any other 21-year-old, to “stand on her own two feet and earn her own living.” So, she began recruiting clients who routinely need documents and records destroyed to protect client privacy.

Now, Emma is doing better than most 21-year-olds, running her own business with repeat regular customers that include a credit union and a law firm. 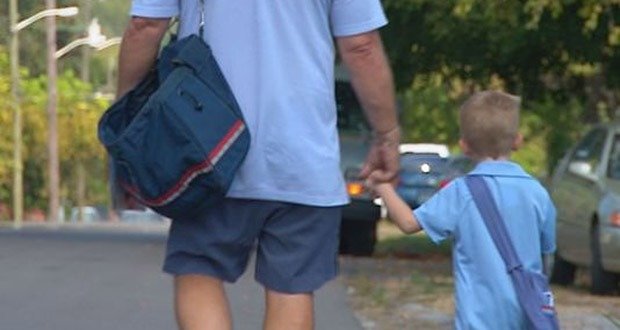 When you see only bills and junk mail delivered to your postal box, the arrival of a mailman is not very exciting. But for one little boy who has no bills to pay, the man in blue delivers a daily dose of excitement.

Every day, four-year-old Carter Lawson dresses in his own version of a postal worker’s uniform and eagerly awaits the arrival of “Mailman Mike.” For the past nine months, the two have had a standing date to make the rounds together, delivering the mail and chatting up neighbors near Knoxville, Tennessee, while Carter asks lots and lots of questions.

05. How to Build a Rainforest in Just Eight Years 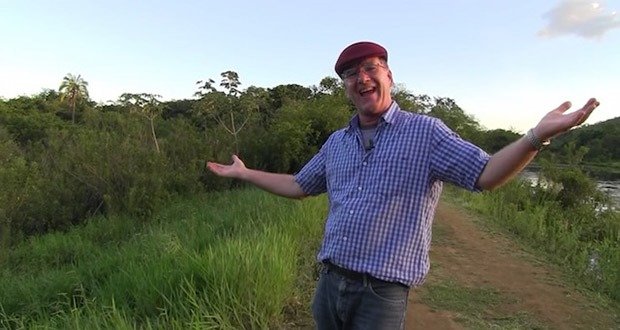 Destruction of the Brazilian Rainforest is an all too common headline in world news. That’s why stories like the Reserva Ecológico de Guapiaçu (REGUA) are such a welcome relief–for humans and hundreds of other species.

Nicholas Locke is a landowner who decided to turn his family’s pasture land into a forest. And in just 8 years, they have turned it into a Garden of Eden, full of birds, reptiles, mammals and insects and only 2 hours from Rio de Janeiro. 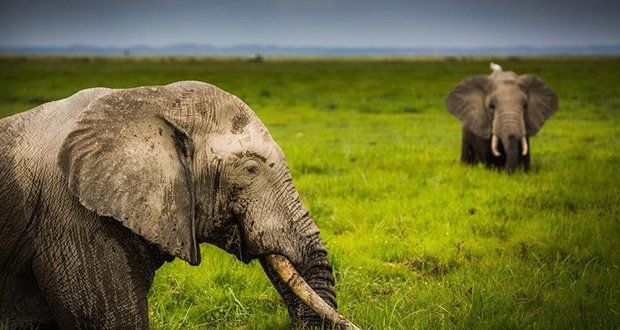 In a historic accord to save Africa’s elephants from out-of-control poaching, President Barack Obama and President Xi Jinping agreed on Friday to end commercial ivory sales in the United States and China.

The announcement marks the first public commitment by President Xi to end ivory sales in China, the world’s largest market, and follows a pledge made by Chinese officials in May to phase out the domestic trade. It also puts heavy pressure on Hong Kong, a global hub for commercial ivory, to ban its legal trade, one that has provided cover for smuggling and illicit sales of ivory from African elephants poached in recent years. A recent survey found that over 90% of ivory sold in Hong Kong was being smuggled into mainland China.

The international commercial ivory trade was banned in 1989, following a decade of out-of-control poaching that decimated African elephant populations, from 1.3 million in 1979 to an estimated 609,000 by the late 1980s. As a result of the ban, poaching decreased significantly and ivory prices plummeted. But “one-off” sales of ivory in the late 2000s and the ongoing legal domestic trade in places such as Hong Kong, China, Thailand, Vietnam and the US have allowed for the laundering of illegal ivory shipments from recently poached elephants. 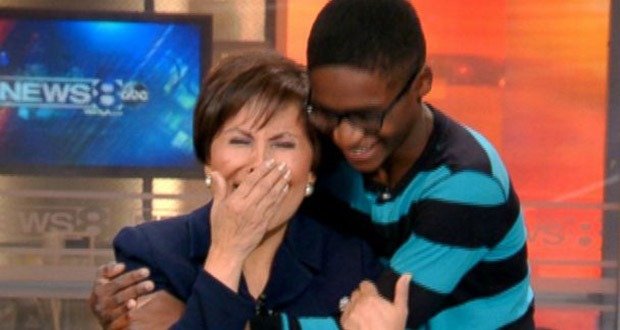 For the past thirty years, newscaster Gloria Campos used her position on local TV for good with her special segment Wednesday’s Child, which highlighted foster kids in need of loving homes.

Campos decided to feature Ke’onte, a smart and talented young boy in foster care, twice on the program in the hope that someone would want to adopt him. Well the second time was a charm as Ke’onte was adopted by an incredible family who saw the segment. Everyone is a winner in this story, and the tearful reunion between Campos and Ke’onte will make your heart smile. 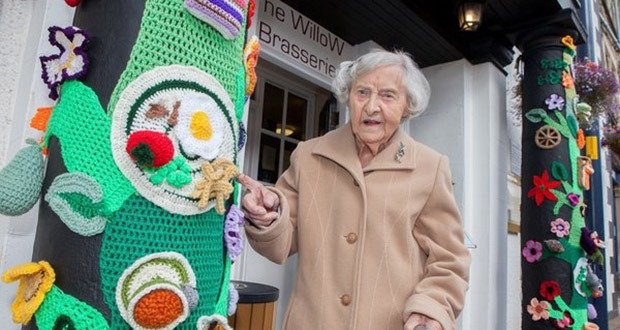 When you think of grandmas knitting — you might think of them making sweaters for their little grandchildren or blankets to put in cribs. But this 104-year-old great-grandma is part of a group using their knitting and crocheting talents to brighten up an entire community.

Grace Brett is part of a group of “yarn stormers” who are taking to the streets to showcase their craft. As part of a week-long arts festival in Scotland, Brett and the Souter Stormers knitted and crocheted dozens of pieces to display across three cities. Among the pieces were a bench covering, a cover for a classic British red phone booth and various other hanging ornaments — all of which spruced up the city with colorful yarn. Grace Brett is 104 and possibly the country’s oldest street artist

09. Retired K9 Spared From Death After Community Rallies To Save Him 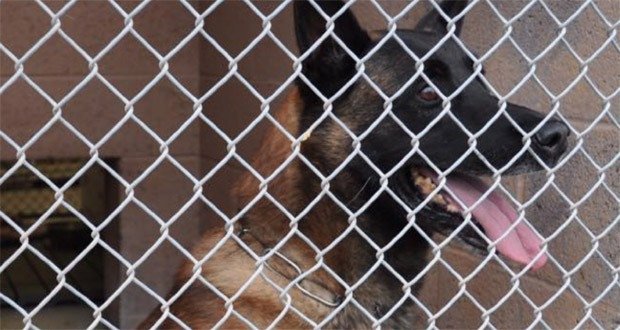 A retired police dog who was likely destined for euthanasia has been spared after animal lovers condemned the police department’s decision to send him to a municipal shelter.

The 9-year-old Belgian Malinois, Rex, had served with the Albuquerque Police Department since 2013, and spent several years in the military before that. Rex was present during the shooting of homeless man James Boyd that led to criminal charges for two APD officers, and appears in video of the incident.

When Rex’s handler, Scott Weimersckirch, retired, the APD said Rex was too old and too bonded to Weimersckirch to be transferred to another handler. But the officer couldn’t adopt Rex due to concerns that the dog would be a threat to his young child. A city shelter took Rex in, but the APD said Monday it was likely the dog would be euthanized, since his military and police background would make finding a suitable home difficult.

The news of Rex’s fate was met with heavy public backlash. Nearly 800 people joined the Facebook group “Operation Save K-9 Rex”, and welfare group Animal Protection of New Mexico pointed out that state law requires police departments to either offer up retiring service dogs to a rescue group or sell them to a competent owner. Offers of help poured in from sanctuaries and rescue groups, and Albuquerque Mayor Richard J. Barry tweeted on Tuesday that officials believe they’ve found a “forever home” for Rex.

10. Pope Francis Skips Lunch with Politicians to Eat with Homeless 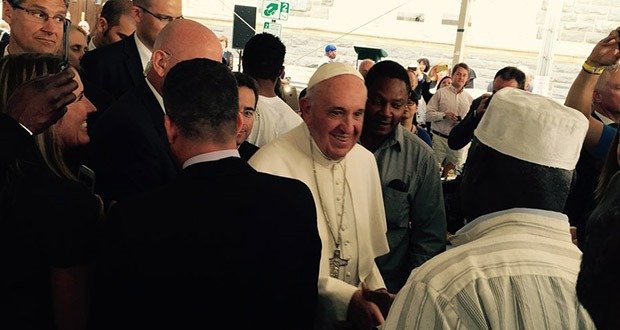 Pope Francis stepped away from the pomp and pageantry of Capitol Hill to be with the poor and homeless on Thursday. Passing on the opportunity to dine with politicians after addressing Congress this morning, Francis instead said a prayer blessing a meal for homeless clients of St. Maria’s Meals, a food program run by Catholic Charities in Washington, D.C.

Just before the meal, Francis drew a powerful comparison between the plight of the homeless and the Christmas story about Jesus’ birth in a stable. The St. Maria’s Meals program is a familiar sight on G street in D.C. Every Wednesday, volunteers set up tents on the sidewalk outside the Catholic Charities building and dish out hot meals to about 300 people in need.

For this week’s meal, organizers shut down an entire city block to accommodate the crowd. Chefs were slated to prepare chicken and pasta dishes, along with homemade desserts. The symbolic move was evidence of Francis’ desire to reach out to the margins and care for the poor. Under his watch, the Vatican opened new shower facilities in St. Peter’s Square where people can get free haircuts and a shave. The Vatican is also building a homeless shelter in Rome that can serve 30 people at a time.