Here is a list of some of the worst deaths in history. 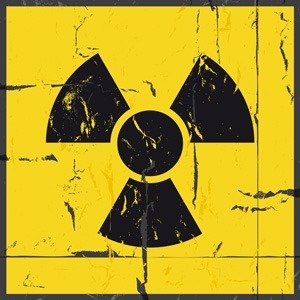 In 1999, Japanese nuclear worker Hiroshi Ouchi got a deadly radiation dose when material he worked with got critical. Slowly all his skin fell off. According to the excerpt from the book;

After suffering patiently for a week, Ouchi suddenly cracked. “I can’t take it anymore. … I am not guinea pig”. His words shocked the physicians and nurses in charge of his treatment. Was this the time to shift the focus from cure to palliative care? Even if a case could be made for persevering a bit longer, what purpose could possibly have been served by resuscitating him on the 59th day, after his heart stopped three times for a total of 49 minutes? This was a man whose chromosomes had been destroyed. “None of Ouchi’s chromosomes could be identified or arranged in order.” Ouchi’s body was destroyed from the inside out. It was a slow, painful and presumably unpreventable death. Surely the doctors should have been able to recognize very early that he could not be saved. – Source 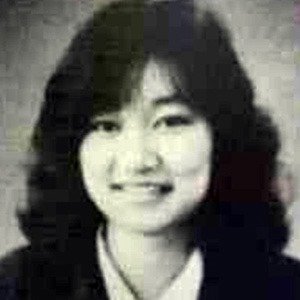 Junko Furuta was a 17-year-old Japanese teenager was kidnapped by a group of young men. They kept her captive in the house owned by one of their parents. That was the beginning of her 44 days of torture that led to her death. They fed her only cockroaches to eat, only her own urine to drink. Foreign objects inserted into her vagina/anus including a still lit light-bulb, broken bottles, cigarettes, fireworks. They lit her legs on fire multiple times. There was rape and sodomy every day. She’s estimated to have gone through approx. 500 rapes due to her captors’ Yakuza ties. She endured constant physical beatings included hits with golf clubs and bashing of face against cement floor. She was beaten to such an extent that her brain was shrinking from the trauma. She lost bowel control after dumbbells were dropped on her stomach while she lay on the floor with hands and feet bound. She was hung from the ceiling and used as boxing bag. On her last day of custody, she begged for them to just kill her. They challenged her to a game of Mahjong Solitaire and told her if she won they’d let her go. She did win but instead of releasing her they beat her with iron barbells and set her legs, arms, face and stomach alight after pouring lighter fluid on them. She went into shock and died the next day. Her corpse was found stuffed into a concrete filled barrel on a tract of reclaimed land in Kōtō, Tokyo. – Source 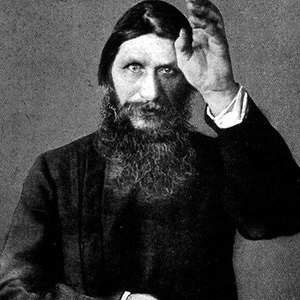 He was poisoned, but he didn’t die. So he went after the guys who poisoned him, and they stabbed him. He still didn’t die and kept going after the assassins, so they shot him and thought they had finished him. His eyes opened and he lunged for one of the assassins to strangle him, so they shot him some more, this time he started to crawl away. They then thrashed him, tied him up, threw him in a sack, and threw the sack into the river. Two days later the sack was recovered, and it looked like Rasputin almost escaped his bindings and clawed out of the bag. To top it all, while his body was being burned, the tendons shrunk and he sat up in the fire. – Source 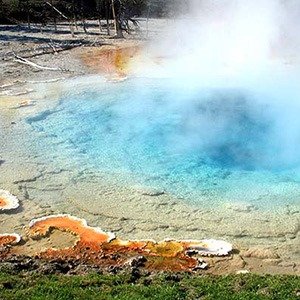 On 20 July 1981, 24-year-old David Allen Kirwan from La Canada, California, was driving through Yellowstone’s Fountain Paint Pot thermal area with his friend Ronald Ratliff and Ratliff’s dog Moosie. At about 1:00 P.M. they parked their truck to get out and take a closer look at the hot springs; Moosie escaped from the truck, ran towards nearby Celestine Pool (a thermal spring whose water temperature has been measured at over 200°), jumped in, and began yelping.

Kirwan and Ratliff rushed over to the pool to aid the terrified dog, and Kirwan’s attitude indicated he was about to go into the spring after it. According to bystanders, several people tried to warn Kirwan off by yelling at him not to jump in, but he shouted “Like hell I won’t!” back at them, took two steps into the pool, and then dove head-first into the boiling spring.

Kirwan swam out to the dog and attempted to take it to shore; he then disappeared underwater, let go of the dog, and tried to climb out of the pool. Ratliff helped pull Kirwan out of the hot spring (resulting in second-degree burns to his own feet), and another visitor led Kirwan to the sidewalk as he reportedly muttered, “That was stupid. How bad am I? That was a stupid thing I did.”

Kirwan was indeed in very bad shape. He was blind, and when another park visitor tried to remove one of his shoes, his skin (which was already peeling everywhere) came off with it. He sustained third-degree burns to 100% of his body, including his head, and died the following morning at a Salt Lake City hospital. (Moosie did not survive, either.) – Source

5. People who were sentenced to the boats 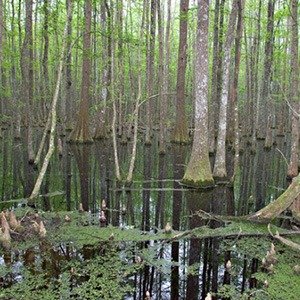 The intended victim was stripped naked and then firmly fastened within the interior space of two narrow rowing boats (or hollowed-out tree trunks) joined together one on top of the other with the head, hands and feet protruding. The condemned was forced to ingest milk and honey to the point of developing a severe bowel movement and diarrhea, and more honey would be poured on him to attract insects, with special attention devoted to the eyes, ears, mouth, genitals, and anus. In some cases, the executioner would mix milk and honey and pour that mixture all over the victim. He would then be left to float on a stagnant pond or be exposed to the sun. The defenseless individual’s feces accumulated within the container, attracting more insects which would eat and breed within his exposed flesh which, pursuant to interruption of the blood supply by burrowing insects became increasingly gangrenous. The individual would lie naked, covered from head to toe in milk, honey, and their own feces. The feeding would be repeated each day in some cases to prolong the torture, so that fatal dehydration or starvation did not occur. Death, when it eventually occurred, was probably due to a combination of dehydration, starvation and septic shock. Delirium would typically set in after a few days. – Source 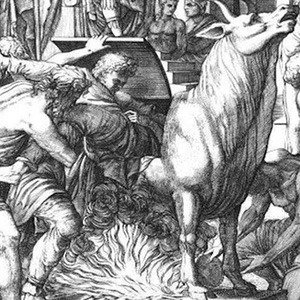 The brazen bull was a hollow, life sized bronze bull that could fit a man inside of it. Once inside the only way to draw a breath was from a ‘trumpet-like’ tube that was attached to the bull’s mouth (on the inside). Once the unfortunate was placed inside, a fire was lit underneath the bull rapidly heating the interior of the brazen bull. The victim’s breath’s soon turned to shrieks and screams but the clever design of the mouthpiece turned those shrieks into ‘bull-calls’. The inventor (Perillos) was roasted inside the bull by the guy he proposed the idea to (Phalaris), since he was so disgusted by Perillos’s idea to convert screams to bull-calls. He was taken out just before he died and thrown off a hill. The brazen bull was a popular attraction at parties. It was like magic to the guests who had no idea what was actually going on. To them it looked as if the bronze bull statue itself was making the noise in response to the fire beneath it. – Source 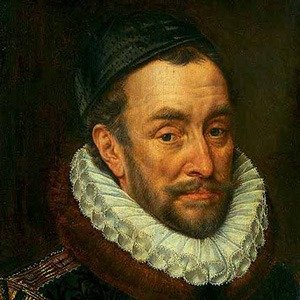 He was executed for the assassination of William I of Orange. The torturing included being whipped with a lash. After this his wounds were smeared with honey, so a goat could lick it up (the goat didn’t cooperate though). He was forced to sleep with his hands and feet bound together. A weight of 300 pounds was attached to his big toes for half an hour. He was fitted with well-oiled, too small shoes made of uncured dogskin. He was put in front of a fire, so the heat contracted the shoes and crushed his feet. The remainder half burned skin was torn off. His armpits were branded. He was dressed in a shirt soaked in alcohol and they poured burning bacon fat over him. If this was not enough, they placed nails between the flesh and nails of hands and feet.

The magistrates decreed that the right hand of Gérard should be burned off with a red-hot iron, that his flesh should be torn from his bones with pincers in six different places, that he should be quartered and disemboweled alive, his heart torn from his bosom and flung in his face, and that, finally, his head should be taken off. – Source 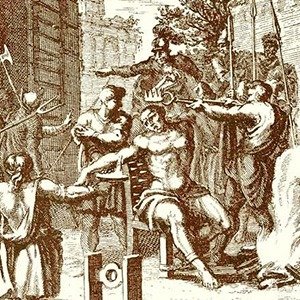 György Dózsa was a Hungarian rebel in the 1400s, who was eventually caught, tortured, and executed along with his followers. He was captured and condemned to sit on a heated smoldering iron throne with a heated iron crown on his head and a heated scepter in his hand (mocking at his ambition to be king). While Dózsa was suffering, a procession of 9 fellow rebels, who had been starved beforehand, were led to such throne. In the lead was Dózsa’s younger brother, Gergely, who was cut in three before Dózsa despite Dózsa asking for Gergely to be spared. Next, executioners removed hot pliers from fire and forced them into Dózsa’s skin. After pulling flesh from him, the remaining rebels were ordered to bite where the hot iron had been inserted and to swallow the flesh. Those who refused, about 3 or 4, were simply cut up which prompted the remaining rebels to do as commanded. In the end, Dózsa died on the throne of iron from the damage that was inflicted while the rebels who obeyed were let go without further harm. – Source 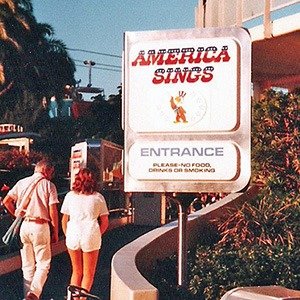 On July 8, 1974, nine days after the America Sings attraction opened in Disneyland, 18-year-old Disneyland cast member Deborah Gail Stone died when she was crushed between two walls of the building. A narrow channel between a stationary wall and a rotating wall was open and Deborah was unfortunate enough to walk through this space as the rotating wall began to move. One of the audience members heard Deborah’s screams and notified park staff, although most people in the audience thought that Deborah’s death screams were all part of the show. – Source 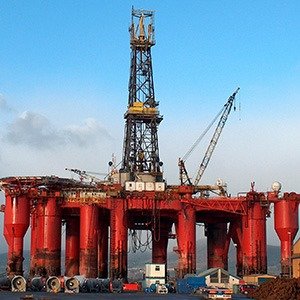 Byford Dolphin is a drilling rig, known most notably for an explosive decompression accident in 1983 that killed five workers and badly injured one. All divers were exposed to the effects of explosive decompression. Subsequent investigation by forensic pathologists determined one of them was exposed to the highest pressure gradient, violently exploding due to the rapid and massive expansion of internal gases. All of his thoracic and abdominal organs, and even his thoracic spine, were ejected, as were all of his limbs. Simultaneously, his remains were expelled through the narrow trunk opening left by the jammed chamber door, less than 60 centimetres (24 in) in diameter. Fragments of his body were found scattered about the rig. One part was even found lying on the rig’s derrick, 10 metres (30 ft) directly above the chambers. The deaths of all four divers was most likely instantaneous. – Source

25 Interesting Facts About the Chernobyl Disaster