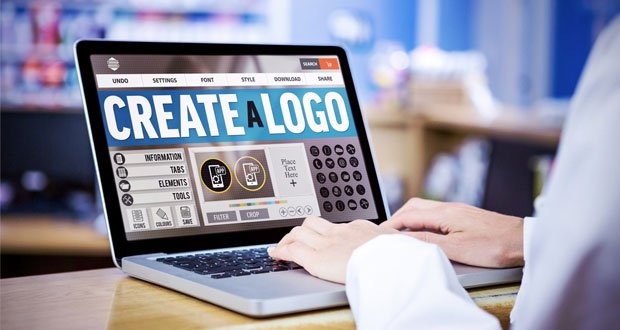 No business is complete without a logo. The world’s biggest companies all come with interesting logos. These logos may or may not come with the name of the companies.

The approach to building logos lies in the preference of the business owner. It is an investment that one should never have second thoughts about. Interestingly, your $100 is enough to get you a decent logo.

If you want to incorporate some intricate details, expect to pay more.

Regardless of your design logo, there is always a story behind it. The same thing goes for some of the world’s popular logos.

Continue reading below as we discover some fascinating facts surrounding these iconic logos.

We earlier said that a company is incomplete without a logo. There is much truth to that, considering the impact of logos on consumers.

Studies reveal that even the shape of a logo affects consumers, specifically their decision-making. The shapes and angles of logos affect people’s perceptions of companies.

People associate circular shapes with softness. Angular shapes, on the other hand, with hardness.

When consumers associate a brand with softness, they deem the company to be caring for their needs.

Moreover, another study revealed that clothing items that come with visible branding tend to become more appealing to consumers. Though customer service and price promotions entice customers, they are not enough.

Instead, companies must put more emphasis on brand design and awareness to enjoy a competitive advantage, the study explained.

Popular Logos and Their Fascinating Facts

With a tool like this, you can build a logo for your company. But conceptualizing a logo involves more than shapes and images. It must come with a story, no matter how mundane it may be.

As for the popular logos of household names, here are the fascinating facts that bring life to them.

The logo of Domino’s Pizza draws inspiration from a domino playing piece. But there is more to the white dots than meets the eye. These three dots represent the first three Domino’s stores established in 1965.

The pizza parlor’s original name was DomiNick’s. Brothers Tom and James Monaghan purchased it. But James eventually sold his stake to his brother as he decided not to leave his full-time job.

Thereafter, Tom bought two additional pizza stores in 1965. He also wanted each branch to carry the same name, which was DomiNick’s.

Unfortunately, the original owner of the pizza restaurant didn’t allow him to use the name. This forced Tom to rename his business into Domino’s Pizza.

Initially, he thought of adding a dot for every new branch he opened. But his business grew at a fast rate, forcing him to drop the idea.

It is a common notion that the Walt Disney logo was the signature of Mr. Disney. However, the truth couldn’t be any farther. The alleged signature was originally written by one of Mr. Disney’s employees.

Disney tasked this employee to sign fan mail on his behalf. Eventually, the company added the image of a castle in the background. Incidentally, the castle was Cinderella’s.

It was a fixture in all of Disney’s theme parks from around the world.

Additionally, Disney started to alter their logo for every film they released. This started back in 1995 when they released “Toy Story.” The logo in the opening credits came with an animated castle that used the same style as the film.

If you are wondering what the world’s oldest logo is, it is that of beer maker Stella Artois. The company continues to use the same logo that dates back to 1366. It was a time when they were still called Brouwerji Artois.

Sure, the logo underwent some minor alterations over the centuries. But the original shapes and elements remain to this very day. There is the horn that represents Den Hoorn in Belgium.

There is also a fancy frame that enclosed the brand’s name. This frame represents the Flemish architecture of the city.

Before the phrase “Just Do It” became a household name, Nike owner Phil Knight had to come up with a striking logo. Hence, he commissioned a graphic design student named Carolyn Davidson to come up with a logo.

Of course, he had to pay Davidson for the task. The amount was an astounding $35. Alas, the Swoosh logo was born.

Initially, the logo didn’t sit well with Knight. But the latter opted to stick with it. And the rest was history.

And to pay gratitude to Davidson, Nike retroactively rewarded her with a golden ring with embedded Swoosh-shaped diamonds. He also added an undisclosed amount of Nike shares to boot.

Did you know that the peace symbol was originally a self-portrait? Gerald Herbert Holtom, one of the first members of the Campaign for Nuclear Disarmament, designed the symbol.

The symbol came from a self-portrait that signified despair. The two arms outstretched and facing down, with the palms wide open. Holtom eventually formalized the image by placing a line and enclosing it inside a circle.

He explained he was in deep desperation and decided to draw himself. The logo symbolized his hands reaching outwards, like a peasant facing a firing squad.

Ferrari’s logo of the prancing horse continues to dominate the roads. But the shiny horse did not originate from the four-wheeled speedsters. Instead, it came from the skies.

The horse was originally a symbol of Count Francesco Baracca. Baracca was a legendary member of the Italian Air Force. He led around 34 duels in World War I until he died during the period.

But before he died, he printed the symbol of the famous horse on his fighter plane.

After his death, Enzo Ferrari met with Baracca’s parents. The mother then suggested that Ferrari used the horse symbol on his vehicles. The mother said it will bring him good luck.

Several myths surround the simple yet equally profound logo of tech giant Apple. Some say it represented the apple from the Garden of Eden. Others believe it was an homage to Alan Turing, the brains behind the modern computer.

Turing was heavily ridiculed for his homosexuality. This led to his death by eating an apple with cyanide.

But the truth behind the logo couldn’t be any simpler.

The logo came with a bite to keep people from confusion. The bit helped people identify it as an apple instead of a cherry.

Upon first glance of the FedEx logo, you will see nothing but the letters. You will also notice the colors purple and orange. But if you look closely between the letters “E” and “x,” you will find the hidden arrow.

Lindon Leader designed the logo back in 1994. During this time, FedEx CEO Fred Smith tasked Lindon to create a logo that he can see clearly from five blocks away.

During the conceptualization process, Lindon noticed the gap between the two letters. The gap formed the shape of an arrow. Moreover, he mixed the fonts Univers and Futura Bold.

This gave the arrow that natural look.

Behind the star-studded mountain of the Paramount logo is an interesting story. It was company owner William Wadsworth Hodkinson who drew the initial design. Legend says that Hodkinson first sketched the logo on a piece of napkin.

Moreover, people say that the mountain peak was the Ben Lomond Mountain.

As for the 24 stars, it represented the 24 actors and actresses that Paramount signed. Today, the number of stars stands at 22.

Before Michelin’s smiling marshmallow man, there was “The Road Drunkard.” The mascot first appeared in an advertisement. He was nowhere near the bubbly Michelin mascot we all know today.

Instead, he was a creepy-looking man in a mummy costume. Moreover, he held as champagne glass as if he was raising it for a toast.

The ad also came with a tagline that goes like “Michelin tires drinks up obstacles.”

Consumer goods giant Unilever is practically everywhere. It caters to consumers who are looking for food to eat, clothes to wear, and items to keep them clean and beautiful.

With the extensive products under the company, Unilever made sure that its logo represents everything that they have to offer.

If you look closely at the letter “U” logo, you will see 24 small icons. These icons represent their various products and services.

Some of the notable icons you will see include a DNA, a tree, a fish, hair, water, and heart.

If one can eat ice cream each day, he must go to Baskin-Robbins. This popular ice cream parlor comes with an iconic logo featuring the initials “B” and “R.” But careful examination reveals the number “31” in pink nestled in the middle of the two letters.

The number 31 represents the 31 flavors Baskin-Robbins carries. The idea behind the number is that one can try a different flavor for every single day of the month.

Learning about the world’s most popular logos spurs one’s creativity. The stories behind the logos can be a source of inspiration for budding entrepreneurs.

However, putting in the hard work requires expanding your knowledge.

We invite you to read our different articles on branding and digital marketing. We discuss various topics that will help bring your brand two steps ahead of the competition.

Every character played by the same actor is now a part of one continuous story. Which actor has the best story arc?

December 11, 2019
Latest Posts
Subscribe to Blog via Email
Did you know?
Loading...
Facts of the Day
Registration is disabled.