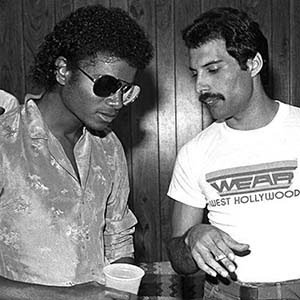 1. Michael Jackson and Freddie Mercury were going to make a collaborative album, but Freddie quit because Jackson demanded his pet llama be allowed to come into the studio with him. – Source

2. Michael Jackson cast 80 members of the Los Angeles’ Crips and Bloods for the music video “Beat It” in hopes to foster peace between them. – Source

3. Michael Jackson tried to buy Marvel Comics in the early 1990′- Source, so that he could play Spider-Man in his own produced movie – Source

4. Michael Jackson would request his wine served in diet coke cans during flights, due to him being a ‘private drinker’ and not wanting his kids to see him drinking alcohol. – Source

5. Michael Jackson’s Thriller had Seven singles, all of which reached the Billboard Top 10. It only had nine tracks. – Source

8. The Jackson family had an escape plan in place in the event that Michael Jackson was convicted of child molestation. A private jet was on standby, and Michael was to be flown out of the country to Bahrain secretly, where he would have lived as a guest of the King’s son – Source

10. Michael Jackson had a meeting in one of the Twin Towers on the morning of 9/11, but missed it because he overslept. – Source 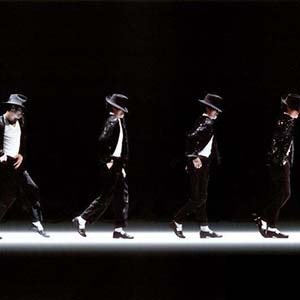 13. Paul McCartney introduced Michael Jackson to the benefits of song ownership (publishing rights) as an investment. In 1984 Jackson outbid McCartney and bought the publishing rights to ATV’s 4,000 song catalog which included nearly every Beatles song ever recorded. – Source

14. Michael Jackson’s chimp Bubbles once flew with the singer to Japan, met the mayor of Osaka and the three sat down together for some green tea – Source

15. Paleontologists at Kent State University discovered a new species of hermit crab on the same day Michael Jackson died. They named it Mesoparapylocheles michaeljacksoni in his honor. – Source