The move adoption of Kick-Ass comic books went on to be a worldwide hit. Here are little known 15 Interesting Kick-Ass Movie Facts. 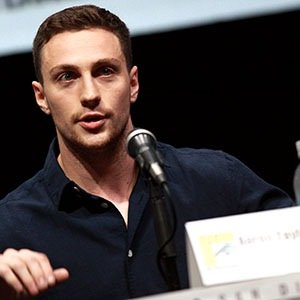 1. Aaron Johnson (Dave in Kick-Ass) 23 is married to a Sam Taylor-Wood, who is twice his age and they have a child together.

2. In the comic book version of Kick-Ass, Big Daddy is just an accountant who fantasizes about being a crime fighter, just like Kick-Ass.

3. The goons from Kick-Ass-1 are named after The Spice Girls.

4. Both Daniel Craig and Mark Wahlberg were considered for the role of Big Daddy before Nicolas Cage was casted.

5. After Kick-Ass first meets Hit-Girl, he sees Big Daddy standing in front of a billboard featuring Claudia Schiffer. She is the wife of director (Kick-Ass-1), Matthew Vaughn. 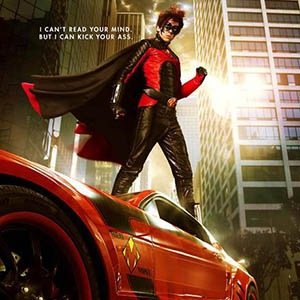 6. The name of “Red Mist” comes from a UK term for losing one’s temper, usually used as so: “seeing the red mist” or “the red mist descends on you.” The American equivalent of that would be “seeing red”.

8. The “bazooka” in the film is based on the U.S. Marine Corps’ SMAW (Shoulder-Launched, Multipurpose Assault Weapon), which fires an 83 mm rocket.

10. During the filming of Kick-Ass 2 Jim Carrey bought his own props to look like the comic book version of Colonel Stars and Stripes. 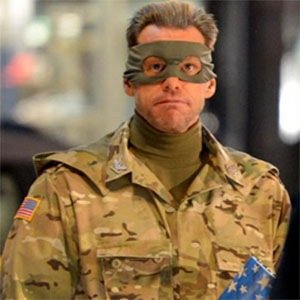 12. In the Flashback sequence during the funeral, you can see the name Mark Millar written on top of the poster. Mark Millar is the author of the Kick-Ass comics.

13. The posters seen in Dave’s room, “American Jesus” and “Superior”, are two graphic novels written by Mark Millar author of the Kick-Ass comics..

14. When Mother Russia is destroying the police cars, the theme music to “Tetris” plays in the background.