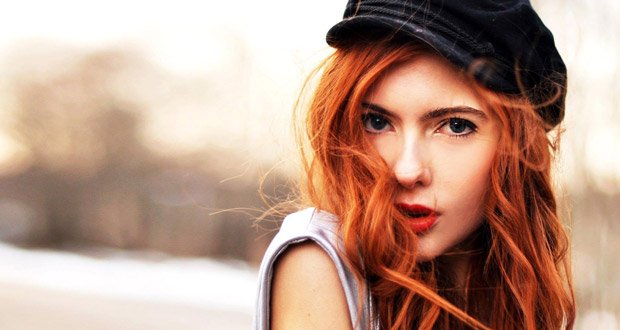 1. Redheads experience pain differently from other people (more sensitive to some types of pain, less to others) because of their genetic makeup; they are also slightly less responsive to anesthetics. – Source

2. The reason we say “redhead” instead of “orangehead”” for hair color is because English didn’t differentiate between the colors until the 1540’s, long after the term was coined. – Source

3. Mark Twain once said that “while the rest of the human races are descended from monkeys, redheads derive from cats.” – Source

5. Redheads have been shown to bruise more. – Source

6. Every year in the first weekend of September the city of Breda, Netherlands hosts an International Redhead Festival. – Source

7. Redheads are not going “extinct”. The gene that causes red hair often skips a generation and redheads would disappear from earth only if every carrier of the gene died without reproducing. – Source

8. It is believed that the redheads in Iceland are most likely descendants of Irish slaves brought over by Nordic settlers. – Source

9. In Egypt, redheads were buried alive as sacrifices to the god Osiris. – Source

10. There is a Redhead Convention every year in Ireland. Redheads from all over the world meeting there, playing games, raising money for charity and doing redhead related things. – Source

11. In the 19th century, a folklorist published a book outlining that being a redhead or the 7th child of the same sex in a family was enough to be considered a strigoi (vampire). – Source

12. BBC Radio broadcasted an April fool’s Day hoax in 1973 about Dutch Elm Disease infecting redheads due to the similarity between their blood count and the soil conditions suitable for the plant disease. Therefore, redheads were advised to stay away from forests for the foreseeable future. – Source

14. Even though redheads make up a small percentage of the human population, 7 out of the 45 men to become President of the United States had red hair. – Source

15. The chemical that makes hair red may become a carcinogen when exposed to sunlight. – Source

16. According to the research, redheads are more likely to be left-handed. – Source

January 23, 2017
Latest Posts
Subscribe to Blog via Email
Did you know?
Loading...
Facts of the Day
Registration is disabled.