1. Oktoberfest started off as a wedding reception for a Prince in Bavaria in 1810, and the newlyweds enjoyed it so much, they suggested making it an annual event. – Source

2. The city of Kitchener, Ontario, Canada with only around 200,000 people is home to the largest Oktoberfest celebration outside of Germany. – Source

3. Albert Einstein worked as an electrician on the Oktoberfest 1896. – Source

4. There are official inspectors on the German Oktoberfest, checking if the beer is no more than 15mm below the mark after calming down for four minutes. – Source

5. Oktoberfest has been canceled 24 times due to Cholera epidemics and war. – Source

6. Country Roads by John Denver is one of the most popular tunes played in the tents at Munich’s Oktoberfest. – Source

7. Director Werner Herzog saved the life of an Oktoberfest attendee when working at the Festival. Werner was required to make sure patrons did not drive drunk, so when one man insisted, he placed the wheel on full lock, passed out and the car continued to drive in a circle until it ran out of gas. – Source

9. A brewery in the West Bank holds a Palestinian Oktoberfest every year, with at least 16,000 attendees. – Source 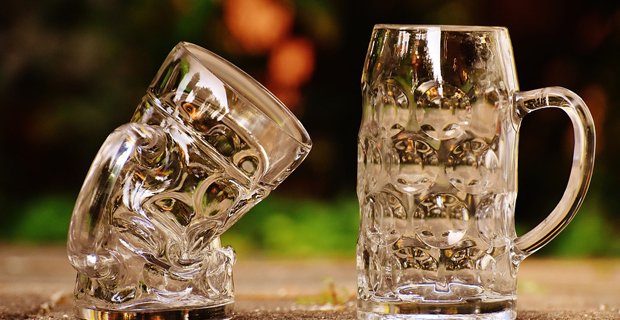 11. At Oktoberfest one of the official tents has always been dedicated to wine instead of beer. – Source

12. Oktoberfest used to be in October but was moved to September to allow people to enjoy the warmer weather. – Source

13. The Chicken Dance was originally named The Duck Dance but during the 1981 Tulsa OK Oktoberfest there were no duck costumes available so a local television station donated what they had; a chicken costume. – Source

14. All iOs code names are named after events like Oktoberfest and Sundance Festival. – Source

16. The 1980 Oktoberfest terror attack is considered to be one of the most severe acts of terrorism in post-war West Germany. – Source

17. Dalian China stages its own version of Oktoberfest at its international beer festival every July. – Source