Here are 20 Amazing facts about Koalas. 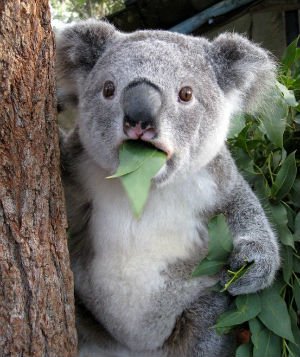 1. Koalas have a small brain, which makes them unable to perform complex tasks such as eat leaves off of flat surfaces. – Source

2. Female koalas are known for engaging in the lesbian behavior. They often overlook males and participate in sexual acts with other females. – Source

3. At around age of six, the koala’s chewing teeth begin to wear down and their chewing efficiency decreases. Eventually, the cusps disappear completely and it dies of starvation.” – Source

4. The Koalas have fingerprints virtually similar to those of humans. – Source

5. 15 million years ago, there was a Koala species 20 times bigger in size than that of the present day Koala. – Source 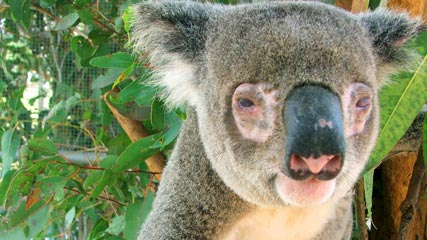 6. A majority of Koala population, around 80% are infected with chlamydia. – Source

7. Koalas are solitary animals, there’s no word for a group of Koalas. – Source

8. At birth, Koalas are no bigger than an inch and weigh less than 0.5 grams. – Source

9. Koalas Are Born 3 to 4 weeks after they are conceived. – Source

10. The young koalas, eat the feces of their mother to obtain the bacteria required to properly digest vegetation found in their ecosystems. – Source 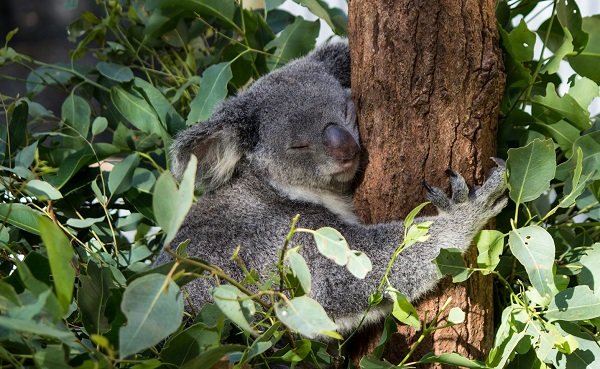 12. A Koala sleeps almost 20 hours a day, and only spends 4 minutes per day doing the active movement. – Source 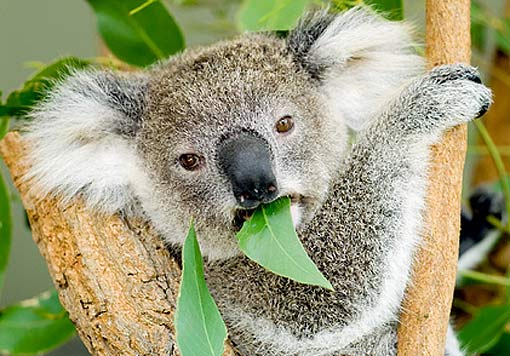 16. Koalas have cheek pouches which they use to store leaves to eat them later. – Source

17. Koalas are good swimmers. This helps them in surviving floods. – Source

18. Koalas are marsupials, not bears. – Source

20. In 2006, thieves planned to steal one of a zoo’s koala but changed their decision after it proved too vicious and stole a crocodile instead which was easier. – Source