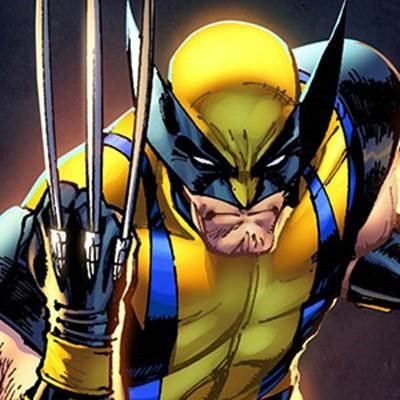 1. Before the X-Men comic books, Wolverine was originally an enemy of the Hulk. In the 1974 issue of The Incredible Hulk #180, the original Wolverine did not have retractable claws but instead he wore gloves with claws attached. He had animal like senses and rage with Spider-man like strength.

3. After the Vietnam War and Watergate Scandal, Captain America became so disillusioned with the US government that he became “The Nomad” – Source

4. X-Men’s Cyclops is a disabled mutant and his early origin explains that he can’t control his eye beams because he fell out of a plane as a child and suffered brain damage. – Source

5. In a 1981 special, Batman took out the Hulk is an absurdly efficient Batman kind of way. After a mess involving the Joker, the Shaper-of-Worlds, and a fake general, the Hulk began a rampage at Wayne Tech. Batman tossed a knock-out gas grenade at Hulk’s head, and then kicked him in the solar plexus, forcing the Hulk to breath in the gas. Hulk went down quick. – Source 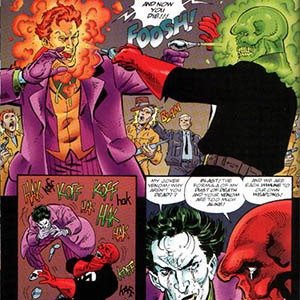 6. In the 1997 DC/Marvel special Batman/Captain America, the Red Skull hires the Joker to steal an atomic bomb during World War II. Joker evades Batman, Cap, Bucky, and Robin and delivers it to the Skull, but is horrified when he learns that the Skull is a Nazi (saying “I may be a criminal lunatic but I’m an American criminal lunatic!”). When the Skull threatens to drop the bomb on Washington D.C., the Joker actually fights him in the plane’s cargo bay. When Captain America and Batman take over the plane and bring it over the ocean, the two villains are dropped out with the bomb just before it explodes. Both Captain America and Batman are convinced the two are still alive somehow. – Source

7. In the debut of Hulk, Stan Lee chose gray for the Hulk because he wanted a color that did not suggest any particular ethnic group. Colorist Stan Goldberg, however, had problems with the gray coloring, resulting in different shades of grey, and even green, in the issue. After seeing the first published issue, Lee chose to change the skin color to green.- Source

8. Iron Man was created by Stan Lee as a challenge to create a hero no one should like and force people to like him. – Source

9. ForgetMeNot is a character in the X-men comics who has been on the team for years. However, due to the nature of his powers, he went unnoticed by his peers and remained absent from official rosters. Professor X placed a psychic reminder in his own mind to force him to remember ForgetMeNot’s existence once an hour. – Source

10. The Teenage Mutant Ninja Turtles was originally a parody of Daredevil, and both Daredevil and the Turtles were created from the same accident. – Source 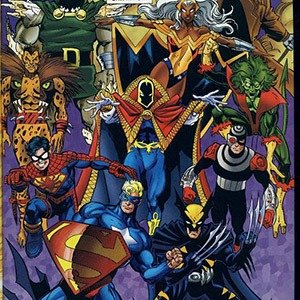 12. Many of Marvel’s notable superheroes and villains are of Irish descent including, Captain America, Beast, Ice man , An incarnation of Ant-Man, Daredevil, Bullseye and Dum Dum Dugan.- Source

13. When Stan Lee and Jack Kirby were creating villains for the Marvel Comic Books they turned to the Bible. Out of that inspiration came Galactus (God) and Silver Surfer (Satan). – Source

14. In the storyline Deadpool Kills the Marvel Universe, the X-Men sends Deadpool to a mental hospital for therapy. The doctor treating him is actually Psycho-Man in disguise, who attempts to torture and brainwash Deadpool into becoming his personal minion. The procedure fails, but leaves Deadpool even more mentally unhinged; as a result, he kills Psycho-Man and begins assassinating every superhero and supervillain in Marvel Universe (everyone listed above) one by one in an attempt (apparently) to rebel against his comic book creators. The book ends with him breaking into the ‘real’ world and confronting the Marvel writers and artists who are currently writing the book. Before he proceeds to enter he turns to the reader, promising that once he’s done with this universe, “I’ll find you soon enough.” – Source

15. Deadpool has “Medium Awareness” which means he is aware that he is a fictional character in a comic book, and this is thought to be due to his mental state. – Source 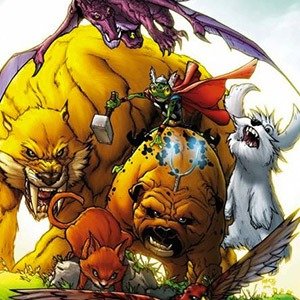 16. Marvel created a superhero named Throg. He is a frog that has the power of Thor and is in a group called the Pet Avengers. – Source

17. In the Marvel Universe the cleanup from major battles is handled by Damage Control, a joint venture of Tony Stark and the Kingpin. They even had their own series in the late 80’s. – Source

18. In one of the Marvel’s “What if?” series Hulk and She-Hulk get married “and their lives became much like those on ‘I Love Lucy’.” – Source

19. Mr. Immortal is a superhero who exists in the Marvel universe with no special powers except immortality. He has been killed in ways including crushing, burning, self-impalement on giant novelty scissors, bear trap, cannon, chainsaw, piranhas, ferrets, spear, and python. – Source

20. There is an issue called The Punisher Kills the Marvel Universe, where he kills every single Marvel superhero and villain, including himself. – Source

20 Things You Probably Missed in a Movie

20 True April Fools’ Day Events that were Hard to Believe