Here are 20 Interesting Real Life Cases of Deception and Trickery. 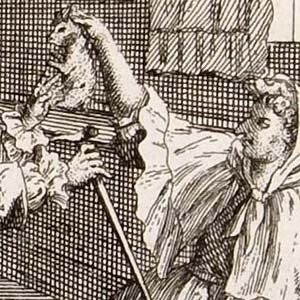 1. In the 1700s, a woman named Mary Toft in England tricked doctors into thinking she could give birth to rabbits. Sometime later she was forced to admit that she shoved dead rabbits into her vagina before ‘birthing’ them. – Source

2. In 2004, a German hacker named Axel Gembe stole the source code for Half Life 2. Gabe Newell, the managing director of the company then tricked him into thinking Valve wanted to hire him as an “in-house security auditor.” He was given plane tickets to the USA and was to be arrested on arrival by the FBI. German government became aware of his plan and he was arrested in Germany and put on trial there. – Source

3. Between 1932 and 1972, the US government tricked around 600 black citizens from Alabama into believing that they were receiving free healthcare. Whereas they were actually test subjects to study the natural progression of untreated syphilis. – Source

4. Someone tricked a Nigerian scammer into hand writing an entire Harry Potter novel, the whole 293 pages and scanned with a scan width of 1200 pixel. – Source

5. From 1946-1953, Quaker Oates and MIT conducted an experiment on unsuspecting, mentally retarded children. They tricked them into eating radioactive cereal by telling them they were in a “science club.” – Source 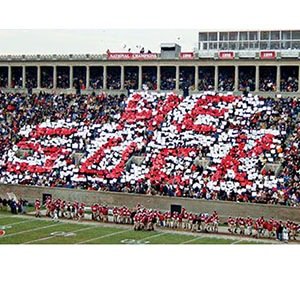 6. In the 2004 Harvard-Yale game, Yale students tricked thousands of Harvard fans into holding up cards that together spelled out “WE SUCK.” – Source

7. In 1906, a German shoemaker, Wilhelm Voigt, impersonated as a military officer and tricked a group of soldiers into helping him rob a small town. The German Emporer, Kaiser Wilhelm II thought it was so funny that he personally pardoned Voigt. – Source

8. In 1998, a Japanese comedian was tricked into a real-life “Truman show” when he accepted a job which (unbeknownst to him) would lock him into an apartment, naked and cut off from everything and film him, without his knowledge. He had to gain his freedom by winning a million yen only thru entering hundreds of sweepstakes. – Source

9. The inventor of the Brazen Bull, Perilaus of Athen’s, was tricked into being the first victim of his sadistic execution device; one of the most common methods of execution in Ancient Greece. – Source

10. Upon discovering how to take double exposure photographs in 1860’s, many photographers tricked people, using the technique, into believing their deceased family members were present and could be captured on film using special cameras. – Source 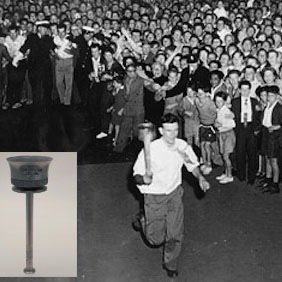 11. A man protested against the 1956 Olympic torch relay by carrying a fake flame, consisting of a pair of underpants set on fire in a plum pudding can, attached to a chair leg. He tricked onlookers and even handed it to the Mayor of Sydney, Pat Hills before escaping without being noticed – Source

12. In WWII, under Operation Cornflakes US tricked the German postal service into inadvertently delivering anti-Nazi propaganda to German citizens through mail in the form of stamps – Source

13. Even after his men cheated and stole from a Jamaican tribe, Christopher Columbus tricked Native Jamaicans into providing provisions by correctly predicting a lunar eclipse. – Source

14. In 1985, In California, a guy claiming to be a doctor successfully tricked a girl into bed (and out of $1000) by claiming that he can give her a vaccine for a ‘fatal disease that she had contracted’ by having sex with her – Source 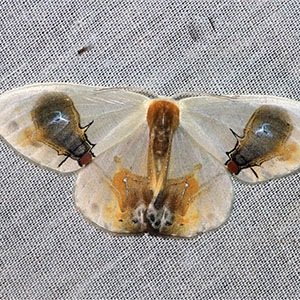 16. The Macrocilix maia moth confuses its predators with wing patterns that mimic two flies eating bird sh*t. It even releases a pungent odor to drive home the deception. – Source

17. During WWII, during Operation Mincemeat, British intelligence successfully deceived Hitler into thinking the Allies were landing in Greece rather than Sicily by dressing up a dead homeless man in a captain’s uniform, fitting him with fake documents, and dropping him off the coast of Spain – Source

18. In 1968, a car driven by Japanese bank employees was pulled over by a motorcycle cop claiming that the car had been rigged with a bomb. The cop got under the car to “defuse” the device. When the car started to smoke, everybody ran. Then the “cop” just drove the car away. This 300 million Yen robbery still remains unsolved – Source

20. “Teletubbies” was filmed on an incredibly large set to create the illusion that the Teletubbies were small. In reality, they ranged from 6 to 10 feet tall. – Source

10 Scientific Phenomenon That will Screw Your Mind