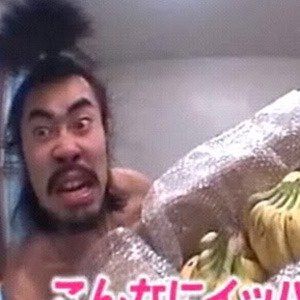 1. Susunu! Denpa Shōnen: In 1998, a struggling 23-year-old Japanese standup comedian known only by his stage name Nasubi (Eggplant) heard about an audition for a mysterious “show-business related job” and decided to try out for it. In fact, he was tricked into being locked away in a one-bedroom apartment for however long it took to win a million yen (then the equivalent of about $10,000) worth of prizes in magazine contests. He had to be naked the whole time and he had no idea he was being broadcast on TV, being watched by millions of people.- Source

2. Who’s Your Daddy?: In 2005 FOX created a reality show named “Who’s Your Daddy?” The show’s premise was that an adult who had been put up for adoption as an infant was placed in a room with 25 men, one of whom was their biological father. If the contestant could correctly pick out who was their father, the contestant would win $100,000. If they chose incorrectly, the person that they incorrectly selected would get the $100,000, although the contestant would still be reunited with his or her father. – Source

3. De Grote Donorshow: The show was a hoax reality television program which was broadcast in the Netherlands in 2007. The program involved a supposedly terminally ill 37-year-old woman donating a kidney to 1 of 25 people requiring a kidney transplantation. Viewers were able to send advice on whom they thought she should choose to give her kidney to via text messages. It was created with the intention of raising awareness about the lack of organ donors. Six weeks after the show aired 12,000 new donors had signed up. – Source

4. Teach: Tony Danza: In 2010, there was a reality show starring Tony Danza named Teach: Tony Danza in which he became a 10th grade English teacher at Northeast High School in Philadelphia. Production was halted at the end of the first semester after the producers felt that existing footage was not dramatic enough, and after Danza refused to allow the producers to try to generate drama among his students. – Source

5. Playboy considered creating a reality show in which homely women from small-town America would receive Playboy-style makeovers to become Playmate material. It was dropped when the director said “Playboy is about beauty. We’re not going to associate Playboy with women that don’t meet our standards.” – Source 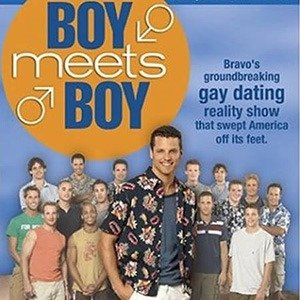 6. Boy Meets Boy: You would expect that the first same-sex dating show would do some revolution on TV. Instead, viewers watched gay bachelor James Getzlaff romance 15 men; unknown to him, where half of them were just pretending to be gay and would win a prize when they got chosen. People who watched the series considered it cruel, offensive, and worst of all, boring. – Source

7. There is a hugely popular reality show in China that interviews death row prisoners moments before their execution – Source

8. Space Cadets: Space Cadets was a British television program that aired in 2005 that designed the most elaborate hoax perpetrated in television history (costing £5million) to trick a group of people (who were selected for their gullibility) of wannabe astronauts into thinking they had been launched into space. – Source

9. Black. White.: Ice Cube produced a reality TV in 2006 called Black. White. The series followed two families of three, one white, and the other black. Through studio-quality make-up, the two families, the Wurgels and the Sparks—traded races and experienced what life is like in the other family’s shoes. – Source

10. An American Family: The show aired in the 1970s is considered the first “reality” series on American television. It intended to chronicle of the daily life of an upper-middle-class family in Santa Barbara, California. It ended with their son coming out as gay as well as divorce over an affair – Source 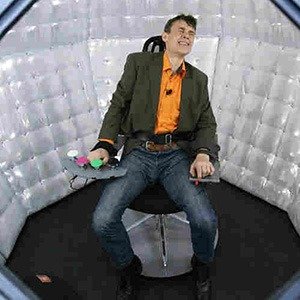 11. Torture: In 2010, a psychological experiment was disguised as a game show called Torture in France. . A group of contestants posed questions to a man sitting inside a box in front of them in an electric chair. The hostess and the audience urged the players to send jolts of electricity into the man in the box when he gave an incorrect answer. Even when the player screamed out in pain for them to stop, 80 percent of the contestants kept zapping him. In reality, the man in the electric chair was an actor who wasn’t really being shocked, but the players and the audience did not know that. – Source

12. Shattered: It was a reality television program shown in the United Kingdom in 2004. Ten contestants were challenged with going without sleep for seven days while their actions were constantly monitored. Over the seven days the ten housemates had to endure daily performance testing and a variety of challenges. They were competing for a potential prize fund of £100,000. Though, at any point, if a contestant closed their eyes for over ten seconds, then £1,000 was deducted from the prize fund. – Source

13. Sperm Race: In 2005, a TV show piloted in Germany called Sperm Race. Twelve male competitors donated their sperm to be sent to a lab in Cologne. At the lab, three doctors then observed the sperm as they “raced” toward an egg with a bit of chemical encouragement. The man with the fastest sperm won a new red Porsche, but the race never aired on TV. – Source

14. Burning Log: Burning Log is a television program which airs traditionally on Christmas Eve or Christmas morning on in Canada. The program is a film loop of a wood fire burning in a fireplace. The show became famous when university students in Victoria staged a mock protest after the show was took off the air in 2000. The program was both a critical and ratings success, and by popular demand, it has been rebroadcast ever since. – Source

15. Australia’s Naughtiest Home Videos: This show holds the fame for being the world’s shortest running TV show ever, being pulled off the air and cancelled halfway through its first and only episode. – Source 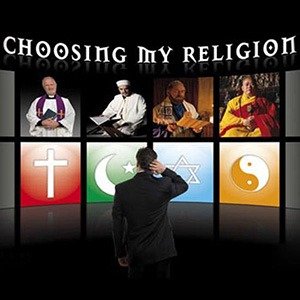 16. Penitents Compete: The show was a planned 2009 Turkish reality television series in which a Jewish rabbi, a Buddhist monk, a Greek Orthodox priest, and a Muslim imam were to attempt to convert a group of 10 atheists each week. It was scheduled to begin airing in September 2009 in Turkey. After the Presidency of Religious Affairs denied permission for an imam to appear, the program appears to have been cancelled. – Source

17. Who Wants To Marry A U.S. Citizen?: The show devised by Morusa Media in California in 2007, which by the end of that year had already come up with the first pool of contestants and a host signed up. The idea was that a lucky, single American woman goes on dates with three handsome but illegal immigrants and at the end of the show picks one to spend the rest of her life. The producers though made no promises that a marriage would occur or lead to U.S. citizenship. The host, Angelo Gonzales argued, “There are thousands of US citizens seeking a spouse, and just as many immigrants seeking the same. So we want to make it a win-win situation for all involved”. – Source

18. The Littlest Groom: The show was a weak attempt at a stand out among dating shows. A dozen dwarf women competing with average-sized females for the affections of a 4-foot-5-inch bachelor. It had very little success. – Source

19. Bad Dads: Penniless single mothers hunted down deadbeat dads and humiliated them into paying child support with the cameras running. The show had a zillion critics before even getting it pilot. According to the protesters, the worst part about Bad Dads was the way it would publicly humiliate children of divorce parents by depicting their fathers as not loving or caring for them. These children did not volunteer to be humiliated on national television. – Source

20. Who Wants to Marry a Multi-Millionaire? 50 women competed to be an unknown multi-millionaire’s bride who was revealed to be Rick Rockwell, whom they did not see except in silhouette. He selected Conger and married her on the spot. Shortly after the series, reports surfaced that Rockwell had failed to disclose to the series producers that a former girlfriend of his filed a restraining order against him for domestic violence. Questions were also raised as to whether Rockwell was actually a multi-millionaire. FOX stated that Rockwell had $750,000 in liquid assets and a net worth just more than $2 million. According to the winner, the marriage was never consummated. – Source

25 Kickass and Bizarre Units of Measurement