Here are 20 Kickass and Interesting Facts About Robin Williams. 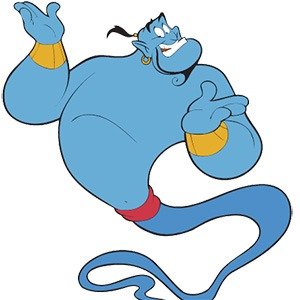 1. Disney wanted Robin Williams for the voice of the genie in Aladdin so much that they animated and lip-synced the genie doing actual stand-up comedy from Williams before ever approaching him. Williams was so impressed that he immediately signed on.

2. He agreed to voice the Genie, provided that his name or image not be used for marketing, and his (supporting) character not take more than 25% of space on advertising artwork. Disney went back on both promises to ensure box office success.

3. Robin Williams only made $75,000 for voicing Genie, which went on to gross over $200 million domestically. “Disney later sent him a late Picasso painting as a way of thanking him for his work.”

4. While filming “Schindler’s List,” Steven Spielberg would put Robin Williams on speaker phone to cheer up the cast and crew.

5. After Christopher Reeve’s injury, Robin Williams burst into his room in the ICU in full scrubs and claimed he was a proctologist and that he was going to perform a rectal exam. Reeve said it was the first time he had laughed since the accident, and he knew somehow everything was going to be okay. 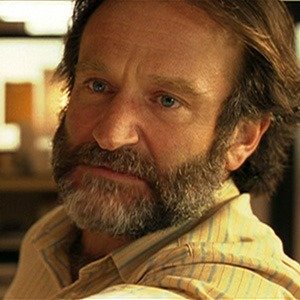 6. Robin Williams improvised the last line in Good Will Hunting, as well as the scene where he talks about his wife farting in bed. That’s why Damon was laughing so hard.

7. The last three people John Belushi was snorting cocaine with before he fatally overdosed was a drug dealer, Robin Williams and Robert DeNiro.

8. Robin Williams was considered for the lead role in “The Shining” but, after seeing Mork & Mindy, Kubrick deemed him too psychotic for the role.

9. Robin Williams’ appearance on Inside the Actor’s Studio caused an audience member to have a hernia due to laughing excessively.

10. Robin Williams decided to test out the believability of his Mrs. Doubtfire character during filming by going, as Mrs. Doubtfire, into an adult bookstore and making a purchase. He was able to do so without being recognized. 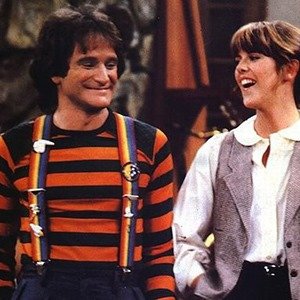 11. When he auditioned for the role of Mork from Ork on Happy Days (1974), producer Garry Marshall told him to sit down. Williams immediately sat on his head on the chair. Marshall hired him, saying that he was the only alien who auditioned.

12. During the making of Mork & Mindy (1978), Williams deviated from the scripts and ad-libbed so many times and so well that the producers stopped trying to make him stick to the script and deliberately left gaps in the later scripts leaving only “Mork can go off here” in those places so Robin could improvise.

13. On the night his death was announced to the UK on the BBC News Channel, BBC Three had just broadcasted the Family Guy episode where Peter Griffin wishes that everyone was Robin Williams, is struck by lightning and then has the power that everyone he touches turns into Robin Williams.

14. He was a huge fan of the “Legend of Zelda” series since the first game appeared in 1986, and even named his daughter Zelda, after the eponymous character. Both Robin and Zelda appeared in a commercial for The Legend of Zelda: Skyward Sword in 2011.

15. During the course of recording the voice of Genie in Aladdin (1992), Robin improvised so much that they had almost 16 hours of material. He also ad-libbed so many of his lines that the movie’s script was turned down for a Best Adapted Screenplay Academy Award nomination. 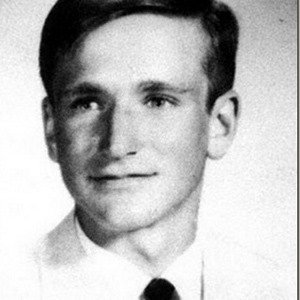 16. He was voted “Most Humorous” and “Least likely to succeed” in school.

17. He invented the curse word “Shazbot.” It was first heard on the situation comedy Mork & Mindy (1978) (in which Mork says the expression during the opening credits). Later, it was used in an episode of The Simpsons (1989) (Treehouse of Horror VI), which aired on 10/30/95. In 1998, it was used as a voice chat option in the very popular “Starsiege Tribes” game and was carried over into the sequels “Tribes 2” and “Tribes: Vengeance”. Incidentally, “shazbot, nano nano” also remain the last recorded words of the legendary former singer of AC/DC Bon Scott (1946-1980), still available on the album “Highway to Hell.”

19. Early in his career, he told a reporter that he was born in Scotland. His original press releases indeed listed Scotland as his place of birth. He admitted that he was “under the influence” at the time he said this. He was really born in Chicago.

20. Before becoming an actor, Robin Williams was a street mime.

25 Mind-Blowing Fan Theories from Around the Internet