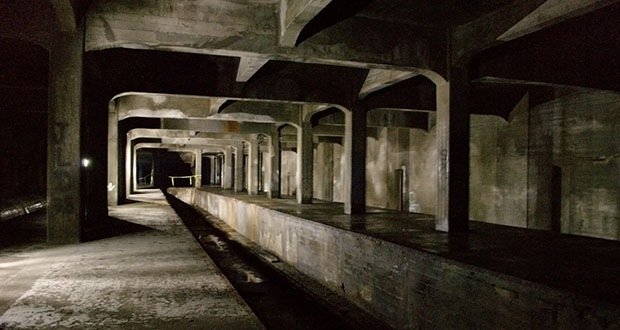 In the early 1900s, Cincinnati was one of the top growing U.S. cities. They had already expanded beyond their borders and needed a mass transit system, but estimates for a new subway were around $12 million, but they only had $6 million in the budget.  Rather than rethinking the project or opt for an alternate system, city planners threw caution to the wind and went ahead with a modified version of the $12 million plan anyway, until they ran out of money a little over halfway through. Most of a basic subway network had already been dug out and built, but then the city found they had no more funds to actually put anything inside it. 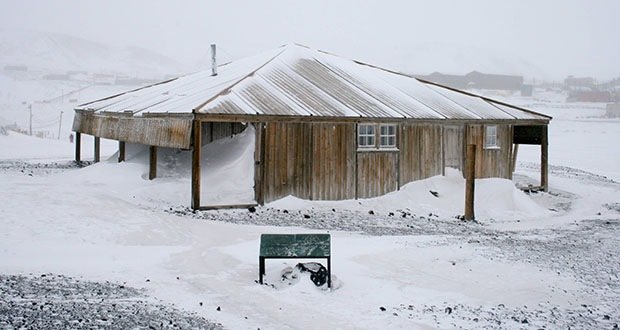 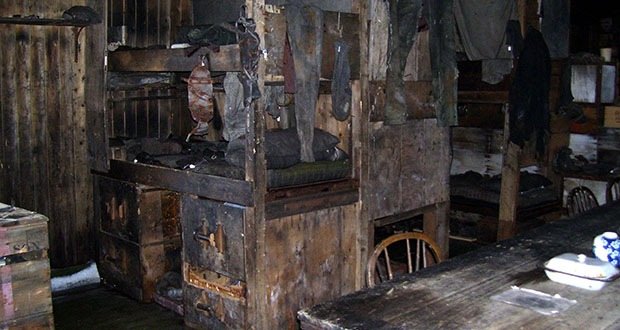 In the winter of 1911, Robert Scott and his men left the relative safety of their base camp, a 50-foot-by-25-foot timber and seaweed hut, and set out on a mission to reach the South Pole.  Scott and his four companions managed to attain the pole in January 1912, but discovered that another team had already beat them to it by more than a month. Scott’s party dejectedly began the 800-mile journey back, but before reaching the safety of their hut, the entire group perished in the ice.The hut that Scott was so desperately trying to reach was abandoned and completely forgotten for about 40 years, until a U.S. expedition dug it back out of the snow. The building was found perfectly preserved by the cold, right down to the tomato ketchup. 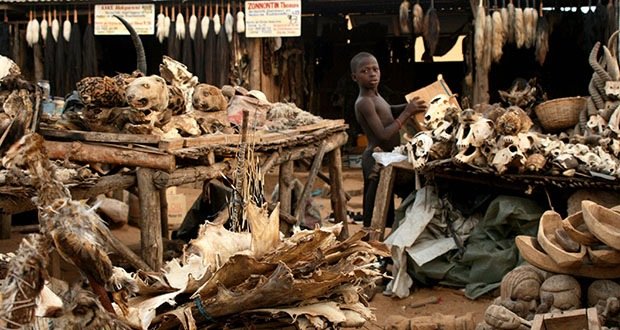 Voodoo is an actual, legitimate religion that many people still practice it seriously. It is especially popular in Western African countries like Togo, and its capital, Lome, is home to one of the largest markets of Voodoo paraphernalia in the world.” 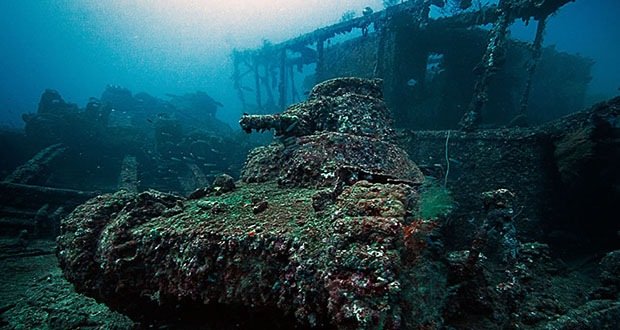 The Chuuk (or Truk) Lagoon is a large atoll north of New Guinea. Back in February of 1944, the U.S. Navy launched an attack on the Imperial Japanese Army called Operation Hailstone. It was one of the most spectacular battles of the Pacific theater. By the end of it, thousands of soldiers on both sides were dead.  Weapons, machinery and the corpses of the soldiers are forever entombed at the bottom of the Pacific. And they are still there, left untouched, just as they were nearly 70 years ago.

5.  The Tomb of the Sunken Skulls, Sweden 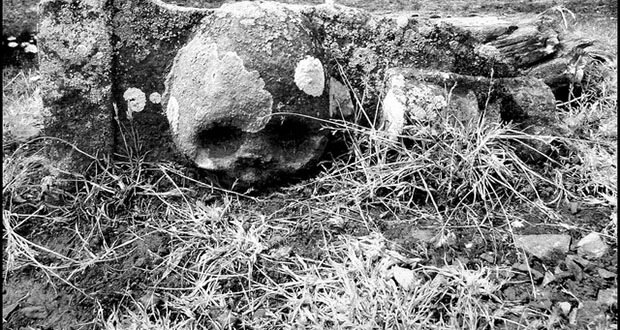 In 2009, archaeologists were excavating the bottom of a prehistoric dry lake bed in Motala, Sweden, when they stumbled upon the foundations of a mysterious stone structure sealed at the bottom of the ancient lake. They eventually unearthed animal bones, stone tools and, 8,000-year-old skulls of 10 people, ranging in age from small children to the elderly.  They then found an 11th skull buried deep within the ancient mud of the lake bottom with fragments of one of the other skulls lodged inside it’s cranium. 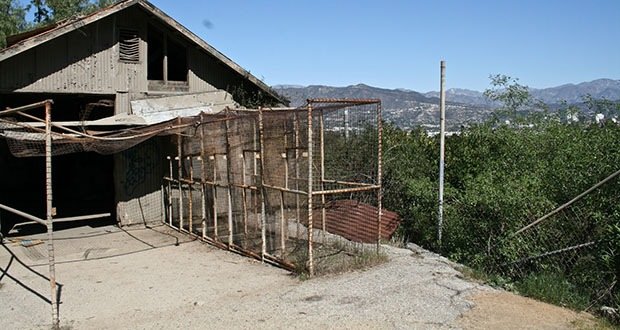 In Griffith Park, Los Angeles, you can find the abandoned ruins of the old L.A. County Zoo. Rather than demolishing the place when the new one was built, the city opted to leave it open for the public as a kind of museum of the rusting, empty cages and rotting enclosures. 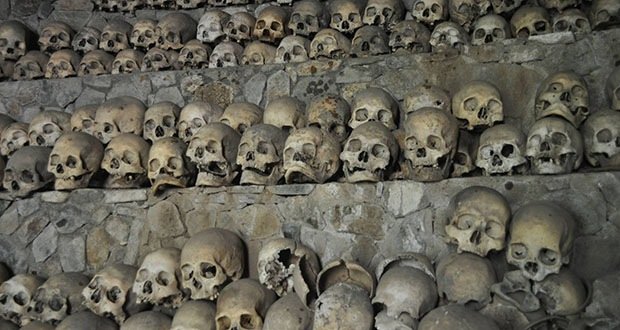 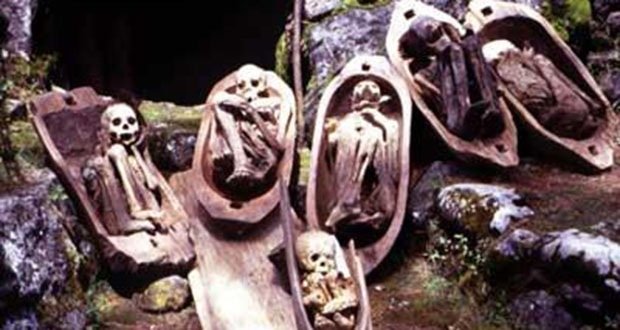 Located in the northern Philippines, the Kabayan Burial Caves were first discovered accidentally by a logging crew clearing a local mountain slope. Once they checked inside, the loggers found hundreds of skulls and strange little walnut-shell-like coffins. Cracking open the coffins revealed scores of mummified remains of the Ibaloi people. 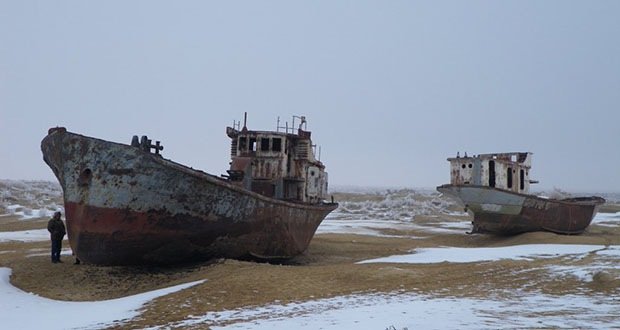 This impossible ship graveyard is located dead smack in the middle of what looks like a desert.  It is all that is left of Muynak, a city in western Uzbekistan. Many years ago, hundreds of ships used to dock at this bustling fishing port by the Aral Sea, but over time the water in the world’s 4th largest lake just dried up after Soviet diverted the water that fed this lake. 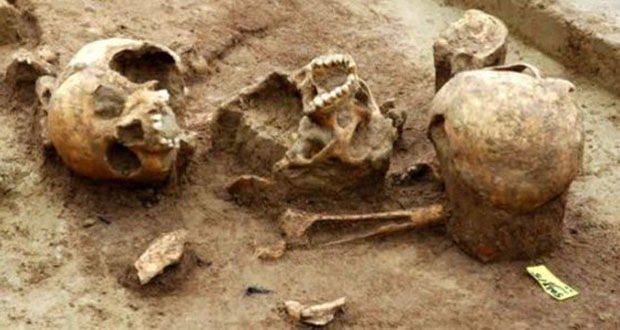 Dr. Bruno Boulestin and his team were digging around the site of a 7,000-year-old village called Herxheim when they uncovered a human bone, then they pulled out another bone from another set of remains, and another, and another — 500 bodies in all. The bones were covered in bite marks.  All 500 showed “markings similar to those found on the remains of animals that have been spit roasted.” They found cuts in the human bones from the meat being scraped off, and most of them broken open to dig out the marrow. 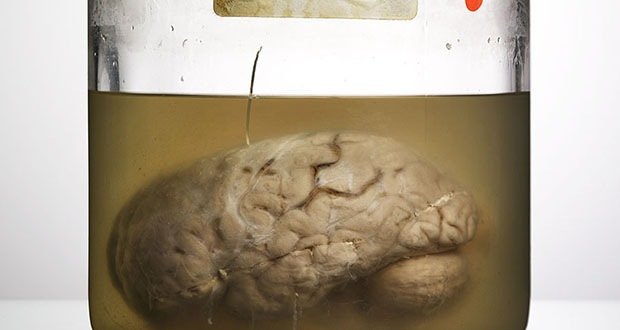 A group of Russian urban explorers discovered a sealed building full of disused lab equipment and strange little glass jars. When they wiped the dust off, they found pickled brains in the jars, sealed up in an abandoned laboratory beneath Moscow. It was a long-forgotten relic of the Cold War, a secret Soviet installation that had been hastily abandoned for no apparent reason. There’s no specific date listed, but one of their finds was a weathered image of former Soviet President Mikhail Gorbachev gathering dust beneath a preserved, disembodied brain in a jar.