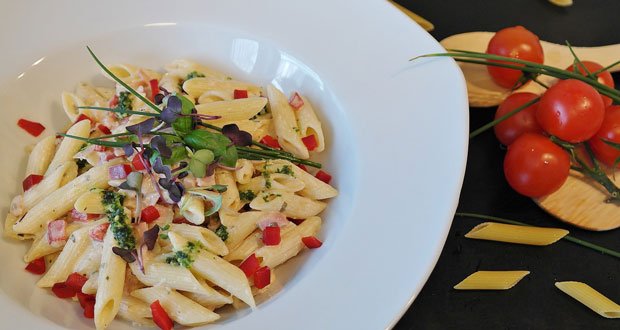 2. The only reason to add salt to water for cooking pasta is to add flavor. It would take 15 tablespoons of salt to raise the boiling temperature of 1L of water by 2 degrees. – Source

3. The first record of a tomato based pasta sauce was in 1790. Italian cuisine had no tomatoes until after New World contact since tomatoes originate from the Americas. – Source

4. To Italians, the correct way to eat spaghetti is with only a fork. Eating spaghetti with a fork and spoon means you’re either an amateur, a child, or have really bad table manners. – Source 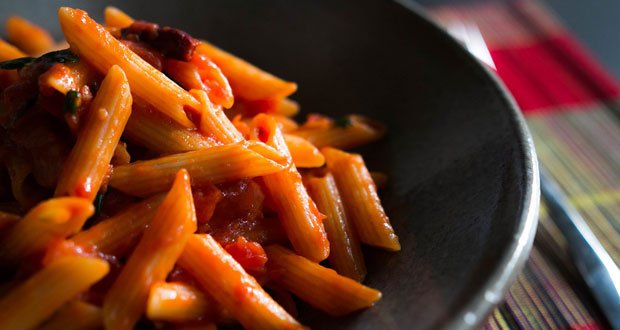 6. It’s faster and more efficient to cook pasta in a frying pan. – Source

7. Fish semen, known as milt, is considered a delicacy in many cuisines. The Sicilians use it as a pasta sauce. – Source

9. Italian names for pasta usually end in the letter I or E as they are the masculine & feminine pluralisations, singulars normally end in an O such as ‘Spaghetto’, ‘Raviolo’, and ‘Tortellino’. – Source

12. The distinct shape of Tortellini is supposedly from when an innkeeper was transfixed by the beauty of Venus. The innkeeper peeked in through a keyhole and saw Venus’ navel. He rushed to the kitchen and created a pasta modeled after Venus’ navel. Thus Tortellini was invented. – Source

13. Pasta shapes are different for different types of sauces. – Source

14. Macaroni does not refer to the shape of the pasta. – Source

15. There are microscopic weevil eggs in grain products such as pasta and if you leave them in your cupboard for too long they will hatch. – Source

16. There is a type of pasta, shaped like radiators, called radiatori. – Source

17. The baseball from the famous Steve Bartman incident, after being sold for over $100k, was made into pasta sauce. – Source

18. The same ingredient in synthetic leather is used in dried pasta. – Source

19. Pasta primavera was first made in Canada and popularized in Manhattan. – Source

21. An Anaheim chef serves free pasta meals to “motel kids” whose families cannot afford permanent homes. The chef was inspired by his Italian mother who saw a child eating potato chips for dinner and told him in Italian, “You must feed them the pasta!” He has served over 270,000 meals. – Source