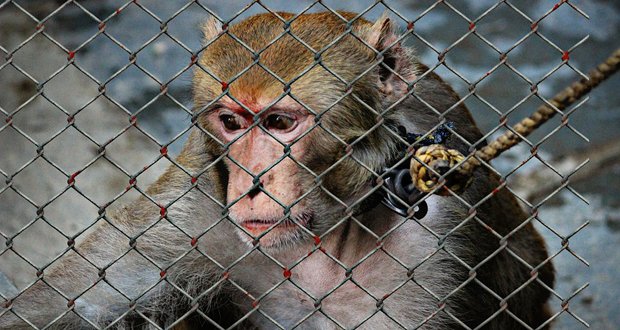 1. Mary Ellen Wilson, a little girl was declared to be an animal to remove her from an abusive home because while animal cruelty laws had been passed, child abuse laws had not. – Source

2. Betty White is a huge animal lover who would have become a zookeeper had she not gone into acting. She rejected a role in “As Good As It Gets” because of an animal cruelty scene, she visits local zoos when traveling, and she’s been a long-term board member and generous donor to the L.A. Zoo. – Source

3. The octopus is so intelligent, that the UK considers them honorary vertebrates for the purposes of animal cruelty laws. – Source

4. When coming to power in January 1933, the Nazi Party passed a comprehensive set of animal protection laws, with Hitler saying “In the new Reich, no more animal cruelty will be allowed.” – Source

5. During the filming of “The Adventures of Milo & Otis” many animal cruelty allegations were made against the film including the alleged killing of over 20 kittens, the director breaking a cat’s paw, and a cat plunging over 100 feet off a cliff. – Source

6. 25% of cats in the US are declawed, a procedure that is considered animal cruelty and is banned in many countries. – Source

7. The American Kennel Club is funded by puppy mills and has spent significant amounts of money lobbying against animal cruelty prevention laws. – Source

8. Henry Bergh, the founder of the ASPCA, was the recipient of death threats, physical attacks, and public ridicule for his efforts to prevent animal cruelty. He was referred to as “The Great Meddler” in newspapers. – Source

9. In 2012 a man in Helena, Montana was charged with animal cruelty for getting a dog drunk. The dog’s blood alcohol content was 0.348 which could be fatal for humans. – Source

11. Police charged an Illinois man with animal cruelty for sexually abusing his pet peacock, which police learned died while they were investigating an alleged case of the man’s indecent solicitation of a child. – Source

12. Live pigeon shooting is practiced in Bucks County, Pennsylvania. The authorities decline to enforce the animal cruelty legislation to put a stop to it, and the local animal rights groups turn a blind eye. – Source

13. There is a searchable animal cruelty database that covers the U.S., New Zealand, Canada, the United Kingdom, Australia, and Spain. – Source

15. The “American Society for the Prevention of Cruelty to Animals”, only uses 9% of your donations to help animals. That was out of $117 million in donations for 2012. – Source

March 9, 2017
Latest Posts
Subscribe to Blog via Email
Did you know?
Loading...
Facts of the Day
Registration is disabled.