Here is a list of 23 Inventors Killed by Their Own Inventions.

1-5 Inventors Killed by Their Own Inventions 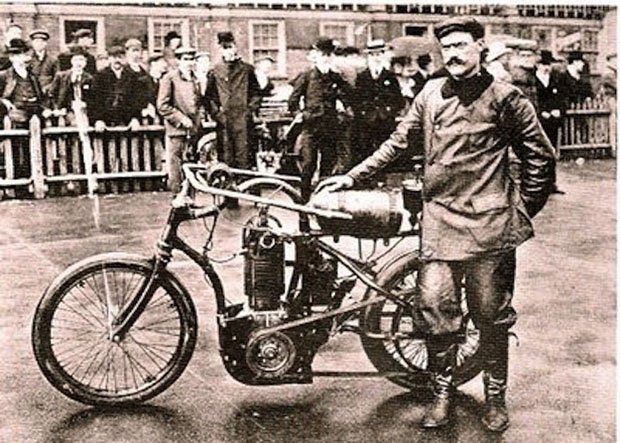 1. William Nelson (1879−1903), a General Electric employee, invented a new way to motorize bicycles. He then fell off his prototype bike during a test run and died.

2. Fred Duesenberg (1876–1932) was killed in a high-speed road accident in a Duesenberg automobile.

3. Sylvester H. Roper, the inventor of the eponymous steam-powered bicycle, died of a heart attack or subsequent crash during a public speed trial in 1896. It is unknown whether the crash caused the heart attack or vice versa.

4. Francis Edgar Stanley (1849–1918) was killed while driving a Stanley Steamer automobile. He drove his car into a woodpile while attempting to avoid farm wagons traveling side by side on the road.

5. Ismail ibn Hammad al-Jawhari (died 1010) was a Muslim Kazakh Turkic scholar from Farab who attempted to fly using two wooden wings and a rope. He leaped from the roof of a mosque in Nishapur and fell to his death.

6-10 Inventors Killed by Their Own Inventions 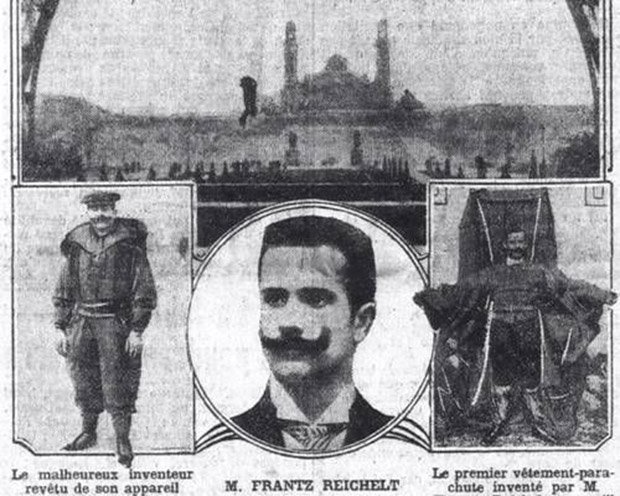 6. Franz Reichelt (1879–1912), a tailor, fell to his death off the first deck of the Eiffel Tower while testing his invention, the coat parachute. It was his first attempt with the parachute, and he had told the authorities he would first test it with a dummy.

7. Jean-François Pilâtre de Rozier was the first known fatality in an air crash when his Rozière balloon crashed on 15 June 1785 while he and Pierre Romain attempted to cross the English Channel.

9. Aurel Vlaicu (1882–1913) died when his self-constructed airplane, Vlaicu II, failed during an attempt to cross the Carpathian Mountains by air.

10. Henry Smolinski (died 1973) was killed during a test flight of the AVE Mizar, a flying car based on the Ford Pinto and the sole product of the company he founded.

11-15 Inventors Killed by Their Own Inventions 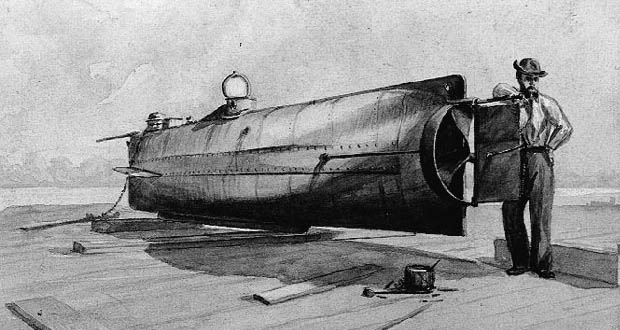 11. Horace Lawson Hunley (died 1863, age 40), Confederate marine engineer and inventor of the first combat submarine, Hunley, died during a trial of his vessel. During a routine test of the submarine, which had already suffered one accident, Hunley took command. After failing to resurface, Hunley and the seven other crew members drowned. The navy salvaged the submarine and put it back into use.

13. William Bullock (1813–1867) invented the web rotary printing press. Several years after its invention, his foot was crushed during the installation of the new machine in Philadelphia. The crushed foot developed gangrene and Bullock died during the amputation.

14. Thomas Midgley, Jr. (1889–1944) was an American engineer and chemist who contracted polio at age 51, leaving him severely disabled. He devised an elaborate system of ropes and pulleys to help others lift him from the bed. He was accidentally entangled in the ropes of the device and died of strangulation at the age of 55. However, he is more famous—and infamous—for two of his other inventions: the tetraethyl lead (TEL) additive to gasoline, and chlorofluorocarbons (CFCs).

15. Alexander Bogdanov (1873–1928) was a Russian physician, philosopher, science fiction writer, and revolutionary of Belarusian ethnicity who experimented with blood transfusion, attempting to achieve eternal youth or at least partial rejuvenation. He died after he took the blood of a student suffering from Malaria and Tuberculosis, who may have also been the wrong blood type.

16-20 Inventors Killed by Their Own Inventions 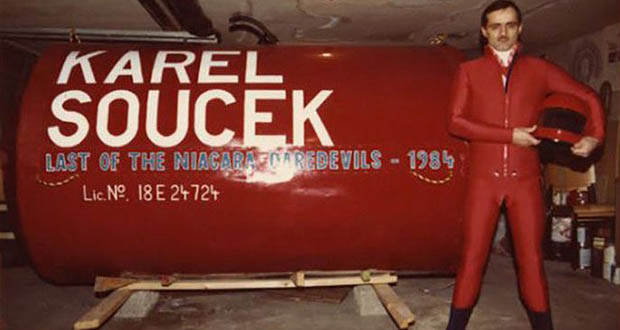 16. Karel Soucek (1947-1985) was a Canadian professional stuntman who developed a shock-absorbent barrel. He died following a demonstration involving the barrel being dropped from the roof of the Houston Astrodome. He was fatally wounded when his barrel hit the rim of the water tank meant to cushion his fall.

17. Marie Curie (1867–1934) invented the process to isolate radium after co-discovering the radioactive elements radium and polonium. She died of aplastic anemia as a result of prolonged exposure to ionizing radiation emanating from her research materials. The dangers of radiation were not well understood at the time.

18. Some physicists who worked on the invention of the atom bomb at Los Alamos died from radiation exposure, including Harry K. Daghlian, Jr. (1921–1945) and Louis Slotin (1910–1946), who both were exposed to lethal doses of radiation in separate criticality accidents involving the same sphere of plutonium.

20. Li Si (208 BCE), Prime Minister during the Qin dynasty, was executed by the Five Pains method which he had devised.

21-23 Inventors Killed by Their Own Inventions 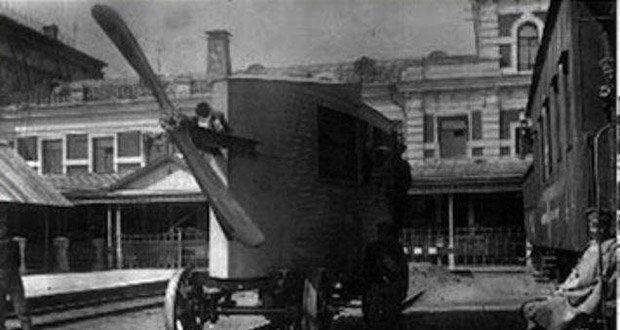 21. Valerian Abakovsky (1895–1921) constructed the Aerowagon, an experimental high-speed railcar fitted with an aircraft engine and propeller traction; it was intended to carry Soviet officials. On 24 July 1921, a group led by Fyodor Sergeyev took the Aerowagon from Moscow to the Tula collieries to test it, with Abakovsky also on board. They successfully arrived in Tula, but on the return route to Moscow, the Aerowagon derailed at high speed, killing everyone on board, including Abakovsky (at the age of 25).

22. George Jackson Churchward CBE (1857–1933), former Chief Mechanical Engineer of the Great Western Railway (GWR), was struck and killed by a Paddington to Fishguard express, pulled by No. 4085 ‘Berkeley Castle’. The locomotive was of the GWR Castle class, a successful design by Charles Collett and greatly influenced by Churchward.

23. Max Valier (1895–1930) invented liquid-fuelled rocket engines as a member of the 1920s German rocketeering society Verein für Raumschiffahrt. On 17 May 1930, an alcohol-fuelled engine exploded on his test bench in Berlin, killing him instantly.

Origin of the Sushi California Roll