1. In Ancient Egypt, the bodies of deceased beautiful and high-ranking women were left to decay for 3 to 4 days before being sent off for embalming. They did this to discourage necrophilia (s*x with the dead). – Source

2. In ancient Egypt, men would take time off of work to care for menstruating wives and daughters. – Source

3. A woman made great contributions to Egyptology after hitting her head as a toddler and claiming to have unlocked a past life as a priestess in Ancient Egypt. – Source

4. In ancient Egypt, couples were considered married whenever they moved in together – wedding ceremonies were reserved for the upper classes. – Source

5. In ancient Egypt, any books found in ships coming into the port would be brought immediately to the library of Alexandria and be copied. The original would be kept in the library and the copy given back to the owner. – Source

6. Sea Peoples was a group of raiders that nearly toppled ancient Egypt. We know nothing about where they came from or who they were. – Source

7. The Ottoman Turks unknowingly used the Rosetta Stone as a building slab for a military fort. The French captured the fort and became fascinated with the stone, which unlocked the lost secrets of Ancient Egypt. – Source

8. In Ancient Egypt, dwarfs were seen as people who had celestial gifts, were treated with the greatest respect and enjoyed the highest social positions. – Source

9. There is evidence to support that Ancient Egypt had proctologists and their term for the position literally translates to “shepherd of the anus”. – Source

11. Napolean Bonaparte’s invasion of Egypt in 1798 is a large part why we know so much about Ancient Egypt. He brought a team of 160 scientists, astronomers, engineers, architects, artists, interpreters, and printers to record and document what he found. – Source

12. Women in Ancient Egypt used to keep a scented pouch in their vagina for a while before presenting it to a prospective lover. – Source

14. Ancient Egyptian gods Horus and Set battled it out for dominion over Egypt by trying to force the other to consume his semen. – Source

15. Whenever a cat died in Ancient Egypt, their human family would go into a deep mourning and shave their eyebrows. – Source

17. The first documented case of cancer dates back to Ancient Egypt, in 1500 B.C. – Source

18. There was a cult that lived in a village modeled on ancient Egypt, and mixed black nationalism, cryptozoology, UFO religions, and conspiracy theories, until it’s founder was convicted of largest child molestation prosecution in history. – Source

20. In Ancient Egypt, there was a man called the Slitter, who prepared the dead body for embalming by cutting it open and then immediately running away while everyone chased him and attacked him with stones for harming the body. – Source 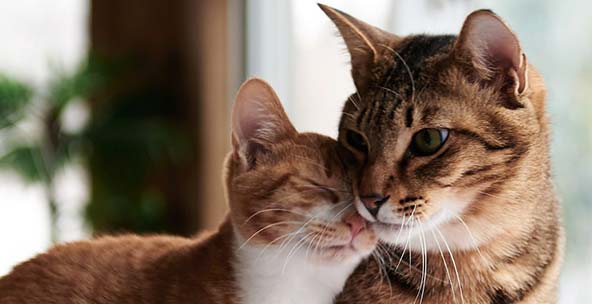 21. Cats were held in such high esteem in ancient Egypt that the penalty for killing a cat even accidentally was death. – Source

22. In Ancient Egypt, bread was one of the most important food staples; it was eaten daily by both rich people and the lower classes. Following ancient recipes, the bread has a rough texture with a shiny exterior and tastes nutty. – Source

23. The ancient Egyptians attempted to build an 110-meter long dam to control the Nile River – centuries before modern day Egypt tried it. – Source

24. Schistosomiasis, which can cause bloody urine, was so prevalent in Ancient Egypt that they believed that boys also menstruated. A young boy’s first “period” was considered a rite of passage. – Source

25. In Ancient Egypt, women had the same rights as men from a legal standpoint. The only differences that existed, as in men, derived from class and not gender. – Source