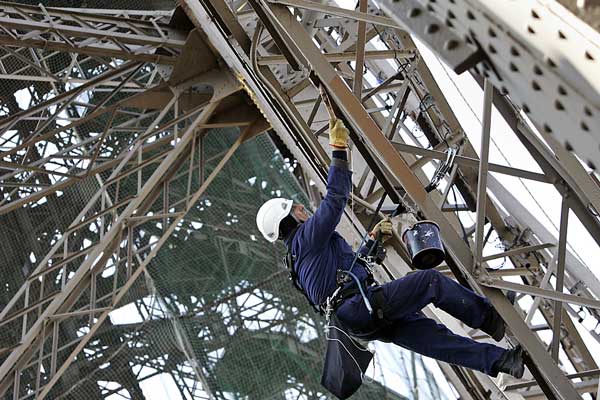 1. The Eiffel Tower requires 60 to 70 tons of paint to cover the entire structure. The tower is also painted a lighter shade at the bottom and a darker shade near the top to counteract the effect of atmospheric perspective. – Source

2. The Eiffel Tower was originally supposed to be in Barcelona, but thinking the thing would end up looking like an eyesore, the city rejected Gustave Eiffel’s plans, and he was forced to repitch the project elsewhere. Luckily, Eiffel found a home for his idea in Paris. – Source

3. When Paris fell to the Nazis in 1940, French soldiers cut the elevator cables to the Eiffel Tower. This meant that if Hitler wanted to hoist a swastika flag, they would have to climb hundreds of stairs to get to the top. – Source

4. Eiffel Tower’s height can vary with the outside temperature by almost 7 inches. – Source

5. The Eiffel Tower was originally planned to be demolished in 1909 but was saved because it was repurposed as a giant radio antenna. And in 1913, the tower transmitted a signal all the way to Washington DC. – Source 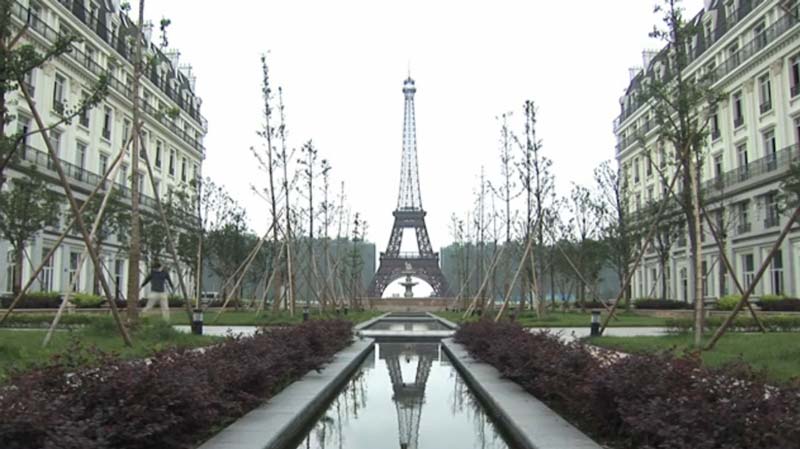 6. China tried to build a city that was a replica of Paris, right down to the replica Eiffel Tower, but it’s now a ghost town. – Source

7. A man in France impersonated a government official, and managed to sell the Eiffel Tower not once, but twice. – Source

8. Guy de Maupassant ate lunch at the base of Eiffel tower almost every day because he hated it and that was the only place in Paris from which he could not see it. – Source

9. Gustave Eiffel had installed a private apartment at the summit of Eiffel tower to which he alone had access. – Source

10. Most of the French authors were against the building of the Eiffel Tower in their times. – Source 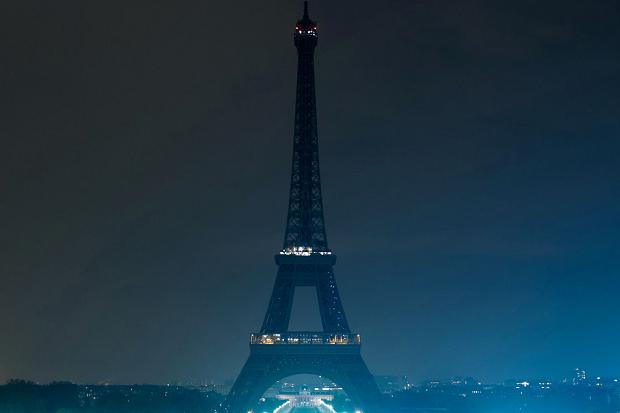 11. The Eiffel Tower is not fully illuminated 24/7, and actually, shuts off the lights at 1 AM to conserve power. – Source

12. When the very first footage of Team America: World Police was screened for Paramount executives, it was a poorly crafted puppet in front of a background of a badly drawn Eiffel Tower, prompting one executive in the audience to yell, “Oh God, they f*cked us!” – Source


13. There was a person who tried to blow up the Eiffel Tower because its light was shining through his bedroom keeping him awake at night. – Source

14. The 1889 World’s Fair in Paris, famous for the construction and unveiling of the Eiffel Tower, had a “Negro Zoo” with 400 black people in cages as one of the attractions. – Source

15. The Eiffel Tower leans very slightly in bright sunlight, as one side is heated by the sun and expands slightly. – Source 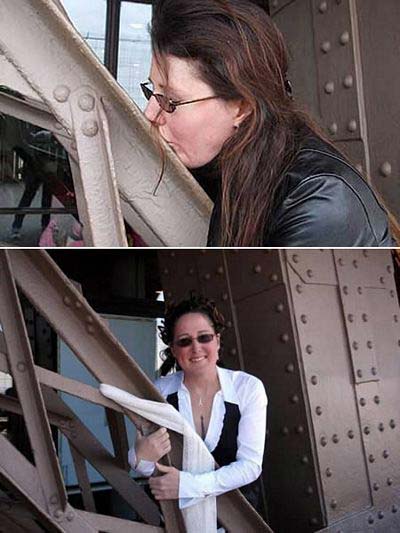 17. The Eiffel Tower has been re-painted 18 times since its initial construction. It has changed color several times, starting with Red and then to a yellow-ochre. Later to a chestnut-brown and finally to the bronze neutral color that it is today. – Source

18. The US recycles enough steel to build 25 Eiffel Towers every day. – Source

19. American fighter pilot William Bruce “Bill” Overstreet Jr. shot down a German Messerschmitt Bf-109G after chasing it through the arches of the Eiffel Tower. – Source

20. The 1/2 scale replica of the Eiffel Tower outside the Paris hotel in Las Vegas was originally planned as full size, but had to be shrunk due to the nearby airport. – Source

21. The Eiffel Tower once served as the largest billboard in the world, displaying a lit advertisement for French car manufacturer Citroën from 1924 to 1935. – Source

23. In 1912 a tailor jumped to his death from the Eiffel Tower in a failed test of the parachute he’d designed. – Source

24. It is technically illegal to publish images of the lit Eiffel Tower at night,  however, photographs taken during the daytime are perfectly acceptable.  – Source

25.  The Eiffel Tower was almost temporarily relocated to Canada in 1967. – Source