1. As a child, Muhammad Ali was refused an autograph from his boxing idol Sugar Ray Robinson. When Ali became a prized fighter he vowed to never deny an autograph request, which he honored through his entire career. He even had a special P.O. Box for anyone who wanted his autograph. – Source

2. Legendary boxer Muhammad Ali reportedly went two months without sex before a big fight, claiming it made him unbeatable in the ring. – Source

3. When Muhammad Ali was 12 years old, he and his friend went to the Columbia Auditorium. On returning from the show they went back to get their bicycles only to discover that Muhammad Ali’s had been stolen. This incident inspired Ali to become a boxer. – Source

4. One of the first MMA fights was between Muhammad Ali and a Japanese pro wrestler. Only shortly before the fight, Ali’s camp realized it was not going to be orchestrated. After the fight (and 64 kicks to his legs), Ali was left with 2 blood clots which nearly caused his leg to be amputated. – Source

5. Muhammad Ali was invited to North Korea in 1995 with a collection of other athletes. Though he didn’t speak much during the visit, at one function, as officials claimed they could take out the US or Japan whenever they wanted to, Ali declared loudly “no wonder we hate these motherf*ckers.” – Source 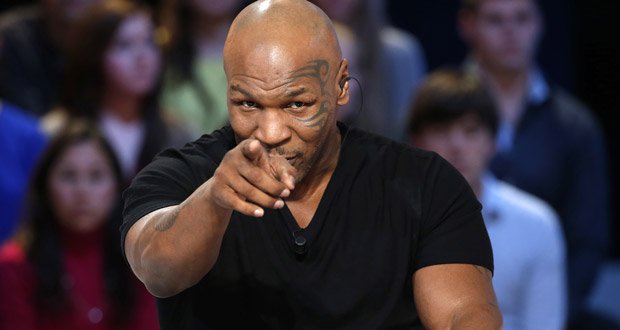 6. Mike Tyson saw Muhammad Ali’s last match at age of 14 and got mad at Larry Holmes who beat Ali. Tyson got Ali on the phone and said: I’ll grow up and get him back for you. 7 years later Tyson met Holmes. Retired Ali stepped in the ring and said: “Remember what you promised.” Tyson destroyed Holmes in the 4th round. – Source

7. The Hollywood Walk of Fame star for Muhammad Ali is the only one that’s placed on a wall and not the ground because Ali “did not want the name of Muhammad to be stepped on.” – Source


8. In the “Rumble in the Jungle” fight, Muhammad Ali allowed George Foreman to fruitlessly strike him in the arms and torso for 8 rounds  without fighting back to tire him out, then punched Foreman ten times in a row to knock him out. – Source

9. Wilt Chamberlain once challenged Muhammad Ali to a boxing match. Wilt was a foot taller and 60 pounds heavier with a huge reach. During a joint press conference, Ali answered every question with “Timberrrrr!”. After breaking to meet with his lawyers, Wilt returned and called the fight off. – Source

10. Will Smith refused to play the role of Muhammad Ali for 8 years, fearing he wasn’t up for the job of playing the man he called the “greatest figure over the last 100 years,” stating “I absolutely, positively did not want to be the dude that messed up the Muhammad Ali story.” – Source 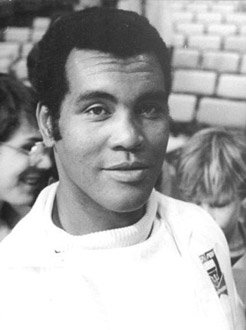 11. In 1976, Teofilo Stevenson was offered US $ 5 million to turn professional and challenge the world heavyweight champion Muhammad Ali. Stevenson refused the offer, saying “What is one million dollars compared to the love of eight million Cubans?” He won three Olympic medals for Cuba. – Source

12. Afraid of flying, Muhammad Ali spent his first flight praying with the parachute strapped to his back. He was heading to Rome. – Source

13. When Muhammad Ali’s daughter decided to enter professional boxing, he grew unhappy and discouraged her, believing the sport was too dangerous. – Source

15. When sitting right next to Muhammad Ali, Mike Tyson was asked if he would’ve won in a fight against Ali in his prime he said: “I’m vain – I know I’m great but in this situation every head must bow, every tongue must confess, this is the greatest of all time.” – Source