Here is a list of 25 Animals with the Funny/Stupid Names. 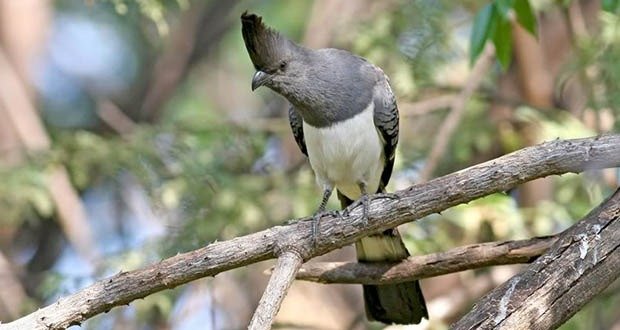 1. White-bellied go-away-bird. Though it sounds like a name better suited for my dad’s middle finger when he’s shirtless watching TV in the recliner, it is a good looking bird found in Africa. Typical calls are a nasal haa-haa-haa, like bleating of a sheep, and a single or repeated gwa (or g’away). It flies from tree to tree in loose straggling groups, calling loudly. – Source

2. Mountain Chicken. Because it is not a chicken. Here is a picture of one. I am not kidding. This is what it looks like. It is a frog. It is commonly known as the giant ditch frog and is found in Caribbean Islands, but locally, it is known as the mountain chicken for its large size and the fact that it is hunted for food. – Source

4. Tasseled Wobbegong. Though it sounds more like a British insult, it’s a type of carpet shark that is found in the shallow coral reefs off northern Australia. – Source

5. Colon rectum. It is a type of beetle of the family Leiodidae. This unobtrusive round fungus beetle was first described in 1933 by University of Washington entomologist Melville H. Hatch. Hatch is also credited with naming similarly silly coleopterans such as Colon forceps, Colon monstrosum, Colon grossum, and Colon horni. Who said scientists didn’t have a sense of humor? And in the 1930s no less. – Source 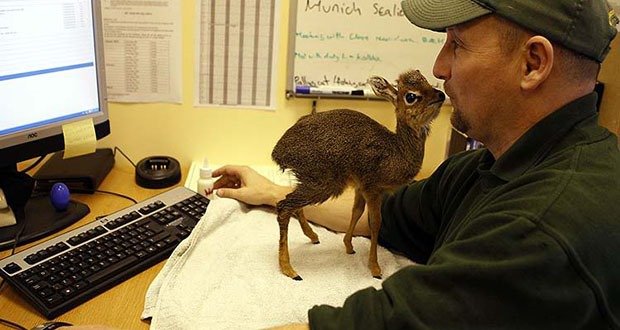 6. Dik-dik. It is a small antelope that lives in the bushlands of eastern and southern Africa. They are named such due to similar sounding alarm calls of the females. – Source

7. Aploparaksis turdi. It is a type of tapeworm found in where else, in feces. – Source

8. Agra cadabra. Again it is a type of ground beetle. – Source

9. Ytu brutus. This again is a species of beetle in the genus Ytu. It was discovered by in 1980 in Brazil. – Source

10. Sarcastic fringehead. It is a small but ferocious fish which has a large mouth and aggressive territorial behavior, for which it has been given its name. When two fringeheads have a territorial battle, they wrestle by pressing their distended mouths against each other, as if they were kissing. This allows them to determine which is the larger fish, which establishes dominance. – Source 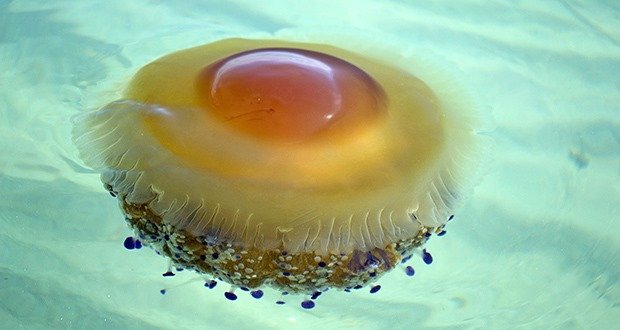 11. Fried egg jellyfish. Yep it is called as such because it looks like a fried egg from the top. – Source

12. Spiny Lumpsucker. It is a type of marine fish most commonly found in North Pacific Ocean. The “sucker” part refers to the fish’s modified pelvic fins, which have evolved into adhesive discs that the fish uses to adhere to the substrate. There are many species of spiny lumpsucker fishes. One of them in particular is spicular-spiny pimpled lumpsucker. – Source 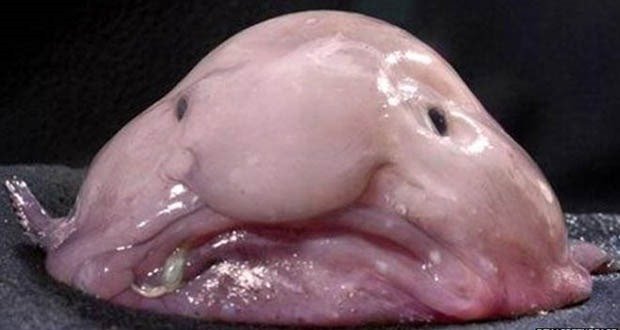 16. Blobfish. Now this one is aptly named because it just looks like a mass of blob when it is out of water. They live at depths between 600 and 1,200 meters where the pressure is 60 to 120 times as great as at sea level. The flesh of the blobfish is primarily a gelatinous mass with a density slightly less than water; this allows the fish to float above the sea floor without expending energy on swimming. Its relative lack of muscle is not a disadvantage as it primarily swallows edible matter that floats in front of it such as deep-ocean crustaceans. – Source

17. Boops boops. It is a species of seabream fish native to the eastern Atlantic. Its common name in all languages refers to its large (“bug”) eyes. – Source

18. Aye-aye. Probably named by a sailor, this is a type of lemur native to Madagascar. It is the world’s largest nocturnal primate. – Source

19. Screaming Hairy Armadillo. It isn’t so much “hairy” as it is resembling something that trundled through a haystack. If you squint your eyes at it, the animal, which is actually kind of cute, it starts to look like it’s wearing a particularly ancient and mistreated wig. The adjective “screaming” derives from its habit of squealing when handled or threatened. So it is more a defensive call rather than how it sounds usually. – Source

20. Tufted titmouse. Though it is tufted it sure isn’t a mouse. It is a bird belonging to the tit family of birds. – Source 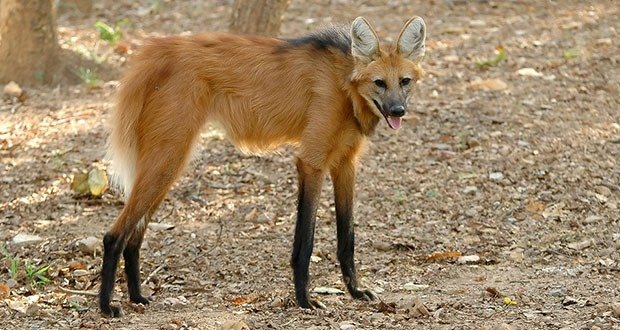 21. Maned wolf. It is the largest canid of South America. Its markings resemble those of foxes, but it is not a fox, nor is it a wolf, as it is not closely related to other canids. One thing interesting about maned wolf is that its urine has a very distinctive odor similar to cannabis. – Source

22. Slippery d*ck. Slipper d*ck is a species of wrasse (a marine fish) native to Atlantic Ocean. Most wrasses have silly names. They should rename it the Elusive Richard to avoid the stigma. – Source

23. Sparklemuffin. In 2015, two gorgeous new species of peacock spiders nicknamed “Skeletorus” and “Sparklemuffin” were discovered in Australia. Sparklemuffin was named such due to bluish and reddish stripes on its abdomen. – Source

24. Yellow Bellied Sap Sucker. Though it sounds like a Shakespearean insult, it is a medium-sized woodpecker found in North America, Central America and the Caribbean. Like other sapsuckers, these birds drill holes in trees and eat the sap and insects drawn to it. They may also pick insects from tree trunks or catch them in flight. They also eat fruit and berries. – Source

25. Cockchafer. This is a species of European beetle. – Source