1. Imprisoned at Auschwitz polish midwife Stanisława Leszczyńska risked her own life and delivered nearly 3000 babies. She is now an official candidate for sainthood by the Catholic Church. – Source

2. A holocaust denial group offered $50,000 to anyone who could prove that gas chambers were used to intentionally kill people at Auschwitz. They were forced by a judge to pay that money, and an additional $40,000, to Auschwitz survivor Mel Mermelstein who provided proof of that very fact. – Source

3. There was an illegal crematorium disguised as a ceramics plant. It was discovered when a man calling in to complain about the smell said,”Don’t tell me they’re not burning bodies. I was at the ovens at Auschwitz.” – Source

4. Witold Pilecki, a Polish soldier who volunteered to be caught and sent to Auschwitz so that he could report on the atrocities occurring there. After 2 1/2 years as a prisoner, he escaped. – Source

5. There was a Jewish boxer named Salamo Arouch imprisoned at Auschwitz. He was forced to fight fellow prisoners. The losers were sent to the gas chambers or shot. He survived more than 2 years and 200 fights, eventually being released when the camp was liberated. – Source

6. Geddy Lee’s parents fell in love in Auschwitz at the age of 12 or 13. His father would bribe the guards to give his mother food or clothes as a sign of affection. – Source

7. Auschwitz prisoner Kazimierz Piechowski, along with 3 others, were able to escape the camp by simply dressing up as Nazi Officers & commandeering the Deputy Führer’s car. When they arrived at the gate they simply barked orders to the guards who let them out no questions asked. – Source

8. Maximillian Kolbe was a Polish priest who volunteered to die in the place of a man in Auschwitz after he overheard him cry out for his wife and children. The man he saved, Mr. Gajowniczek, died in 1995 at the age of 93. – Source

9. During a revolt at the Auschwitz Concentration Camp, a member of the SS was stabbed, then burned alive in a crematorium oven. – Source

10. LSD cured a holocaust survivor of Auschwitz’s PTSD and allowed him to sleep for the first time in 30 years without nightmares. – Source 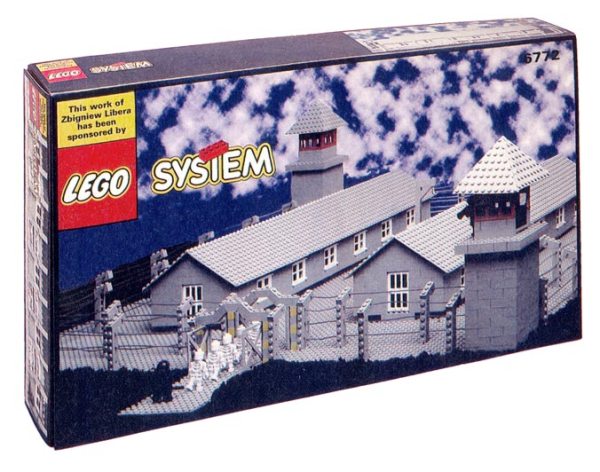 11. In 1996, Lego gave bricks to Polish artist Zbigniew Libera asking him to make a set for them. He decided to make a recreation of Auschwitz. – Source

12. A man endured Dr. Mengele removing a kidney without anesthesia and survived Auschwitz because he was the 201st person in line for a 200-person gas chamber. – Source


13. In Auschwitz, an SS guard fell in love with a Jewish prisoner. He saved her life multiple times and in return, she testified on his behalf during his post-war trial. – Source

14. The trial of Auschwitz staff acquitted only one man – SS member Hans Münch. Former prisoners testified on his behalf, as he refused to participate in inmate selection and appealed for better rations. Münch later spoke out against Holocaust denial. – Source

16. Rudolf Höss, the commandant of Auschwitz concentration camp, during his trial, when accused of murdering three and a half million people, replied, “No. Only two and a half million—the rest died from disease and starvation.” – Source

17. The same company that produced the Zyklon B gas for Auschwitz also created the anti-graffiti coating for the Holocaust memorial in Berlin. – Source

18. A Jewish gynecologist vowed “that never again would there be a pregnant woman in Auschwitz” after discovering they were used as guinea pigs and thrown into the crematorium. She performed an estimated 3,000 abortions in the hopes that the mother would survive and later be able to bear children.

19. Sonderkommando photographs – four blurred photographs taken secretly in August 1944 by an inmate in Auschwitz II-Birkenau, and along with a few photographs in the Auschwitz Album are the only ones known to exist of events around the gas chambers. – Source

20. In Auschwitz, the SS forced an orchestra to play for Jews that had been selected for gassing. The musicians also had among the highest suicide rates of anyone in the camp. – Source

21. During the Holocaust, one Jewish woman exposed between 600 and 3000 hiding Jews to the Gestapo to prevent her family from being sent to a concentration camp. Even after the Nazis sent her parents and husband to Auschwitz anyway in 1943, she continued to work for the Gestapo until 1945. – Source

22. There is a board game where players load tiny figures into boxcars and race. Once a player gets to the end it is revealed that the destination is Auschwitz. – Source

23. While building a Nazi bomb shelter, Auschwitz camp prisoners embedded a message in a bottle, with their names and ID numbers, in the concrete. The message was found 65 years later during the shelter’s demolition. – Source

24. There were “Starvation Cells” in Auschwitz. The Starvation Cell was very simple – you were thrown into an empty cell, the door was locked, and you were left inside until you starved to death. – Source