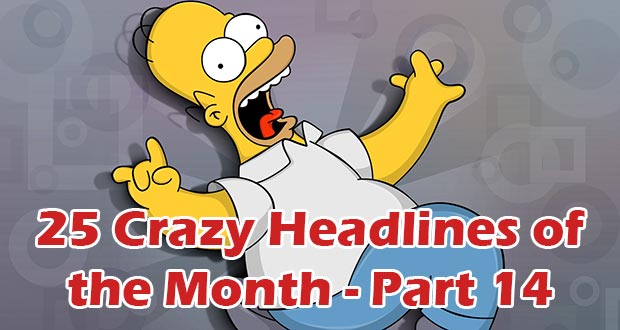 1. Nebraska flag flew upside down at Capitol for 10 days and ‘nobody noticed,’ says senator who wants design change. – Source

3. Doctors save Canadian woman’s life by removing her lungs for six days. – Source

4. Virginia used to have an official groundhog; it killed itself on Groundhog Day. – Source

11. Oldest Prostate Stones Ever Found Suggest a Man Was in Agony 12,000 Years Ago. – Source

13. Father and son fight over an onion. – Source

15. Man mauled to death after climbing a fence to avoid paying for zoo ticket in China. – Source

AskReaders: What jobs existed 500 years ago, today, and will most likely still exist in 500 years?

February 4, 2017
Latest Posts
Subscribe to Blog via Email
Did you know?
Loading...
Facts of the Day
Registration is disabled.