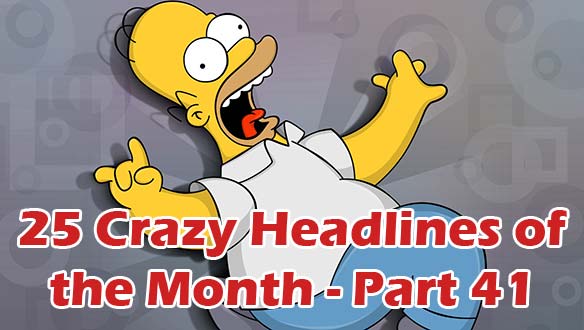 2. Paris Hilton thinks she would have been a social figure like Princess Diana if it weren’t for a sex tape. – Source

3. Applebee’s gives up on Millennials after failed rebranding efforts. – Source

4. In the event of a nuclear blast, don’t condition your hair. – Source

7. A crime is a crime: German court finds a man guilty of attempting to con ISIS. – Source

8. Alex Jones gets coffee dumped on him in Seattle after chasing a guy down on the street. – Source

13. 15 boys contract rabies after having sex with a donkey, reports say. – Source

14. NZ law could disqualify all Australians from their Parliament. – Source

August 19, 2017
Latest Posts
Subscribe to Blog via Email
Did you know?
Loading...
Facts of the Day
Registration is disabled.