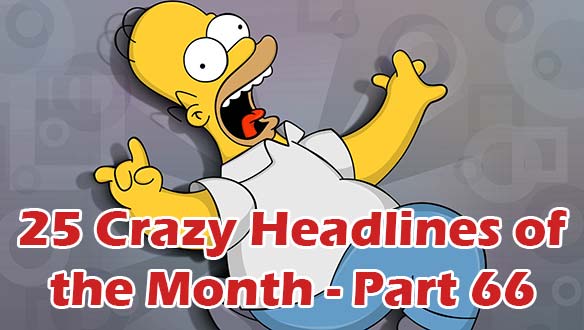 1. EPA head says he needs to fly first class because people are mean to him in coach. – Source

3. Facebook is suggesting mobile users protect themselves by downloading a Facebook-owned app that tracks their mobile usage. – Source

4. The pastor was counseling the young, naked man tied up in his car, he says. – Source

6. People are walking into the glass at the new Apple headquarters. – Source

7. School tells sixth-graders they can’t say no when asked to dance. – Source

11. A woman tries hiding from police by placing washing basket on her head. – Source

12. Teen wins Gold at Olympics, despite sleeping in after Brooklyn Nine-Nine binge. – Source

February 17, 2018
Latest Posts
Subscribe to Blog via Email
Did you know?
Loading...
Facts of the Day
Registration is disabled.