3. In North America, most male lowland gorillas die due to heart diseases. In order to prevent this, Cleveland Metro Park Zoo made the gorillas eat double the amount of leaves they initially ate which finally led to the decrease in their weight by 65 pounds. – Source

4. On August 31, 1986, a gorilla named Jambo hit the headlines of every newspaper by saving a 5-year-old kid who fell unconscious after accidentally falling into the gorilla encampment. Jambo guarded the boy against other gorillas by acting as a barrier between them and the child. – Source

5. Mike Tyson offered a zoo attendant $10,000 to open the cage of a bullying gorilla so he could “smash that silverback’s snotbox.” His offer was declined. – Source 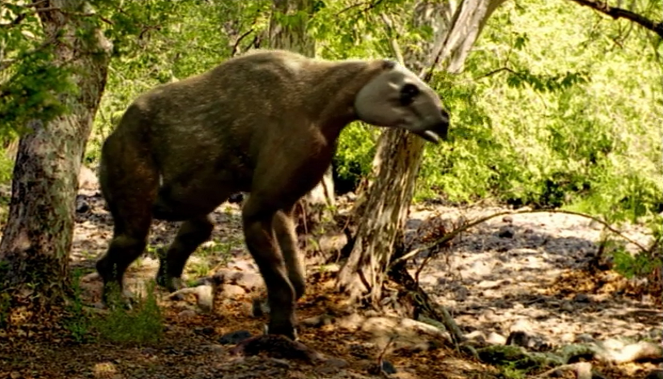 6. Chalicothere is an animal that is a cross between a gorilla and a horse. – Source

7. The birth control pills that are used by humans are equally effective in gorillas as well. – Source

8. The only known albino gorilla is named Snowflake. He resided in Barcelona zoo. – Source

9. It is now tried by researchers to make two gorillas who know sign language mate with each other, in order to test if they can teach this skill to their offspring. – Source

10. Gorillas are known to compose songs and hum tunes during their mealtimes. – Source 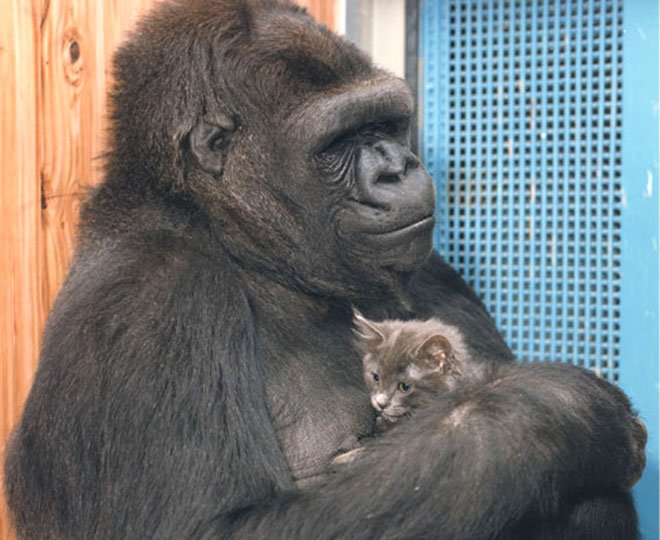 11. Koko is a gorilla who is believed to have mastered sign language. It asked for a pet cat as a birthday gift, which it named “All Ball”. However, the cat died in an accident. After this, Koko expressed his grief by means of signs. – Source

12. Koko the Gorilla got to meet her favorite celebrity, Mr. Rogers. Undoubtedly, she surprised him as well by taking off his shoes, which he did every time his show began. – Source


13. The Nation of Islam believes that white people were invented as an evil race by a scientist named Yakub, 6,600 years ago. The experiment also produced ‘red, yellow and brown’ people. Some of the white people Yakub created ultimately became gorillas. – Source

14. There was a gorilla named Micheal who learned sign language, then described what it was like to watch his mother be killed by poachers – Source

15. Gorillas are famous for picking up frogs and then petting them. – Source

16. When a poacher’s snare killed one of their own, two young gorillas teamed up to find and destroy traps in their Rwandan forest home.

18. A Carthaginian explorer once came across Gorillas and thought they were “savage people”. – Source

21. Just after human contact around 2300 years ago, there were lemurs as large as a male gorilla. – Source

22. When the dominant male member of a gorilla troop dies, then the troop moves separate ways and join new groups. However, when a young male member challenges the leader and wins to become the new leader, the troop remains intact. – Source

23. A and B antigens are also present in Gorilla’s blood. – Source

24. Only 4 out of 24 radiologists were able to identify the images of gorillas superimposed on CT scans for cancer detection when their observant skills were put to test. – Source

25. Gorillas fancy fruits because they get an alcoholic smell from them. – Source