Here are 25 Incidents When Things Did Not Turn out As Expected.

1-5 Incidents When Things Did Not Turn out As Expected 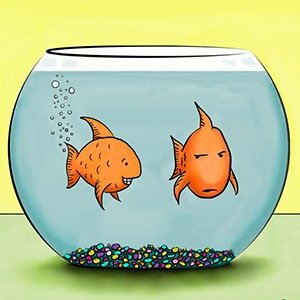 1. In the 1980, Swedish Navy detected underwater sounds that they suspected to be hostile Russian submarines. This suspicion escalated to a diplomatic conflict between Sweden and Russia. It was later found by a researcher that these sounds came from fish farts and he won Ig Nobel Prize (American parody of the Nobel Prizes) for this discovery. – Source

2. In 1978, on a dating game TV show, a contestant turned down a date with her chosen winner because he was “acting creepy” after the show. The winner turned out to be a serial rapist and murderer. – Source

3. In 2010, Tokyo officials decided to congratulate the oldest man in the city on his 111th birthday. What they found instead was his 30-year-old skeleton. The family, as it turned out, was still drawing off the pension he was still receiving for 30 years. – Source

4. There was an epidemic of Satanic ritual abuse across America in the 1980s that turned out to be completely imagined. People were recalling memories of sexual abuse and cannibalism that never even occurred. – Source

5. In 1975, when Pink Flyod was completing “Shine On You Crazy Diamond,” which was an exploration of their former band mate Syd Barrett’s mental decline, an overweight man with a shaved head and eyebrows entered the studio. He turned out to be Syd Barrett himself, who they had not seen in 7 years. – Source

6-10 Incidents When Things Did Not Turn out As Expected 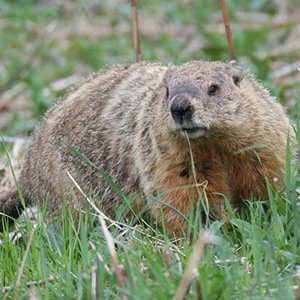 6. The zoo in Toledo, Ohio was created when a baby bear was donated to the city in 1900. The bear turned out to be an adult woodchuck. – Source

7. During WWI, a British soldier showed mercy to a wounded German infantryman, who later turned out to be Adolf Hitler. – Source

8. Los Angeles was hit with a devastating and deadly series of intentionally set fires in the 1980s and 90s. They finally arrested the arsonist, who turned out to be The Arson Inspector (also Fire Captain), who was charged with investigating the fires. – Source

9. In 1969, an Italian man was charged with selling a product described as “grated Parmesan cheese”. It later turned out to be grated umbrella handles. – Source

10. In 2009, Irish Police went on search for ‘Prawo Jazdy’, a serial driving offender wanted for 50 offences for driving infractions. He not only gave police a different address each time, he also gave them a different alias. It turned out ‘Prawo Jazdy’ was Polish for ‘driving license’ and officers had taken this down during traffic stops instead of actual names – Source

11-15 Incidents When Things Did Not Turn out As Expected 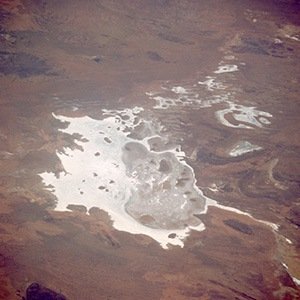 11. There is a lake in Australia named lake disappointment. It is named such because explorer Frank Hann followed several freshwater rivers in the area and expected to find a large freshwater lake, but instead it turned out to be a salt lake – Source

12. In 1964, a student researcher named Donald Currey cut down a tree for a research project. Unbeknownst to the student, the tree turned out to be the oldest living independent organism on the face of the earth at that time, a 5,000 year old bristlecone tree. – Source

13. In 1983, a dozens of women and teenage girls started fainting in Palestine, creating a health crisis and accusations from both Israel and the Arab League of a chemical weapon attack. Turned out it was all a product of mass hysteria. – Source

14. In 1961, 3 residents of an old people’s home in England died of heart attacks when they saw the grim reaper at their window, who turned out to be another resident of the home in a disguise. – Source

15. In 1981, President Reagan accused Russia of using chemical weapons against rural farmers in Laos after yellow droplets fell from the sky and splattered the landscape, followed by dying plants, animals, stomach problems in humans. USA started ramping up production of chemical weapons in retaliation. All this happened because of false lab results. The yellow droplets turned out to be naturally occurring bee excrement falling from the sky. – Source

16-20 Incidents When Things Did Not Turn out As Expected 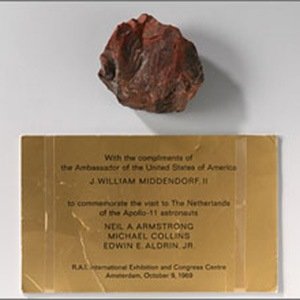 16. The supposed moon rock from the Apollo mission that was given to the former prime minister of the Netherlands in 1969, turned out to be just petrified wood. – Source

17. A women fabricated a story about being on the 78th floor of the south World Trade Center when it was hit. She became the president of the WTC Survivors Network. She was actually in Spain during 9/11. – Source

18. In 1983, a man from Cheshire, England confessed to his wife’s murder when a body was discovered near his house. It turned out to be a preserved “bog body” from the Iron Age. – Source

19. In 2012, two Bulgarian alfalfa farmers captured 5 suspected thieves after an intense fight. These 5 thieves then turned out to be French commandos who were on a secret training mission. – Source

21-25 Incidents When Things Did Not Turn out As Expected 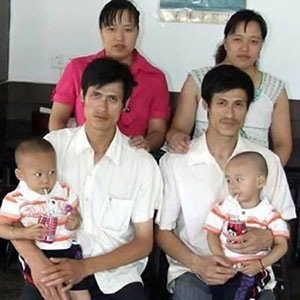 21. In the city of Yiwu in eastern China, people were confused how a Chinese couple managed to run a busy restaurant 21 hours a day without getting tired. Locals named them “robot couple restaurant”. It turns out the restaurant is run by two couples, both the men and women are identical twins. – Source

22. In 2006, Fiji water ran an ad saying “The label says Fiji because it’s not bottled in Cleveland.” Cleveland took offense to that and ran some tests. It turns out Cleveland’s tap water is better than Fiji’s bottled water. – Source

23. In 1976, a film crew went to the haunted house in a Californian amusement park to shoot footage for a popular TV show. They discovered a hanging body that they thought was a mannequin. Turns out it was a real person, who had been dead and was circulated in various carnivals for over sixty years – Source

25. A husband in China sued his wife for making ugly children. At first it was thought she had an affair, but it turns out that she had $100,000 worth of plastic surgery before she met her husband. His ex-wife was sentenced to pay him 750,000 Yuan ($120,000) in compensation. – Source

10 of the Worlds Ugliest Aircraft