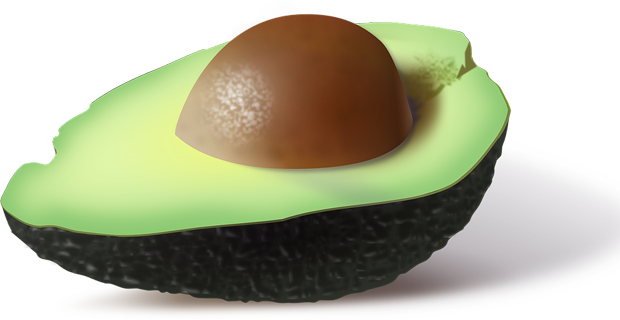 1. Avocados contain more fat than any other fruit or vegetable. Also, the trees contain enzymes that prevent the fruit from ever ripening on the tree, allowing farmers to use the trees as storage devices for up to 7 months after they reach full maturity, allowing avocados to always be in season. – Source

2. Avocados used to be eaten by giant ground sloths and were saved from extinction by humans. – Source

3. Avocados, Pumpkins, watermelons, and bananas are all berries while strawberries, raspberries, and blackberries are not. – Source

4. The avocado evolved to appeal to extinct megafauna (e.g. the giant armadillo) in order to facilitate seed dispersal via ingestion and excretion. This is why the avocado has such a sizeable seed. – Source

6. Jason Mraz moved onto a farm, discovered hundreds of Avocado trees on it, and now supplies chipotle with Avocados while eating 2-3 daily himself. – Source

7. 95% of commercially grown avocados come from trees descended from a single tree owned by a California mail carrier. – Source

8. It is estimated that the Mexico drug cartels make $152 million a year from growing and selling avocados. – Source

10. Avocados are poisonous to birds, cats, dogs, rabbits, and basically all pets. – Source

11. Mexico threatened to stop buying US corn unless they could sell the US avocados. – Source

14. The word ‘avocado’ means ‘testicle’ named so because of its shape – Source

15. Sushi was introduced to America by Ichiro Mashita in Los Angeles in the late 60s. After substituting avocado for tuna, he is credited with creating the “California Roll”. – Source