Here is part 5 of 25 Interesting Behind the Scene Facts About Famous Movies.

1-5 Interesting Behind the Scene Facts 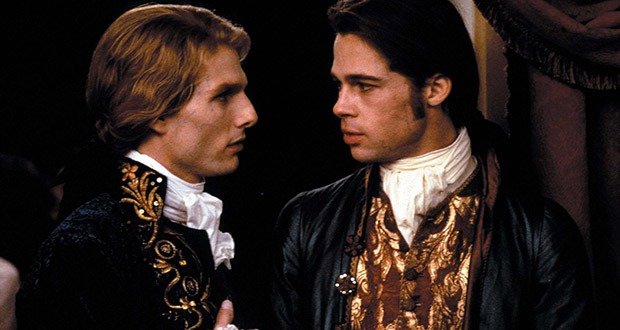 1. Interview with the Vampire (1994) – Actors who played Vampires hung upside down for up to 30 minutes in order to get the blood vessels in their face to bulge. Makeup artists would then trace them to get the translucent skin look.

2. Gattaca (1997) – When the film was first released, as part of a marketing campaign, fake advertisements were made saying you could have your children genetically engineered. Thousands of people called in wanting to have this done.

6-10 Interesting Behind the Scene Facts 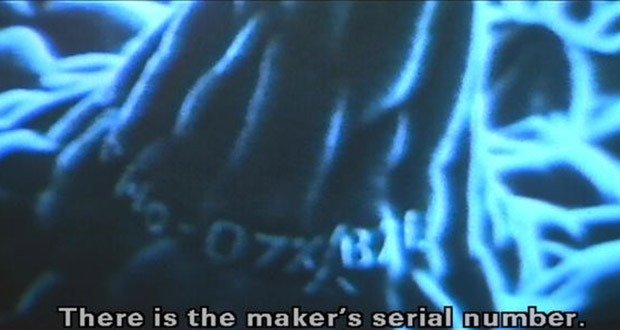 6. Blade Runner (1982) – In scene where a snake scale is looked at under an electron microscope, it is actually a marijuana bud.

8. The Goonies (1985) – The pirate ship was real. After filming, the ship was offered for free to anyone who would take it, but nobody wanted it. The ship was scrapped.

9. The Crucible (1996) – Daniel Day-Lewis did not bathe or shower from the beginning of filming to wrap. He lived in the set’s replica village without electricity or running water and built his character’s on set house.

10. District 9 (2009) – All of the shacks actually existed in areas around Johannesburg. The location had been evacuated and residents were moved to better government housing. The only exception is Christopher Johnson’s shack.

11-15 Interesting Behind the Scene Facts 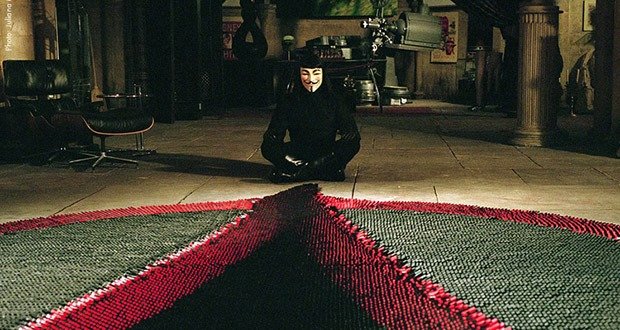 12. Bill & Ted’s Excellent Adventure (1989) – When Napoleon finishes his presentation at the end of the movie, Ted says “I don’t think it’s going to work.”. The layout on the map is actually diagramming the French invasion of Russia, Napoleon’s most disastrous defeat.

13. Independence Day (1996) – The scene where Will Smith is dragging the alien across the desert was filmed on the salt flats near Great Salt Lake in Utah. The line “And what the hell is that smell?!” was unscripted. The Great Salt Lake is home to brine shrimp. When they die, they sink to the bottom of the shallow lake and decompose. When the wind is just right, the sediment on the bottom is disturbed and the smell of millions of decaying brine shrimp is present. Nobody warned Will.

14. Super Troopers (2001) – The couple that Farva (Kevin Heffernan) says “chicken fu*ker” to are actually Heffernan’s parents. They knew he was going to say something rude, but weren’t prepared for the “chicken fu*ker” line.

15. Raging Bull (1980) – Robert De Niro accidentally broke Joe Pesci’s rib in a sparring scene. This shot appears in the film: De Niro hits Pesci in the side, Pesci groans, and there is a quick cut to another angle.

16-20 Interesting Behind the Scene Facts 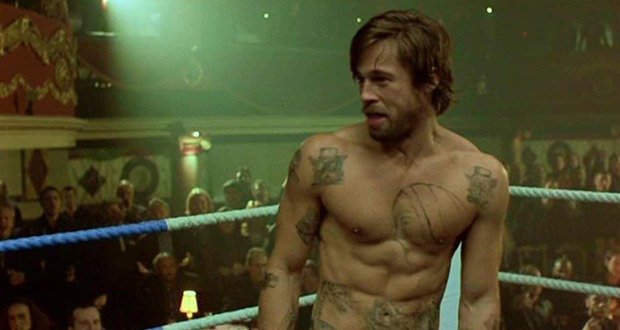 16. Snatch (2000) – Brad Pitt, who was a big fan of Lock, Stock and Two Smoking Barrels (1998), approached director Guy Ritchie and asked for a role in this film. When Ritchie found Pitt couldn’t master a London accent, he gave him the role of Mickey the Gypsy. When Ritchie told Pitt that he would be playing a boxer, Pitt became concerned because he had just finished shooting Fight Club (1999) and did not want to play the same type of role again. Pitt took the role anyway because he wanted to work with Ritchie so badly.

17. The Departed (2006) – Mark Wahlberg based his performance on the police officers who’d arrested him about two dozen times in his youth, and the reactions of his parents who had to come bail him out with their grocery money.

18. Scarface (1983) – The cocaine used throughout the shooting of the film was supposed to be dried milk, but that couldn’t be used because it didn’t fit well when the scene was shot. Director Brian De Palma refuses to admit what substance was ultimately used for cocaine out of fear that it would destroy the illusion of realism.

19. Die Hard (1988) – Deputy Chief Robinson says that John McClane (Bruce Willis) “could be a fu*king bartender for all we know” (because of McClane’s claim to be able to “spot a phony ID”). Prior to becoming a well-known actor, Willis was a bartender.

20. American History X (1998) – Edward Norton was said to have re-edited the film to lengthen his screen time. Director Tony Kaye then attempted to get his own name removed from the credits but violated a Directors’ Guild of America rule that states that directors that use pseudonyms (such as “Alan Smithee”) must not talk about why they had their name removed – which Tony Kaye had done in ads in Variety. According to Entertainment Weekly, he then wanted his credit to read “Humpty Dumpty”. Eventually, Kaye sued the DGA and New Line Cinema for $200 million ($275 million according to the book Cinematic Century) stating that the DGA rule violated his first amendment rights.

21-25 Interesting Behind the Scene Facts 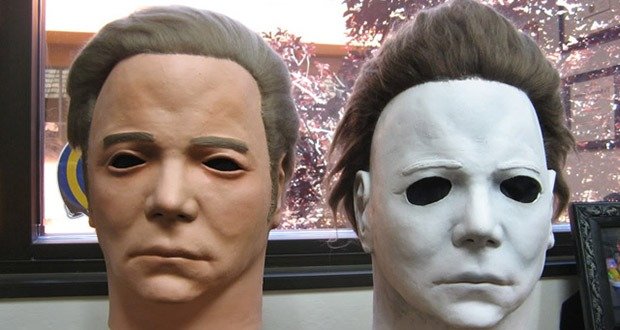 21. Halloween (1978) – Due to its shoestring budget, the prop department had to use the cheapest $2 mask that they could find in the costume store: a Star Trek William Shatner mask. They later spray-painted the face white, teased out the hair, and reshaped the eye holes. Shatner admitted that for years he had no idea his likeness was used for this film. It was only during an interview that someone mentioned his mask was being used. He has since stated that he is honored by this gesture.

22. The Hunger Games (2012) – The fictional nation in the film is called Panem. This is derived from “Panem et Circenses,” or “Bread and Circuses,” which comes from the latter days of the Roman Empire, in which the government would keep the masses satisfied not by performing their public services well, but by providing violent and deadly entertainments for the people to watch, which is rather fitting for the subject matter of the film.

23. Rain Man (1988) – During filming, both Dustin Hoffman and Tom Cruise doubted the movie’s potential and jokingly called it, “Two Schmucks in a Car.”

24. One Flew Over the Cuckoo’s Nest (1975) – During the ECT scene, McMurphy says “A little dab will do ya” as the nurse is putting conductor gel on the side of his head. This phrase, not in the original script, is a reference to the advertising jingle of Brylcreem hair cream, which was a popular hair care product for men in the 1960s and 1970s.

25. Jurassic Park (1993) – When the T-Rex comes through the glass roof of the Explorer in the first attack, the glass was not meant to break, producing the noticeably genuine screams from the children.

AskUs: Are things like peanut butter, cream cheese, jellies etc. considered a liquid or a solid?