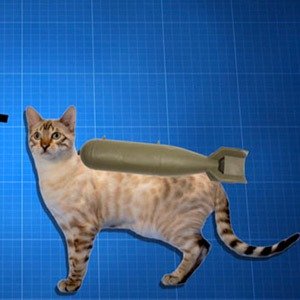 1. Cat bomb: During World War 2, US Office of Strategic Services decided that the best way to ensure that their bombs reached the intended naval targets was to strap them to cats and drop the cats from planes with parachutes. The thinking was that cats hated water so much that, if you dropped a cat bomb in the general vicinity of a ship, the cat would instinctively guide the bomb to the deck below in order to avoid getting wet. The project never got past the testing stage. The cats tended to lose consciousness when plunging towards the earth at terminal velocity while strapped to a bomb – Source

2. Starfish Prime: This was a high-altitude nuclear test conducted by the United States on July 9, 1962. Launched via a Thor rocket and carrying a W49 thermonuclear warhead, the explosion took place 400 km above the Pacific Ocean. The weaponeers became quite worried when three satellites in low earth orbit were disabled. The man-made radiation belt eventually crippled one-third of all satellites in low earth orbit. Seven satellites failed over the months following the test as radiation damaged their solar arrays or electronics, including the first commercial relay communication satellite, Telstar. – Source

3. Project Sunshine: During the 1950s, the US Atomic Energy Commission and US Air Force conducted a study on the global health effects of fallout from nuclear weapons testing. In particular, the AEC was curious about Strontium-90. In this process, the AEC secretly collected over 1,500 samples from babies’ and young children’s cadavers from around the globe without consent. They essentially snatched bodies. This project was declassified in 1959.- Source

5. Forced Sterilization of Native Americans: During the late 1960s and the early 1970s, a policy of involuntary surgical sterilization was imposed upon Native American women in the United States, usually without their knowledge or consent, by the federally funded Indian Health Service (IHS), then run by the Bureau of Indian Affairs (BIA). It is alleged that the existence of the sterilization program was discovered by members of the American Indian Movement (AIM) during its occupation of the BIA headquarters in 1972. A 1974 study by Women of All Red Nations (WARN), concluded that as many as 42% of all American Indian women of childbearing age had, by that point, been sterilized without their consent. – Source 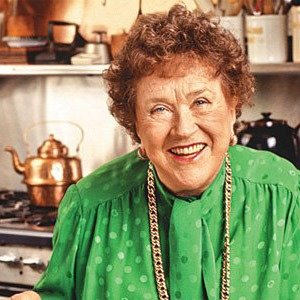 6. Julia Child: American chef, author, and television personality Julia Child was an OSS operative during World War 2. The OSS was the precursor to the CIA. For her service, Child received an award that cited her many virtues, including her “drive and inherent cheerfulness. – Source

7. Shirō Ishii’s War crime immunity: Shirō Ishii was the head of Japan’s Unit 731 during World War 2. His unit conducted physiological human experiments such as vivisections, forced abortions, and simulated strokes, heart attacks, frostbite, and hypothermia. Ishii and his team managed to negotiate with the USA and receive immunity in 1946 from war-crimes prosecution in exchange for their full disclosure of germ warfare data based on human experimentation. – Source

8. Operation Northwoods: Operation Northwoods was a series of proposals for actions against the Cuban government. The proposals called for the Central Intelligence Agency (CIA), or other operatives, to commit acts of terrorism in US cities. The operation proposed creating public support for a war against Cuba by blaming it for terrorist acts. This proposal was rejected by the Kennedy administration. – Source

9. Operation Popeye: This was a highly classified weather modification program in Southeast Asia during 1967-1972. The cloud seeding operation during the Vietnam War ran from March 20, 1967, until July 5, 1972, in an attempt to extend the monsoon season, specifically over areas of the Ho Chi Minh Trail. The operation was used to induce rain and extend the East Asian Monsoon season in support of U.S. government efforts related to the War in Southeast Asia.- Source

10. SL-1 Reactor Explosion: The SL-1, or Stationary Low-Power Reactor Number One, was a United States Army experimental nuclear power reactor in Idaho which underwent a steam explosion and meltdown on January 3, 1961, killing its three operators. On January 3, 1961, three guys went to power it back up after coming back from vacation. Part of the start-up required they re-connect the control rods to the mechanism that raises and lowers them in the pile. To do this, they needed to “manually” raise the rods a few inches (grab the rod assembly by hand and lift it). For some reason which isn’t clear, the reactor operator who was lifting one of the rods, suddenly lifted one of them almost two feet too far, probably because it was stuck and he was prying pulling hard on it and it broke free. This caused the reactor to immediately go critical and super heat the coolant water, causing a steam explosion and blasting the shield plugs out of the top of the reactor. Also not clear is why the shift supervisor was standing on top of the reactor at the time. He was found impaled by one of the shield plugs in the concrete ceiling of the reactor room. The explosion killed the operator instantly. The third participant survived the blast and was found in the reactor room by rescuers, but later succumbed to his injuries. The reactor melted down. The site was buried and abandoned. – Source 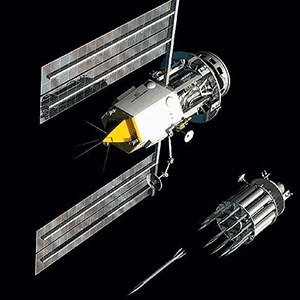 11. Project Thor: Project Thor is an idea for a weapons system that launches kinetic projectiles from Earth’s orbit to damage targets on the ground. The system most often described is “an orbiting tungsten telephone pole with small fins and a computer in the back for guidance.” The system described in the 2003 United States Air Force report was that of 20-foot-long (6.1 m), 1-foot-diameter (0.30 m) tungsten rods that are satellite controlled, and have global strike capability, with impact speeds of Mach 10. The time between deorbiting and impact would only be a few minutes, and depending on the orbits and positions in the orbits, the system would have a world-wide range. There is no requirement to deploy missiles, aircraft or other vehicles. The system is not prohibited by either the Outer Space Treaty or the Anti-Ballistic Missile Treaty. Some systems are quoted as having the yield of a small tactical nuclear bomb. – Source

12. CIA’s Involvement in Drug Smuggling: In the early ’80s the CIA helped facilitate the widespread sale of cocaine in poor L.A. neighborhoods to help finance the covert war against the Sandinistas in Nicaragua. The journalist who revealed this later killed himself after a smear campaign. The CIA was helping smuggle cocaine into the US. – Source

13. Project MK-ULTRA: During the Cold War, CIA initiated Project MK-ULTRA, a secret and illegal human research program to investigate potential mind-control systems. The program’s operators examined the effects of hypnosis, biological agents, and drugs, such as LSD and barbiturates, on human subjects. Some historians suggest the program was designed to develop a mind-control system that could be used to “program” the brains of potential assassins. – Source

14. Gulf of Tonkin Incident: In 2005, NSA documents were declassified proving that the second Gulf of Tonkin incident, which was used as a justification for the Gulf of Tonkin Resolution (which led to the Vietnam War), never happened. – Source

15. Operation LAC: Operation LAC (Large Area Coverage), was a U.S. Army Chemical Corps operation which dispersed microscopic zinc cadmium sulfide (ZnCdS) particles over much of the United States. The purpose was to determine the dispersion and geographic range of biological or chemical agents. Bacillus globigii was used to simulate biological warfare agents (such as Anthrax) because it was then considered a contaminant with little health consequence to humans, however, BG is now considered a human pathogen. Anecdotal evidence exists of ZnCdS having adverse health effects as a result of LAC, however, the government denied this. – Source 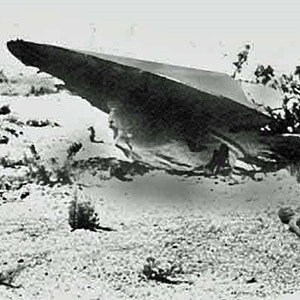 16. Roswell UFO incident: What crashed in Roswell in mid-1947 was declassified in the early 90s. It was high altitude cluster balloons with a radar reflector developed to listen for nuclear detonations. There’s a layer in the atmosphere where a loud enough sound can actually carry around the world. The project became pointless before it was completed by the invention of satellites. – Source

17. Project Pluto: Project Pluto was a cold war era program to develop a nuclear-powered ramjet cruise missile which would have an unlimited range. One of its drawbacks was that it would spew fission material as exhaust. – Source

18. Chemical Weapons in Iraq: There actually were chemical weapons found in Iraq during the first and second Gulf War which resulted in Saddam’s execution. The USA government was too embarrassed to admit it at that time because it helped in the production of those chemical weapons. – Source

19. Operation Ivy Bells: Operation Ivy Bells was a joint United States Navy, CIA, and National Security Agency (NSA) mission whose objective was to place wire taps on Soviet underwater communication lines during the Cold War. In October 1971 the United States sent the purpose-modified submarine deep into the Sea of Okhotsk. Divers working from the Halibut found the cable in 120 m of water and installed a 6.1 m long device, which wrapped around the cable without piercing its casing and recorded all communications made over it. The large recording device was designed to detach if the cable was raised for repair. – Source

20. COINTELPRO: Counter Intelligence Program was a series of covert, and at times illegal, projects conducted by FBI aimed at surveying, infiltrating, discrediting, and disrupting domestic political organizations. The organizations mostly included civil rights groups and leftist organizations, but also some far-right groups, such as the KKK. – Source 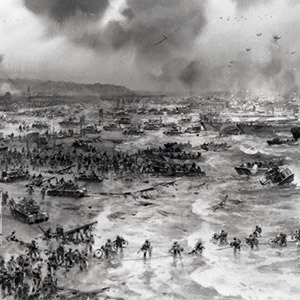 21. Exercise Tiger, or Operation Tiger: Operation Tiger, was the code name for one in a series of large-scale rehearsals for the D-Day invasion of Normandy, which took place on Slapton Beach in Devon, England. Coordination and communication problems resulted in friendly fire deaths during the exercise, and an Allied convoy positioning itself for the landing was attacked by E-boats of Nazi Germany’s Kriegsmarine, resulting in the deaths of 946 American servicemen. The government didn’t inform the families until after D-day and reported that that’s where they died. – Source

22. Tuskegee Syphilis Experiment: The Tuskegee syphilis experiment was an infamous clinical study conducted between 1932 and 1972 by the U.S. Public Health Service to study the natural progression of untreated syphilis in rural African American men who thought they were receiving free health care from the U.S. government. The 40-year study was controversial for reasons related to ethical standards, primarily because researchers knowingly failed to treat patients appropriately after the 1940s validation of penicillin as an effective cure for the disease they were studying. – Source

23. Area 51: Area 51 was/is an experimental airbase. The reason they guard it so closely isn’t because of aliens but rather that it’s the place they test very sensitive aircraft and similar things that have the potential to change warfare to a fundamental level. The SR-71 was developed there and tested many times. They also tried to develop a flying saucer (there is a video that shows someone driving a floating circular disk) that Hitler had also tried to develop. They didn’t go through with it because the scientists decided that it the time would be wasted to try and make an actual high altitude one. – Source

24. Operation Mockingbird: In the 1950’s the CIA began Operation Mockingbird. The operation was to influence and manipulate the media towards their political and social views. They recruited thousands of American journalists and funded student organizations and magazine fronts to channel their views through. – Source

25. Operation Midnight Climax: The project consisted of a web of CIA-run safehouses in San Francisco, Marin, and New York. It was established in order to study the effects of LSD on unconsenting individuals. Prostitutes on the CIA payroll were instructed to lure clients back to the safehouses, where they were surreptitiously plied with a wide range of substances, including LSD, and monitored behind one-way glass. Several significant operational techniques were developed in this theater, including extensive research into sexual blackmail, surveillance technology, and the possible use of mind-altering drugs in field operations. – Source