Here are 25 Interesting Facts About Airlines. 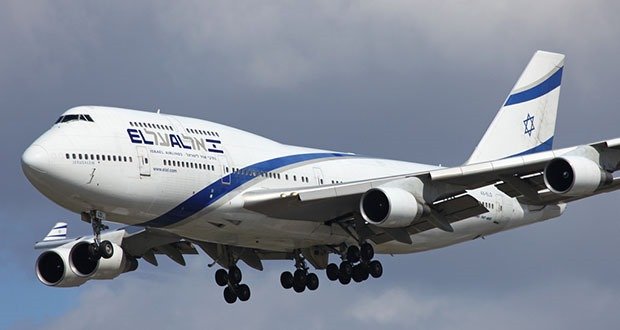 1. El Al airlines of Israel is considered one of the most secure airlines in the world. They equip their planes with anti-missile defense systems and there is an undercover air marshal on every international flight. – Source

2. North Korea has its own airline, Air Koryo, which happens to be the only 1 star rated airline according to Skytrax. – Source

3. Some airlines will not let an adult male passenger sit next to an unaccompanied child. British Airways was sued because of this practice and lost, admitting to sex discrimination. They have since ended the policy but other airlines still defend it. – Source

5. The pressurization of an airplane cabin alters the function of taste buds, causing a decrease of up to 30% in the ability to taste saltiness or sweetness. This is one of the reasons so many people dislike airline food. – Source 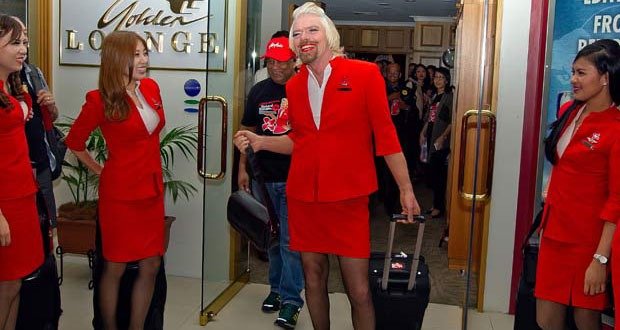 6. Sir Richard Branson once lost a bet with Air Asia CEO Tony Fernandes on the winner of the 2010 F1 Grand Prix in Abu Dhabi. The loser had to work as a female flight attendant on the winner’s airline. – Source

7. In 1992, instead of engaging in a messy legal battle over the use of a slogan, the CEOs of Southwest Airlines and Stevens Aviation simply arm-wrestled for whose company would own it. – Source

8. Unlike most airlines after 9/11, who collectively lost over $50 billion and shed 160,000 jobs, Southwest Airlines didn’t lay off one employee or ground one flight to save money. Also, when it opened at BWI Airport, fares dropped 70% and the number of passengers increased sevenfold. – Source

9. In 1985, a 21-year old Sacramento college student boarded the wrong plane in Los Angeles and found himself en route to Auckland, New Zealand instead of Oakland, CA. The accents of the airline staff resulted in the word “Auckland” being pronounced as “Oakland” which confused the flyer. – Source 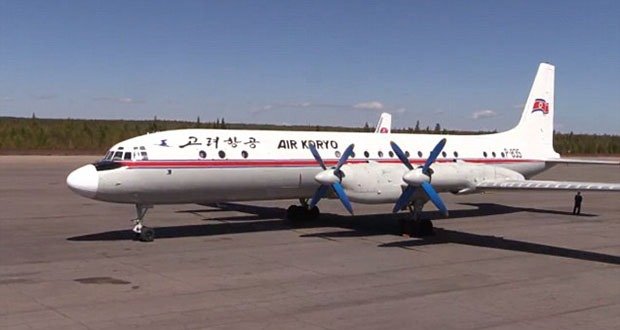 11. As millions of North Koreans go hungry, the country’s rulers have taken up the habit of having McDonald’s hamburgers flown in daily from China on North Korea’s national airline Air Koryo. – Source

12. An investment bank which lost 75% of its employees in 9/11 sued American Airlines for negligence in allowing terrorists on board, and won $135 million. – Source

13. In 2013, an American Airlines flight from LA to NYC made an unscheduled stop in Kansas City to offload a passenger who wouldn’t stop singing “I Will Always Love You.” – Source

14. On 18 May 1990, Jim Swire, whose daughter died in the Lockerbie bombing, took a fake bomb on board a British Airways from London Heathrow to New York JFK and then on a flight from New York JFK to Boston to show that airline security had not improved. – Source 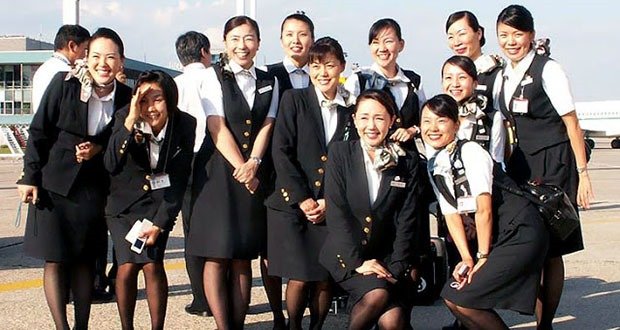 16. After declaring bankruptcy, Japan Airlines flight attendant uniforms were sold to the local sex industry after becoming highly sought after by fetishists. – Source

17. In 2012, an Air Canada passenger flight took a detour and dropped from 37,000 feet to 4,000 feet to help find a stranded yacht off the Australian coast. It took the passengers 25 minutes after the emergency beacon was activated to locate the yacht. – Source

19. Delta Airlines contract has a specific line allowing each passenger from Hawaii to carry one box or bag of pineapples. – Source

20. In 2013, a blind man was kicked off a US Airways flight after his service dog repositioned itself several times during a 2-hour delay. The passengers demanded that he be let back on and the flight attendant responsible be kicked off instead. The flight was eventually canceled. – Source 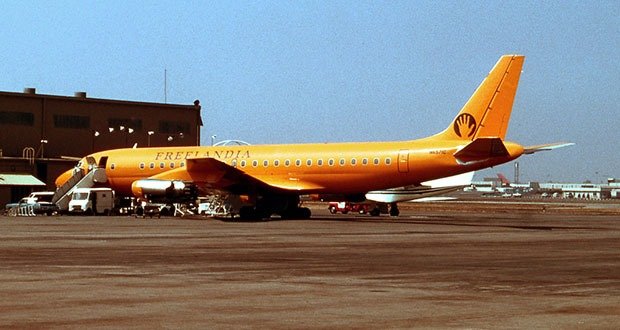 21. In 1974, there was a “Not-For-Profit” airline named Freelandia that served organic food and had waterbeds. The airline went bankrupt in under a year. – Source

22. In 1990 British Airways pilot Tim Lancaster was sucked out of a window when it broke off and was pinned to the aircraft for 20 minutes while crew clung to his legs before landing. He suffered only minor injuries and was flying within 5 months. – Source

23. In 2009, two Northwest Airlines pilots lost their licenses when they overshot their planned destination by 150 miles, only realizing their mistake when a flight attendant asked about landing. The pilots were both on their personal laptops and ignored inquiries from flight control for 90 minutes. – Source

24. In 1994 a passenger was killed by a bomb on a Philippine Airlines flight. This led Philippine police to discover a plot to blow up 11 airplanes in 48 hours over the Pacific, and another plot, which they shared with the FBI in 1995, to fly airplanes into the World Trade Center and Pentagon. – Source

25. In 2001, the heavily-indebted airline AirAsia was bought by Tony Fernandes’ company for One Malaysian ringgit (US$0.26) with (40 million MYR) US$11 million worth of debt. He turned the company around and produced profit in a year. – Source