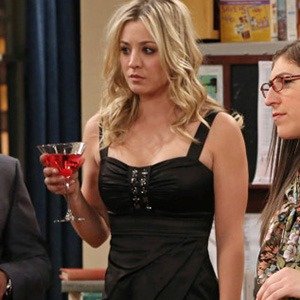 1. Penny is the only main character remaining whose surname has yet to be revealed.

2. Jim Parsons audition for the role of Dr. Sheldon Cooper was so good that creator Chuck Lorre immediately asked Parsons to come in for a second one, because Lorre wanted to be 100% sure Parsons was as brilliant as he seemed. After the 2nd audition went perfectly, Lorre cast Parsons on the spot.

3. In fall 2010, Kaley Cuoco-Sweeting revealed to CBS’s Watch! Magazine’s Behind the Scenes (2008) that she and her “Big-Bang Theory” co-star and love interest Johnny Galecki had secretly dated for two years earlier in the run of the show, but they were no longer together.

4. Kaley Cuoco-Sweeting missed filming a few episodes of season four because of a broken leg that was the result of a horseback-riding accident. In her first appearance following the accident, she was filmed standing behind a counter.

5. On 14 January 2011, CBS gave the series a rare vote of confidence when it issued a three-year renewal through the 2013-14 season. It then received another three-season renewal on March 12, 2014, meaning the show will run at least ten seasons. This marked the first time in modern television history a scripted television series received back-to-back three-season renewals. 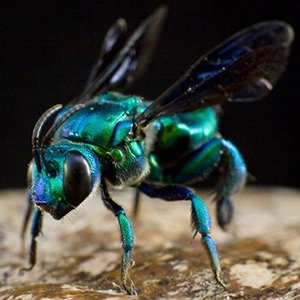 6. On January 3, 2013, it was announced that a team of Brazilian Biologists named a newly discovered type of orchid bee that was eventually named Euglossa bazinga. This was to honor the show and specifically Sheldon’s catchphrase “bazinga.”

7. During the third season, the producers became aware of a series called “The Theorists,” produced and broadcast in the country of Belarus, that was a virtual copy of The Big Bang Theory (2007). Legal action over copyright infringement would have been futile, since the production company was pretty much owned by the Belarus government. However, a lawsuit turned out not to be necessary, because when word got out that the show was a rip-off, the actors quit and the show was immediately canceled.

8. Raj’s inability to talk to women except when drunk is based on an old co-worker of executive producer Bill Prady when he worked at a computer company.

9. Floors two, three, and four of Sheldon and Leonard’s apartment building are the same set just re-dressed for each scene. This can be seen in the fact that the scuff marks on the moulding are identical on each level as they walk up the stairs.

10. On five episodes or more of season six, Mayim Bialik’s right hand was hidden in certain ways and camera shots to conceal the injury and glove with which she covered her hand because of an automobile accident that occurred in August of 2012. 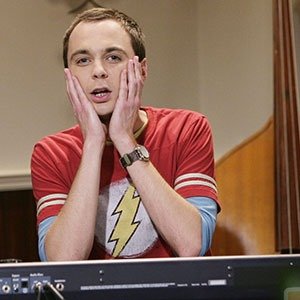 12. The actors learned to actually play their instruments for the show. (Amy plays harp, Sheldon plays Theremin and recorder, and Leonard plays Cello)

13. Each of the male characters has a signature clothing article that is worn in virtually every episode: Sheldon: t-shirts worn over long-sleeve shirts; Leonard: hoodies worn over a T-shirt and under a jacket; Raj: sweater-vest worn over a shirt and usually under some type of outerwear; Howard: dickie worn under some type of outerwear. Howard usually has a pin on the left side of his dickie of the head of a space alien, and he wears large belt buckles.

15. The theme song uses the line “Autotrophs began to drool.” This is a science joke. The word “autotroph” means “self-nourishing” and refers to life-forms (plants and algae) that create their own food internally and don’t need to eat. 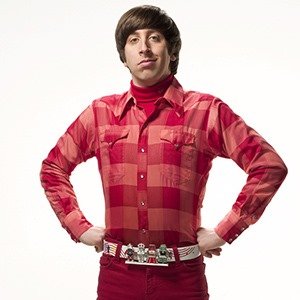 16. Out of the main male cast-members, Howard is the only one who hasn’t seen Penny naked in person; despite being the first to flirt with her.

17. All the figurines and posters in Howard’s room (and later on in his house with Ber date) are female super heroes or science fiction characters. The one non-female figurine, Jabba the Hutt, has Princess Leia (in her slave girl costume) sitting on top. Later on in the series, they accumulate a figurine of Berndette after the episode where he and Raj got a 3D printer.

19. Bernadette did not originally have such a high pitched voice. When she first appeared, she had a rather normal pitch voice and as her character began to take shape, she adopted the quirky high pitched voice which Melissa Rauch says she based off her mother’s voice “without the Jersey”.

20. Amy’s apartment number is 314 obviously is a reference to pi which is usually rounded off to 3.14. 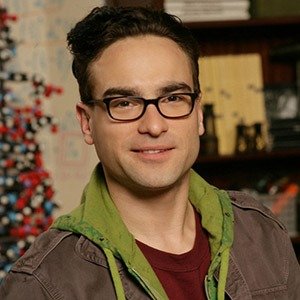 21. Most of the time Leonard has no lenses in his glasses.

22. While having lunch at the University canteen or other eating scenes, characters don’t actually eat most of the times. Howard only pretends to eat the food by moving his mouth like he is chewing it, Sheldon and Leonard just play with their food with fork.Amy and Penny are sometimes shown eating food actually. They only talk most of the time.

23. In one of the episodes when Sheldon moves in with Raj, Raj is watching an Indian movie. The actress of that movie is referred to as ‘Aishvarya Rai’, but it’s actually ‘Amisha Patel’.

24. Although Sheldon does not drive, Jim Parsons gets motion sickness from riding in cars, and prefers to drive them.

25. The Cheese cake factory doesn’t pay to be in Big Bang Theory.