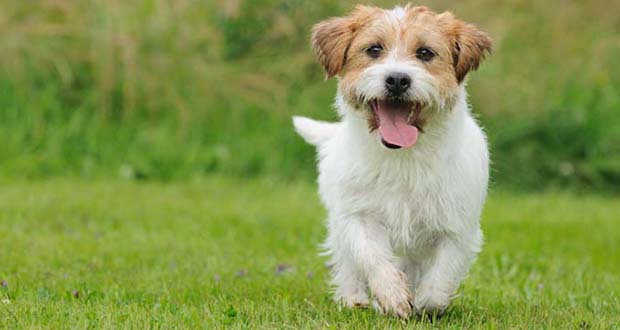 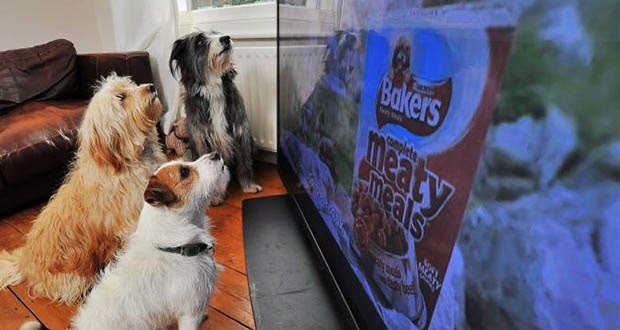 1. Dogs watch more TV now, thanks to high-def TVs. Old CRT TVs were too blurry for dogs to see, but modern screens allow dogs to see the images as clearly as humans. – Source

2. Up to 3% of Switzerland’s population of 8 million (240,000 people), eat dog and/or cat meat. It is most popular during the Christmas holidays. – Source

3. In 2008, a dog tried to save his owners lives after 5 armed pirates hijacked their yacht off the coast of Venezuela. After the men climbed aboard the dog furiously attacked them, biting and snapping until he was stabbed then shot. The dog survived and the pirates left almost empty handed. – Source

4. Human and Dog brains have evolved to understand each other’s vocalizations to some degree, including dogs understanding human laughter. – Source

5. Dogs too can suffer from PTSD, and it affects 5% of military service dogs. – Source 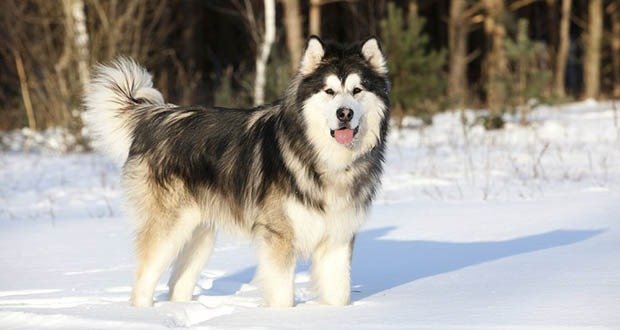 6. The Alaskan Malamute became the state dog of Alaska after a 3-year campaign and legislative process that started with a kindergartner asking the question, “Why doesn’t Alaska have a state dog.” – Source

7. The Ancient Irish respected their dogs so much that if a Warrior or King gained the loyalty of a hound they would be given the prefix “Cu” meaning “Hound” added on before their own name to show others that they were worthy of the respect and loyalty of a dog. – Source

8. There is a non-profit organization called “House with a Heart” that takes in and cares for senior dogs, many with special needs, that have been abandoned by their owners. The facility operates as a hospice, seeing to it that older dogs are not consigned to dying in shelters, or worse. – Source

9. In 1940, a Soviet scientist brought a dead dog’s head back to “life” (it responded to external stimuli) and then brought a clinically dead (drained of blood for ten minutes) dog back to life. He received the Lenin prize. – Source

10. The Vietnam War was the only war in which military dogs were classified as expendable equipment, and not allowed to return home. 3800 out of 4000 dogs were left behind. – Source 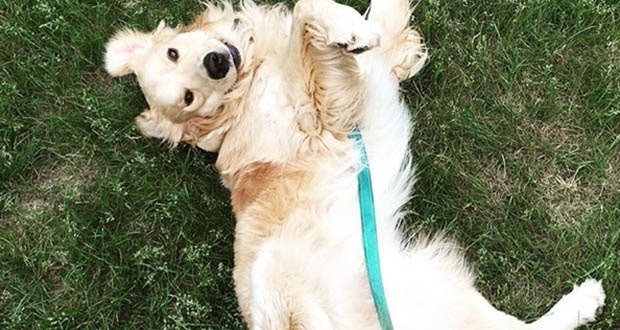 11. Dogs have ‘Eureka moments’ and enjoy the experience of solving a problem in order to obtain a reward. – Source

12. George Washington stopped the Revolutionary War to return a lost dog to the enemy. The terrier of a British general was found wandering the battlefield. The US waved a truce flag, and both sides stopped shooting until the dog was successfully returned to the British commander. – Source

14. During the 18th century, you could pay your admission to the zoo in London by bringing a cat or a dog to feed the lions. – Source

15. In 2014, a 3-year old Russian girl survived for 11 days in Siberian taiga forest by drinking from a creek and eating berries while being protected by her dog, which went to get help after nine days and returned with rescuers. – Source 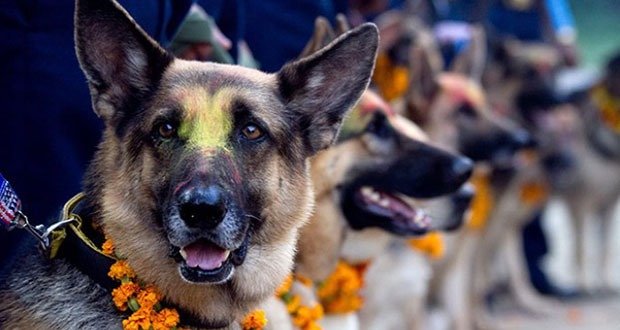 16. Tihar is a festival celebrated in Nepal that dedicates an entire day to thanking dogs for their friendship and loyalty. – Source

17. The domesticated dog evolved from a tamer version of the gray wolf. Based on DNA evidence, researchers currently believe the dog was domesticated in Asia at least 15,000 years ago, with some scientists arguing that dogs and humans have been partners for as long as 100,000 years. – Source

18. In 1913, researchers kept dogs awake for several days, extracted spinal fluid, then injected this into other dogs, which immediately put them to sleep. – Source

19. Liberty, President Gerald Ford’s dog, was trained to create diversions during meetings. If Ford wanted to end a conversation in the Oval Office, he would signal Liberty and she would go to the guest wagging her tail, creating a natural break. – Source

20. In the United States, a 2007–2008 survey showed that dog-owning households outnumbered those owning cats, but that the total number of pet cats was higher than that of dogs. – Source 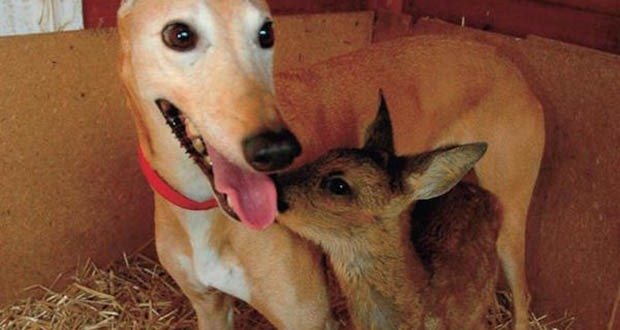 21. During 8 years living in a UK animal shelter, a dog named Jasmine was a ‘surrogate mother’ to over 50 rescued animals; including puppies, foxes, 4 badger cubs, 15 chicks, 8 guinea pigs, 15 rabbits, a deer and a goose. She nursed each with affection, taking care of them as soon as they arrived. – Source

22. Russia’s Vladimir Putin brought a large dog with him to a round of negotiations with Germany’s Angela Merkel, knowing well that she had a pathological fear of dogs in order to gain a psychological edge. – Source

23. Dogs have a branch of nerves in their ears and when you rub them it releases endorphins, making them extremely relaxed with a type of natural high. – Source

24. Dogs will sometimes fake being sick to get attention. – Source

25. Dogs are more likely to steal food in the dark because they know that humans can’t see well in low light. – Source

April 13, 2016
Latest Posts
Subscribe to Blog via Email
Did you know?
Loading...
Facts of the Day
Registration is disabled.