Here is Part 2 of 25 Interesting Facts About Earth. For part 1, click here. 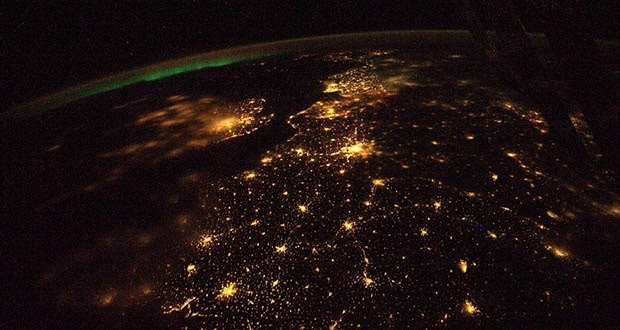 1. Earth is only “marginally” habitable. Some of the Earth-like exoplanets might potentially be far more hospitable for life than Earth is. – Source

2. Life has existed on Earth for over 80% of its existence, and was present from nearly the moment the Earth cooled. – Source

3. All middle age scholars believed that the Earth is spherical. The myth that people in the middle ages thought that the earth is flat appears to date from the 17th century as part of the campaign by Protestants against Catholic teaching. – Source

4. Hoba, the largest known meteorite left no crater on Earth. Earth’s atmosphere slowed the object to the point of terminal velocity. Hoba meteorite is also the most massive naturally occurring piece of Iron on Earth’s surface. – Source

5. The ancient Greek astronomer Eratosthenes of Cyrene, proved that the earth was round in 240 B.C. He also came up with latitude/longitude and was able to calculate the earth’s circumference, which is off by less than 2% from the modern value of 40,041 km. – Source 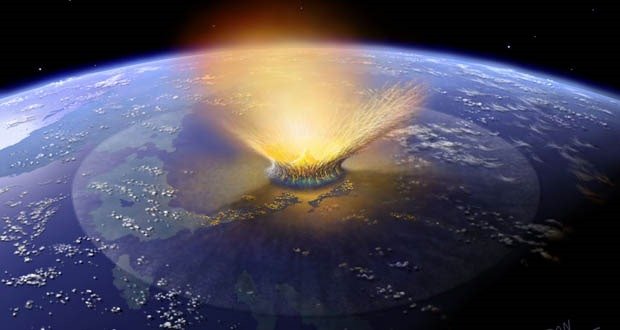 6. The asteroid impact that killed the dinosaurs was powerful enough to send Earth rocks to Mars and even Europa. As a result, if we ever find life on those worlds it may actually have originated on our own planet. – Source

7. Sniper bullets can travel for so long, the rotation of the earth will move the target. – Source

8. Soviet scientists tried to dig a hole through the Earth’s crust in the 1970’s. The Kola Superdeep Borehole reached 40,318 feet deep before they stopped due to higher-than-expected temperatures of 356 degree Fahrenheit making the project infeasible. It is still the deepest borehole humans have ever dug. – Source

9. Even with the extremes of Mt Everest and the Mariana Trench the Earth has less deviation from an idealized spheroid than a billiard ball. – Source

10. If everyone on earth lived like a resident of the United States, we would need the resources of 4.5 planet Earths for sustainable supply. – Source 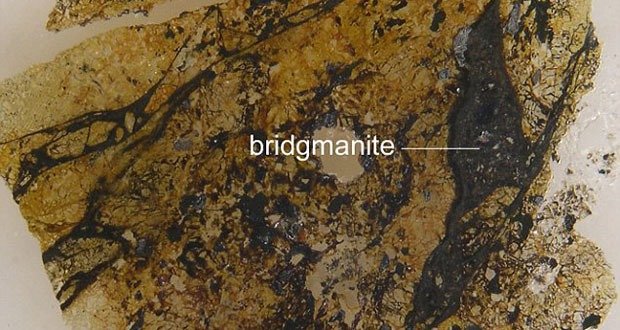 11. The most abundant mineral that comprises of 38% of the Earth had no official name until 2014 because there was no way to get a natural sample from 400 miles beneath the surface. It was named Bridgmanite and the only sample we have is from meteorites.- Source

13. Multicellular life only has 800 million years left on Earth, at which point, there won’t be enough CO2 in the atmosphere for photosynthesis to occur. – Source

14. When Earth passed through the tail of Halley’s Comet during its 1910 approach, there was public fear that a gas discovered in the tail, cyanogen, would destroy all life on the planet, leading to people buying gas masks and “Anti-Comet Pills.” – Source

15. There were four mass extinction events before the one that killed the Dinosaurs. The most severe killed a staggering 97% of all species. All life on Earth today is descended from the 3% that survived. – Source 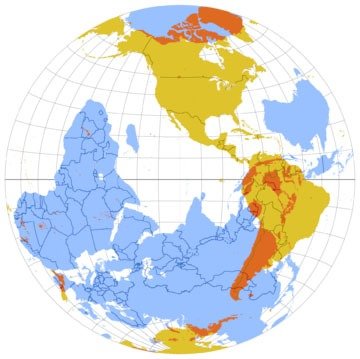 16. Only less than 4% of land has other land on the exact opposite side of the earth from it, which is called its “antipode.” There are very few spots where you could talk about digging straight through the earth. – Source

17. In 1963, the US Military created an artificial ring around the Earth, in order to serve as a man-made ionosphere. The ring was made of copper needles and was used for worldwide communications in the case that the Soviets disabled all other methods of communication. – Source

18. The Moon provides the Earth with stable climate. Without the Moon, Earth’s axial tilt with respect to the Sun could fluctuate erratically (by as much as 90 degrees), disrupting the seasons. – Source

19. When spacecraft does Earth-flybys at certain angles, they experience a small but sudden velocity increase, which is still unexplained. One of the proposed explanations is the existence of a ring of dark matter around Earth. – Source

20. 1816 is called “the year without summer” due several compounding earth events lowering Earth’s temperature and eliminating summer that year. – Source 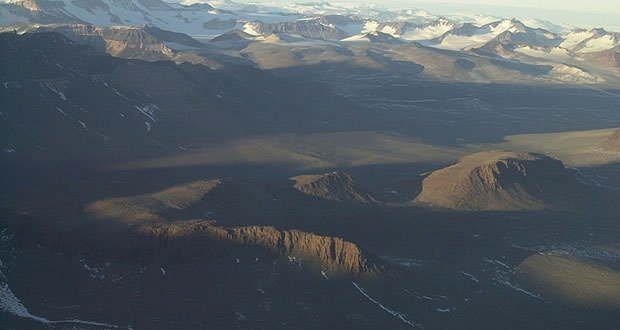 21. The driest place on Earth is in Antarctica in an area called the Dry Valleys, which have seen no rain for nearly 2 million years. There is absolutely no precipitation in this region. – Source

23. Scientist feared that the first atomic test would initiate an unstoppable chain reaction and ultimately lead to the destruction of earth. – Source

24. Due to the detonation of atomic bombs, everything on Earth was marked by a unique carbon signature. It can measure the date of anything from wine to human tissue. – Source

25. The Hairy Ball theorem dictates that, given at least some wind on Earth, there must at all times be a cyclone somewhere. – Source