Here are 25 Interesting Facts About Flags. 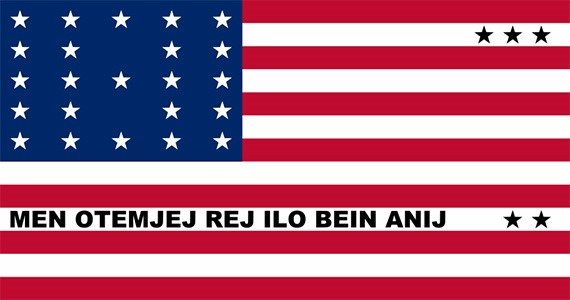 1. The Bikini Atoll’s flag is similar to the USA flag, but with black stars representing islands destroyed by nuclear testing, to serve as a reminder of the debt the US still owes them for nuclear fallout and radiation poisoning. – Source

3. The US Pledge of Allegiance was conceived by a magazine to sell American flags to public schools. – Source

4. The nylon American flag planted on the moon during Apollo 11 cost $5.50, was knocked over by exhaust from the Lunar Module’s ascent, and is likely to have disintegrated by four decades of heat, UV rays and radiation. – Source

5. “Backwards American flags” on airplanes and military uniforms are worn with the stars in front to “give the effect of the flag flying in the breeze as the wearer moves forward.” – Source 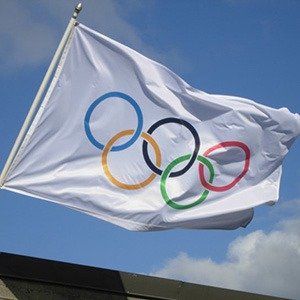 6. The first Olympic flag went missing for 77 years after the 1920 games until a 1920 olympian revealed he’d had it in his suitcase the whole time – Source

7. During truce talks between North and South Korea, both parties would try to bring a bigger national flag than the other to each meeting. This went on until a special meeting was called to address the size of the flags, as they could no longer fit in the room. – Source

8. Lichtenstein and Haiti developed identical national flags independently of each other. No one realized until the two countries competed against each other in the 1936 Summer Olympics under the same flag. – Source

9. In 1906, an Irish Olympic silver medalist Peter O Connor climbed a 20 foot flag pole and waved the Irish flag when made to compete for Britain, all while Irish and Irish-American athletes fought off guards at the end of the pole. – Source

10. According the Flag Code, the American Flag should never be used for advertisement purposes in any manner whatsoever. – Source 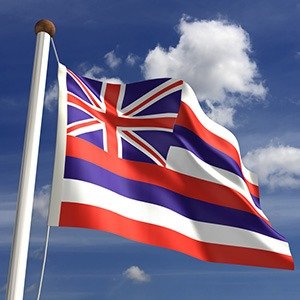 11. Hawaii’s state flag features the Union Jack (Flag of the UK) and is the only US State flag to do so. – Source

13. When a foreign dignitary stays over at Blair House (the sister version of White House), their national flag is flown over the premises and the area is considered foreign soil. – Source

14. The U.S. is the only country that does not dip its flag to the host country at the Olympics opening ceremonies. When the U.S. flag-holder was asked to do so for King Edward VII at the 1908 London games, he supposedly responded, “This flag dips to no earthly king.” – Source

15. Texas is the only state where citizens also pledge allegiance to the state flag. – Source 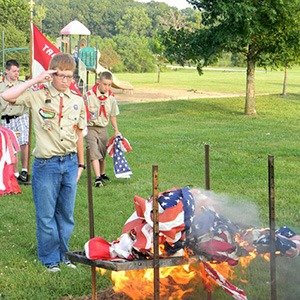 16. The boy scouts burn the most US flags in the World, as it is actually the most respected way of disposing of a Flag – Source

17. The Virginia state flag is the only U.S. state flag to feature nudity. – Source

19. Denmark’s flag is the oldest flag currently in use, designed in 1219 and unchanged since. – Source 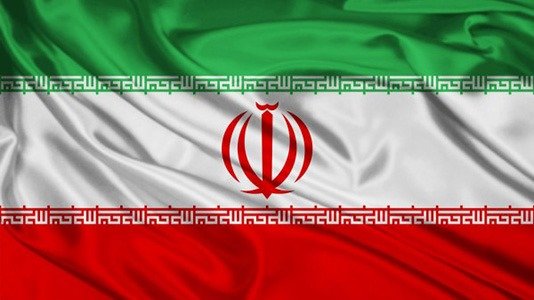 21. The words “Allahu Akbar” are repeated 22 times on the flag of Iran. – Source

22. John Rabe, a member of the Nazi Party, prevented the slaughter of hundreds of thousands of Chinese civilians at the hands of the Japanese by setting up a refugee zone under the Nazi flag. – Source

23. The first African-American to receive the Medal of Honor in the Civil War was Sgt. William Harvey Carney who, despite being shot in the face, shoulders, arms, and legs, refused to let the American flag touch the ground. – Source

25. There was about a 15 year period in which the flag of France was just a white flag – Source