Here are 25 Interesting Facts About Genghis Khan and Mongols. 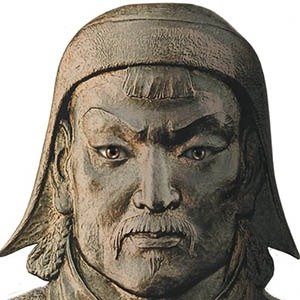 1. In 1201, Genghis Khan was shot in the neck during a battle and asked the defeated army who had shot “his horse”, trying to downplay the injury. The archer voluntarily confessed that he shot Genghis Khan himself and not his horse. He refused to beg for mercy saying if Genghis Khan desired to kill him, it was his choice, but if he would let him live, he would serve Genghis Khan loyally. Genghis Khan spared him, turning him into a great general. – Source

3. Genghis Khan killed an estimated 40 million people, resulting in a man-made climate change. The Mongol invasions effectively cooled the planet, scrubbing around 700 million tons of carbon from the atmosphere. – Source

4. Genghis Khan’s chief adviser was a captured scholar named Yelu Chucai. His contribution to the Mongol Empire was to suggest that the Mongols not kill everyone, but tax them instead. – Source

5. Genghis Khan would marry off a daughter to the king of an allied nation, dismissing his other wives. Then he would assign his new son-in-law to military duty in the Mongol wars, while the daughter took over the rule. Most of his sons-in-laws died in combat, giving him shield around the Mongol lands. – Source 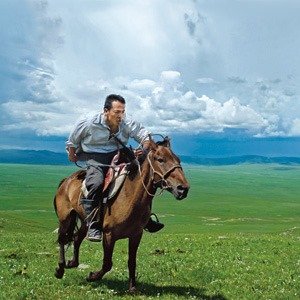 6. There’s a place in Mongolia called Ikh Khorig that was declared sacred by Genghis Khan. The only people allowed to enter were the Mongol Royal Family and a tribe of elite warriors, the darkhat, whose job was to guard it, punishment for entering being death. They carried out their task for 697 years, until 1924. – Source

7. Legends abound regarding the cause of Genghis Khan’s death, ranges from a fall from his horse while hunting, to an arrow to the knee, to an assassination plot executed by a captured princess. – Source

8. Genghis Khan exempted the poor and clergy from taxes, encouraged literacy, and established a free religion, leading many people to join his empire before they were even conquered. – Source

9. Shah Jahan, the emperor who built the Taj Mahal was a direct descendent of Genghis Khan – Source

10. The Mongols celebrated a victory over the Russians by laying survivors on the ground, dropping a heavy wooden gate on them, and then having a victory banquet on top of it while the victims suffocated and were crushed to death. – Source 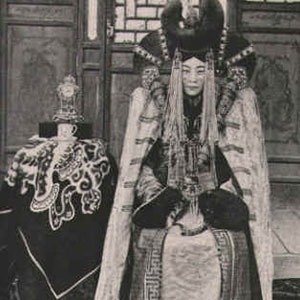 11. Töregene Khatun, the daughter-in-law to Genghis Khan, ruled the Mongol Empire for 5 years at the height of its power and was arguably the most powerful woman in the history of the world – Source

12. The Mongols killed so many people in the Iranian Plateau that some historians estimate that Iran’s population did not again reach its pre-Mongol levels until the mid-20th century. – Source

13. Mongols were actually outnumbered in most of their victories in battles. They still managed to deceive their enemies by elaborate ruses like mounting dummies atop horses and tying sticks to the horses’ tails to create dust storms. – Source

14. In 1258, the Mongols destroyed Baghdad. Survivors said that “the waters of the Tigris ran black with ink from the enormous quantities of books flung into the river and red from the blood of the scientists and philosophers killed.” The siege marked the end of the Islamic Golden Age. – Source

15. The Mongols pulled their bowstrings back with their thumb. To prevent damage to their thumbs they created thumb rings. – Source 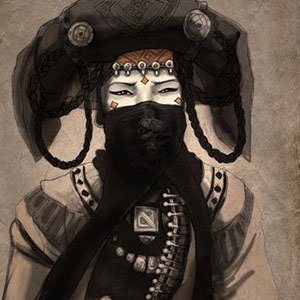 16. Khutulun was a warrior princess. She was a Mongol princess who won 10,000 horses wrestling every man who wanted to marry her. – Source

17. People of the Mongol empire never washed their clothes or themselves because they believed washing would pollute the water and anger the dragons that controlled the water cycle. – Source

18. In 1254 C.E. Genghis Khan organized a formal religious debate between teams of Christians, Muslims, and Buddhists. The debate went on for multiple rounds on a variety of theological topics until the participants became so drunk that it concluded without any clear winner. – Source

19. Genghis Khan is considered the “most successful biological father in human history” with over 16 million descendants in Central Asia. – Source

20. In his youth, Genghis Khan killed his half-brother Bekhter for not sharing food. 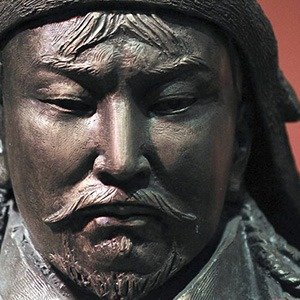 21. Mongol leader Genghis Khan never allowed anyone to paint his portrait, sculpt his image or engrave his likeness on a coin. The first images of him appeared after his death. – Source

22. Genghis Khan invaded China with 90,000 troops and dominated the largest army in the world, the Jin Dynasty’s 1 million+ troops, and destroyed over 500,000 of them in the process and gained control of Northern China and Beijing. – Source

23. Mongols had rules against spilling noble blood over the ground. Instead, they used loopholes like making them bend backward until their backbones snapped, pouring molten silver into eyes and ears, and being rolled up in a rug and trampled to death by the Mongol cavalry. – Source

24. The Mongol Empire installed empire-wide messenger/postal stations 15-40 miles apart, stocked with food and fresh mounts that required passports for use, allowing for communication over the largest continuous empire in history. – Source

25. The deadliest war in the history was WWII, but the Mongol Invasions are a close second, despite occurring 700 years earlier, when the world’s population was only a fifth of what it was in 1945. – Source

(This article was originally published on February 24, 2015)