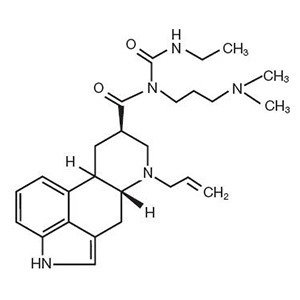 1. It has been suggested online that the drug Cabergoline has a possible recreational use in reducing or eliminating the male refractory period, thereby allowing men to experience multiple ejaculatory orgasms in rapid succession by inhibiting the hormone prolactin and at least one scientific study supports those speculations. – Source

2. For those who have trouble sleeping, researchers say that one week of camping, without electronics, resets our biological body clock and synchronizes our melatonin hormones with sunrise and sunset. – Source

3. Recent studies in neuroscience have indicated that as people fall in love, the brain consistently releases a certain set of chemicals, including the neurotransmitter hormones, dopamine, norepinephrine, and serotonin, the same compounds released by amphetamine, stimulating the brain’s pleasure center and leading to side effects such as increased heart rate, loss of appetite and sleep, and an intense feeling of excitement. Research has indicated that this stage generally lasts from one and a half to three years. – Source

4. The National Institute of Environmental Health Sciences has estrogen in its list of known cancer-causing agents. Estrogen is a natural hormone circulating in significant amounts through the bodies of half the world’s population. – Source

5. British intelligence planners seriously considered secretly administering small doses of estrogen into the food of Adolf Hitler, in order “to make his character less aggressive” and to make his moustache to fall off. – Source 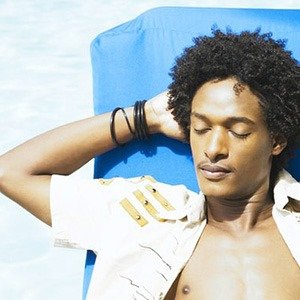 7. According to a study done by Zhejiang University, researchers discovered that abstaining from ejaculation for 6 days after orgasm has little effect on testosterone levels, but testosterone levels reached approximately 146 percent on the seventh day. – Source

8. According to a study done by the neurobiologists at the Weizmann Institute of Science in Israel found that the smell of women’s tears will reduced men’s sexual arousal and testosterone levels. – Source

9. The over-stimulation in modern society caused by artificial light, electronic devices, internet connections, abundant food, processed foods, and other conveniences of modern life sometimes result in depression, anxiety, and sleep disorders due to being desensitized or oversensitized to various aspects of our own chemical control systems and chemicals like dopamine, serotonin, and melatonin. – Source

10. When skydiver Joan Murray’s main parachute and backup parachute failed, she approached the ground at 130 kilometers per hour, landing on a mound of fire ants. Doctors believe that the shock of being stung over 200 times by the ants released a surge of adrenaline, which kept her heart beating. – Source 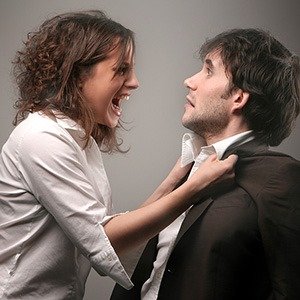 11. Women’s nervous system takes a bit longer to “settle down” and return to normal than it does in men. This means is that as an argument winds down, a man will start feeling calmer relatively quickly, while a woman’s body remains in an agitated state even after the apparent resolution of the argument. Because everyone’s brain takes cues from the body, her brain realizes it’s still angry. So it starts casting about for other things to be angry about. Bam: Suddenly the argument flares up again, about a new subject. – Source

12. Harry D. Andrews (1890-1981) was a young man when he was declared dead from spinal meningitis. He was revived with experimental adrenaline. He recovered, served in France in WWI. He later found out that his fiancé left him. Later he proceeded to carry 56,000 pails of stone from a river to build his own three story castle. – Source

13. There is something called sleep debt and if you do not reduce the debt you can experience worsened vision, impaired driving, and trouble remembering. Long-term effects include obesity, insulin resistance, and heart disease. – Source

14. In 1998 NASA grew super-fine Insulin crystals in space. Researchers found that it was so effective it could reduce Insulin intake to once every three days or so, instead of one to three times a day. – Source

15. Cuddling (or other ‘love’ acts) helps to heal physical wounds faster due to the release of Oxytocin, which is proven to reduce swelling – Source 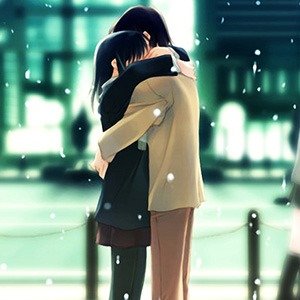 16. A study done by University of North Carolina found that hugging for 20 seconds releases Oxytocin, a “bonding” hormone and reduced blood pressure, which cuts the risk of heart disease. Greater partner support is linked to higher oxytocin levels for both men and women. – Source

18. The reason we vividly remember embarrassing or fearful events is because the amygdala, in addition to releasing adrenaline and cortisol, triggers temporary enhanced memory function. – Source

20. Breastfeeding releases the hormone oxytocin, which helps the uterus return to its pre-pregnancy size and may reduce uterine bleeding after birth. Breastfeeding also lowers the risk of breast and ovarian cancer. – Source 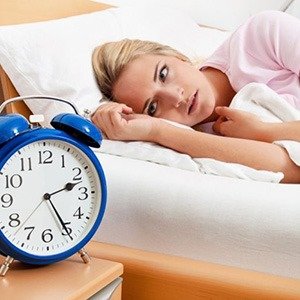 21. A single night of sleeplessness can stimulate insulin resistance, a component in type 2 Diabetes, thus implying that sleep deprivation can be a major factor in the origin of type 2 diabetes. – Source

22. Vitamin D is the only vitamin that is also a hormone and that a deficiency can lead to numerous mental illnesses such as depression and Schizophrenia. – Sourc

23. The “Morning-After Pill” does not cause an abortion but actually prevents fertilization by disrupting ovulation. If fertilization has already occurred, the progesterone pill does nothing. That hormone is being released naturally now anyway. – Source

24. Testosterone can cross the blood-brain barrier and be converted to estrogen, but estrogen alone cannot cross. As a result, men have more “estrogen on the brain” than women. – Source

25. There exists a condition called complete androgen insensitivity syndrome where someone who is genetically male cannot use male sex hormones. Instead they develop, are born and grow up as females, except that they have undescended testicles instead of uterus and ovaries. – Source

25 Interesting Behind the Scene Facts About Famous Movies-Part3

25 Kickass and Interesting Facts About Paintings