Here is 25 Interesting Facts About Lord of the Rings Movie Trilogy – Part 3. 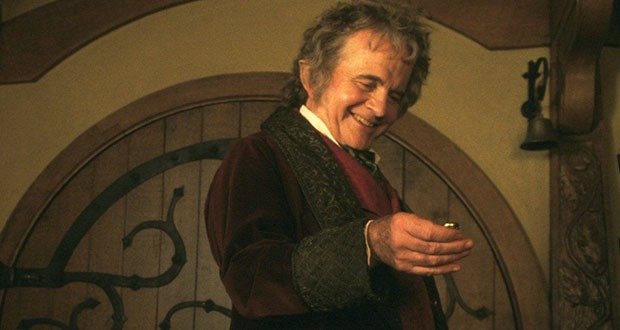 2. The nocturnal screams of possums were used for the screeches made by the Orcs in the mines of Moria.

3. There are several close ups of fingers toying with the ring. While some have lovely cuticles and nails, some look quite ragged. The latter are actually Elijah Wood’s hands. He has a habit of biting his nails.

5. New Zealand’s army was cast as extras for large battle scenes in the film, but was forced to back out due to having to serve as peacekeepers in East Timor. 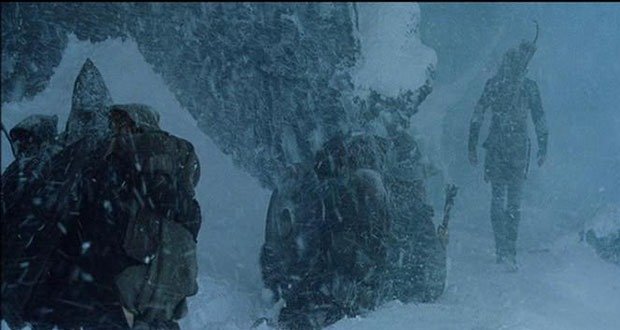 6. While the rest of the Fellowship struggle through snow drifts, Legolas walks on the top of the snow. This is in line with the information given in the novel, where Elves are so lightweight that they are able to walk on top of snow.

7. Sean Connery was, at one point, offered the role for Gandalf, but he turned it down due to reportedly “not understanding the story.”

8. The overall budget for all 3 films was $300 million. Add another $200 million for the publicity and marketing of all 3.

9. In order to make “forced perspective” a bit more interesting, the filmmakers devised a totally new system consisting of a pulley and a platform. When the camera moved (which is normally impossible as the forced perspective would become obvious) the actor(s) also moved, and the perspective (7-foot Gandalf – 4-foot hobbits) would always be okay. They also used three differently sized props (large, medium, small) to interact with the different sized characters

10. Fans were offered the chance to have their names in the special edition’s hugely lengthy closing credits for $39.95. 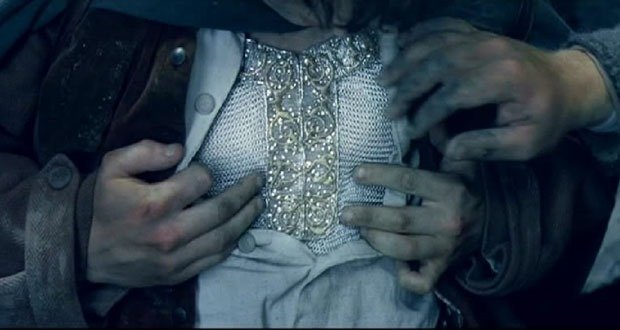 11. Elijah Wood never wore a full chain-mail Mithril vest, only the top half.

12. Although Frodo calls him Uncle Bilbo, Frodo is in fact (according to J.R.R. Tolkien) Bilbo’s second cousin once removed, which is also how Pippin describes his relationship with Frodo in the Prancing Pony.

13. At the birthday party, when Bilbo is naming various hobbit families, he says “Proudfoots” and a hobbit calls back “Proudfeet”, with his large feet in the foreground. The shot was deliberately framed to imitate the shot used in The Lord of the Rings (1978), as an homage to the film that introduced Peter Jackson to J.R.R. Tolkien’s works.

14. About 28 separate Hobbit holes had to be built for the Shire. Each one had to be different.

15. On the film’s first theatrical release, a story circulated (and was reported in the goofs section) that when Sam tells Frodo that he is now the farthest he has ever been from home, a car is visible driving by in the background (top-right corner of the screen). Arguments ensued. Some said it was smoke from a chimney, others said they saw the glint of sunlight reflected from the windscreen of a fast-moving vehicle. In the version of the film released on DVD there is definitely no car, only chimney smoke and a one-frame flash of light that could conceivably be a car, but not in any sense that could be considered a goof. Peter Jackson says (in the commentary track on the Extended DVD) that he looked at every frame on a computer and has never seen anything resembling a car and claims that it’s nonsense (and certainly the original sighting remains unconfirmed by IMDb goof spotters). In the documentary of extended DVD version, editor John Gilbert says that there was a car in the background, but they thought no-one would notice it. They got rid of it in the DVD version. In a subsequent magazine interview, Jackson agreed that the car was there. 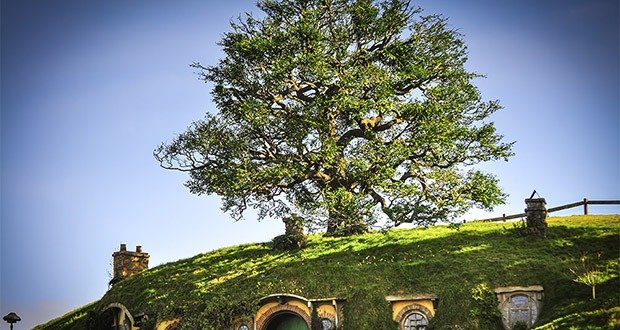 16. The large tree that stands above Bag End was built especially by the production department. Every leaf had to be manually attached.

17. In the extended DVD edition of the film, during the “Concerning Hobbits” prologue, there is a brief shot of Sam holding up a bunch of flowers by the rootball for planting. This is the only place in the trilogy where Sam – Bilbo and Frodo’s gardener – is actually seen gardening.

18. The shots that were too visually complex to be conveyed on a storyboard were rendered digitally on a computer in a stage known as pre-visualization. Peter Jackson received a lot of pointers on this from George Lucas and his Star Wars producer Rick McCallum at Skywalker Ranch. When he returned to New Zealand, he hired a lot of recent digital artist graduates to help him create his previz concepts.

19. As Gandalf and the others leap the stairway gap in Moria while fleeing the balrog, incoming arrows shot at them by goblins high above seem to rapidly flex. This is not an accidental special-effects artifact; arrows actually do this, and it contributes to stable flight, similar to a gyroscope’s effect. That one of Legolas’ arrows does not flex in a flying-point-of-view shot may indicate that elvish arrows are enchanted – or that the filmmakers just wanted to spare the audience the extra distraction in that shot.

20. There were supposed to be 144 Hobbits at Bilbo Baggins’ party. Due to budgetary constraints, there are actually only 100. 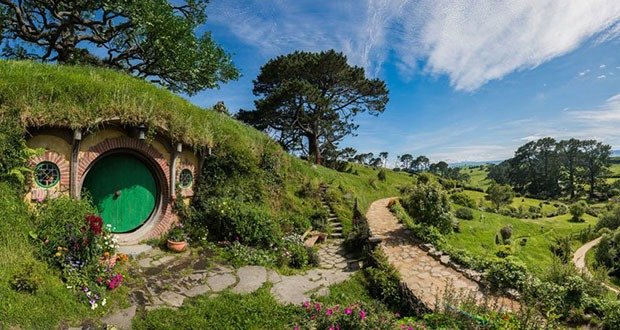 21. The bridge in Hobbiton was built by the New Zealand army out of polystyrene.

22. The total crew amounted to over 3,000 people of which approximately over 300 were in the art department alone.

23. Although Bilbo Baggins’s opening scenes are in Hobbiton, Ian Holm never actually worked on the location. His scenes were all done against blue screen.

24. Development of a live-action adaptation of the “Lord Of The Rings” books had been in process as far back as 1957, when Hugo award-winning science fiction magazine editor Forrest J. Ackerman had successfully convinced J.R.R. Tolkien himself to grant him permission to attempt one. In the 40+ years before Peter Jackson finally managed to film the trilogy, John Boorman, Stanley Kubrick, and even The Beatles had all either attempted or expressed interest in filming their own adaptation.

25. James Horner was contacted to compose the music for the film but he was unavailable because of his work on A Beautiful Mind (2001). The choice of Howard Shore as composer took some people by surprise because he was associated with dark thriller films and he never worked on an epic film of this scale. He ultimately won his first Academy Award for Best Original Score for this film.