Here is part 4 of 25 Interesting Facts About Lord of the Rings Movie Trilogy. 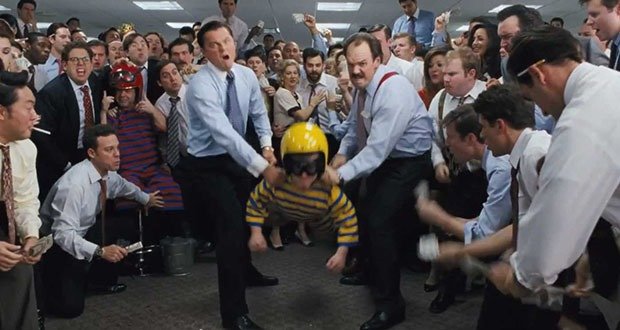 1. When Gimli proclaims “Nobody tosses a dwarf,” this is a reference to the bizarre 1970s fad of dwarf tossing.

2. In the French version, names are translated (as in the books) into names that sound medieval to French people. Thus, Frodo and Bilbo Baggins are called “Frodon et Bilbon Sacquet”, the Shire is “La Comté”, Rivendell is “Fondcombe”, and so on.

3. Despite Liv Tyler’s role in the films, the character of Arwen only appears in one scene in The Fellowship of the Ring before the Counsel of Elrond and again with just one spoken line in The Return of the King after the One Ring is destroyed. Other key scenes from the book were not shown in the films, while many others were altered for the sake of entertainment. Several characters from the books, including Tom Bombadil, Glorfindel, Radagast and Bill Ferny, were never shown or hinted at in the films.

4. Peter Jackson was concerned that the executives at New Line Cinema would object to the amount of smoking in the film. He jokingly suggested that if there was an objection that Gandalf would be re-written to have recently given up smoking and instead would suck on candies in an effort to curb his addiction. Fortunately for the filmmakers, there was no objection to the smoking.

5. Viggo Mortensen broke two toes while kicking the steel helmet by the orc pyre, and that take is the one that actually appears in the movie. Peter Jackson said that he was really impressed with the shout of pain Aragorn cried out for the fate of the two hobbits, realizing only later that it was real pain for his toes. He was also impressed by the fact that Mortensen continued acting even while so seriously injured. Mortensen later remarked that the only reason it was even mentioned on the DVD release was because he was an actor and that the stunt crew were injured far worse and pushed through it. 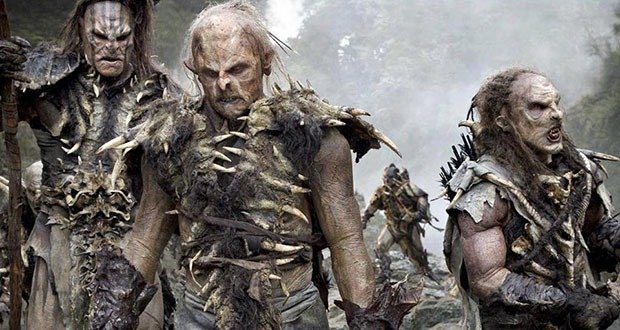 6. As the Orcs have black blood, it was only natural that the inside of their mouths should not be pink but black as well. To achieve this, the Orc actors had to swill a liquorice-based mouthwash prior to each of their scenes.

7. On the wall of Helm’s Deep during the battle, a one-eyed warrior turns to the camera, revealing his scarred empty socket. The performer who played him showed up as an extra, wearing an eye patch; director Peter Jackson politely asked to see what was under the patch, and then inquired if the gentleman would be interested in appearing in the film sans eye patch. The gentleman was reluctant at first and quite self-conscious, but afterward said the experience had made him more comfortable with his condition.

8. John Rhys-Davies (Gimli) had lost the tip of his left middle finger in a farm accident when he was younger, so special prosthetic fingertips were made from a cast of his right middle finger. During shooting he decided to pull a prank on Peter Jackson. He cut the tip off the prosthetic finger and filled it with fake blood, then went up to Jackson and said “boss, I had an accident.”

9. The Main Door of Helm’s Deep was built so heavily and so well that the real battering ram that was built to knock down the gates failed to do so until the door was weakened. Someone had built the door a little bit too well and Peter Jackson can be heard on the Extended Edition DVD commenting that if they had to defend a castle, he would want the WETA workshop guys to build the door.

10. In the wide shots of Legolas, Aragorn and Gimli running after the Orcs, all three performers are running injured. Orlando Bloom had a couple of broken ribs (from a fall off a horse); Viggo Mortensen had a broken toe (from kicking the helmet in the Orcs funeral pyre scene); and Brett Beattie (Gimli’s stunt double) had a knee injury. Peter Jackson said that all three were very dedicated and continued to film the scene, often yelling “ouch” or “ow” after “cut” was called. 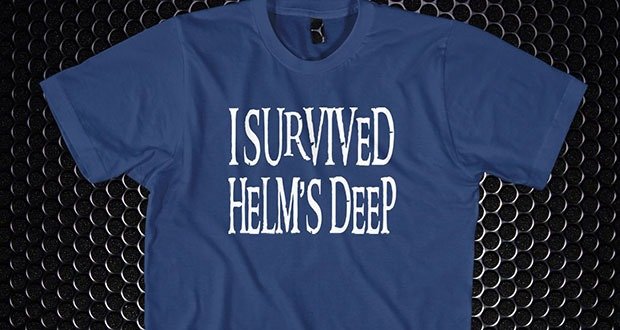 11. There were so many extras used in the sequences at Helms Deep, and the filming went on for so many months that almost all the extras and principal actors got t-shirts reading “I survived Helms Deep”. There were so many of these shirts that extras would often meet other extras in New Zealand’s main cities because they would recognize the shirts.

12. The 10,000 Uruk-Hai battle chants for the Helm’s Deep battle sequence were provided by a stadium of 25,000 cricket fans, who chanted the war chants, “Derbgoo, nashgshoo, derbgoo, dashshoo,” spelled out on the Diamond Vision screen, with Peter Jackson himself leading the crowd.

13. Viggo Mortensen was so impressed with the horse his character rides that he purchased him from the owners. The horse was shipped back to New Zealand for the additional shots that were filmed in 2002.

14. When Frodo (Elijah Wood) and Sam (Sean Astin) are in Osgiliath, Sam says, “By rights, we shouldn’t even be here.” This was a nod to the deviation the screenplay had taken from the book’s storyline. In the book, Sam and Frodo never passed through Osgiliath at all.

15. Andy Serkis (Gollum) was ruled ineligible for a Best Supporting Actor nomination at the 2003 Academy Awards because his character onscreen was computer generated. 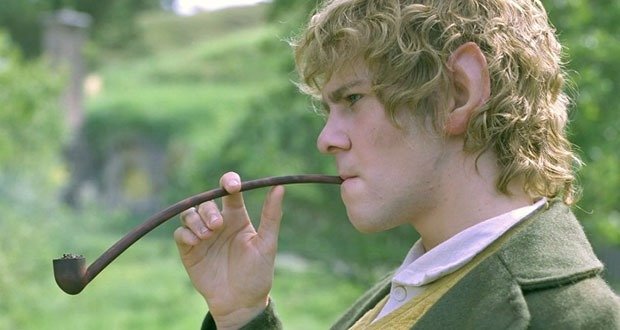 16. In the Extended Edition, Pippin tells Merry about a dream he had in which they smoked a large amount of pipeweed, and then Merry got sick. During filming, Dominic Monaghan, who played Merry, did indeed get sick when he tried to smoke.

17. The Extended Version reveals that Aragorn is 87 years old. This is said to be due to the fact that he is a descendant of the Dunedain, gifted with long life. (Readers of the book knew this already.)

18. The battle at Helm’s Deep was edited down from twenty hours of footage, shot over a three month period with the rain machine battering down on the cast.

19. The location for Edoras was in the midst of a national park. The Conservation Society of New Zealand gave them permission to film there on the proviso that they left it in exactly the same condition that they found it. This meant lifting most of the natural vegetation and grasses up and storing them in a purpose-built nursery, as filming in the location would last approximately 18 months.

20. Sean Astin suffered two injuries in rapid succession. First, he impaled his foot on a piece of glass underwater, while filming the scene in which Sam rushed out to Frodo’s boat. Literally the day after that scene wrapped, he filmed the scene in this film where Gollum leads Frodo and Sam to the Black Gate. During that scene, Gollum grabs Frodo and Sam to stop them from rushing towards the Gate. Andy Serkis grabbed Astin by the hair, and pulled so hard that it yanked the wig right off his head, causing him considerable pain. 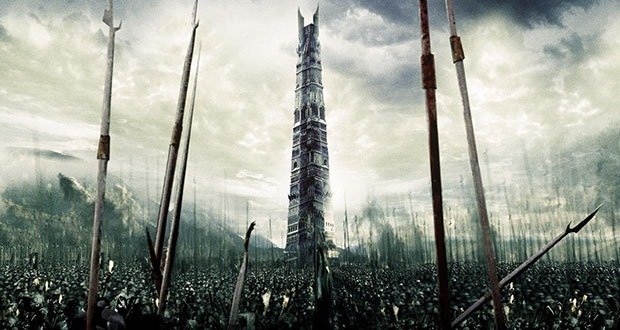 21. The “miniature” of Orthanc tower ended up being 27 feet tall.

23. Although Wargs in the novel are described merely as looking like wolves, the filmmakers decided to add in elements of hyenas (which are not members of the wolf/dog family) to their build, to create a uniquely fearsome appearance.

24. Most of what is seen of the Black Gate is a miniature. There was no real location as such, and the scene where Frodo, Sam and Gollum are on a hilltop was filmed indoors. The miniature of the Black Gates of Mordor was partly made of lead.

25. The first appearance of the White Wizard in Fangorn Forest was made intentionally confusing, by compositing the eyes of Christopher Lee into the face of Ian McKellen; the voices of both actors were also mixed in alternating intensity to add to the confusion.