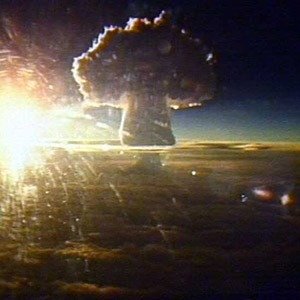 1. Tsar Bomba, the most powerful nuclear weapon ever detonated, was so powerful that it created seismic shocks that were measurable even on their third passage around the Earth. – Source

3. The documents that “proved” Iraq sought nuclear weapons in 2002 are known forgeries, and the forger has never been caught. – Source

5. A reliable way of detecting art forgeries is to test for cesium-137 and strontium-90 as these isotopes did not exist in nature prior to the first use of nuclear weapons in 1945. – Source 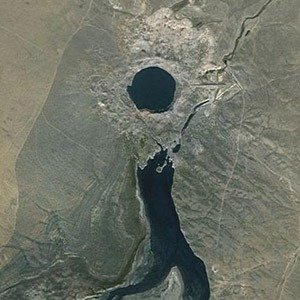 6. Lake Chagan in Kazakhstan was created using a nuclear weapon and the radiation has decayed to the point that people can swim in it – Source

8. During the 1946 nuclear weapon tests in the Pacific, animals were put on ships in the blast area. Goat #119, behind plate armor inside a gun turret, died from the radiation in 4 days. Goat #53, out on deck, died in 2. Pig #311 was found swimming and was brought back to the zoo in Washington. – Source

9. In over 2000+ nuclear test detonations, only one has an unknown nationality. No nation has taken credit for detonation of a 3 kiloton bomb in the Indian Ocean in 1979. This is called the Vela Incident. – Source

10. In 1961, the US Air Force accidentally dropped two nuclear bombs on North Carolina, each with more than 250 times the destructive power of the Hiroshima bomb, but neither of them exploded. They discovered one of the nuclear weapons had landed in a field with its deployed parachute tangled in the branches of a tree. The second bomb had anything but a soft landing. It became entombed after striking the ground at nearly 700 miles per hour. It was 1 low voltage switch away from actually detonating. – Source 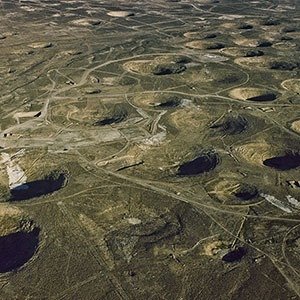 12. The US Air Force developed a top-secret plan to detonate a nuclear bomb on the moon as a display of military might at the height of the Cold War. The mathematical modeling for the explosion was done by Carl Sagan. – Source

13. A nuclear bomb is stuck somewhere in the ice on the coast of Greenland. In 1968, a B-52 crashed and its payload of 4 nuclear bombs was reported by the U.S. government as recovered and destroyed. In 2008, the BBC reported that one of the bombs was never recovered. – Source

14. The scientists of the Manhatten Project had fears that fission bombs would cause runaway fusion and ‘ignite’ the entire atmosphere. – Source

15. An atomic bomb cameraman ripped his safety goggles a split second before the bomb exploded. He immediately covered his eyes with his hand and saw his hand’s bones through his closed eyelids just like in an X-ray. – Source 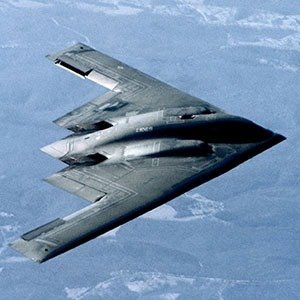 16. A single US stealth bomber can carry 16 B83 nuclear bombs. Each of those bombs can produce 75 times the yield of the atomic bomb dropped on Hiroshima. – Source

17. The atomic bomb dropped on Hiroshima released an amount of energy equivalent to the conversion of 0.7 grams of matter into energy. – Source

18. During WWII, Oak Ridge in Tennessee with a population 75,000 used 1/7 of all US electricity to process uranium for the atomic bomb. – Source

19. In 1966, USA lost a hydrogen bomb in the Mediterranean Sea, and struggled to find it. Finally, a Spanish fisherman helped them find it. The U.S. secretary of defense said the bomb was worth $2 billion. The fisherman asked for $20 million, or 1 percent of the bomb’s value in accordance with the custom of maritime law. The Air Force eventually settled out of court for an undisclosed sum. – Source

20. In 1962, US Air Force blew up a hydrogen fusion bomb in space. It turned the atmosphere green and blue, which could be seen for hundreds of miles. – Source 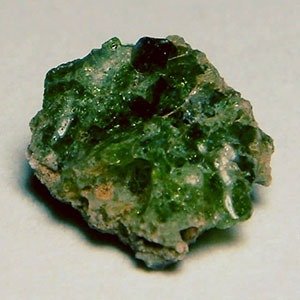 21. The first atomic bomb detonation at the Trinity site in New Mexico caused the sand in the surrounding area to turn to glass from the heat, creating a new mineral called “Trinitite”, named after the site of the explosion. – Source

22. On February 5, 1958, United States Air Force lost a 7,600 pound hydrogen bomb in the Wassaw Sound in Savannah, Georgia and it remains to this day unfound. – Source

23. Dr. Louise Reiss collected and analyzed nearly 320,000 baby teeth during the Cold War to see if radioactive “bone seeking” Strontium 90 was integrating into people. Her findings helped lead to a partial nuclear test ban treaty among the US, UK, and USSR. – Source

24. The US Government still pays for medical compensation for those that returned to the Bikini Atoll after their atomic weapons testing there. The USA allowed the native population to relocate there in 1970 – Source

25. In the 1950s and ’60s the British government tested atomic weapons on the rural South Australian town of Maralinga. Australian and British soldiers were used as guinea pigs to test the effects of radiation on humans, and the area was also populated with indigenous Australians at the time. – Source