Here are 25 Interesting Facts About Prisoners of War. 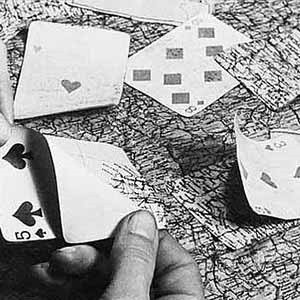 1. The US playing card company ‘Bicycle’ had manufactured special playing cards during WW2. When the card was soaked, it would reveal an escape route for PoWs. These cards were Christmas presents for all PoWs in Germany.

2. Franz Von Werra, a Nazi PoW was transferred to Canada to deter his multiple escapes and recaptures. He escaped again in less than a month, traveling through the US, Mexico, Brazil, Spain and Italy to become the only Western held PoW to return to combat. – Source

3. Captain Robert Campbell was a British PoW captured by the Germans in World War I. He was freed to see his dying mother, but went back to the prison camp because he gave the Kaiser ‘his word’ that he would return. – Source

4. During WW2, captured German officers, sent to Britain as PoWs, lived in luxury in Trent Park. This was done to make them feel relaxed. However, they were being listened to by 100 ‘listeners.’ They revealed secrets about the holocaust, events in Berlin, Hitler’s madness and V2 rocket bases. – Source

5. In 1966, the U.S. Navy PoW Jeremiah Denton blinked the word ‘T-O-R-T-U-R-E’ in Morse code during a forced TV interview for what was supposed to be a propaganda film in North Vietnam to signal his conditions to the Office of Naval Intelligence. – Source 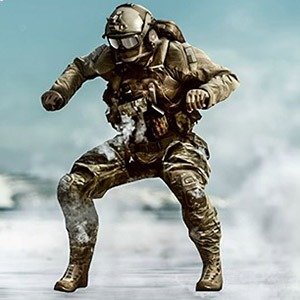 6. To avoid boredom while in a PoW camp during the Korean War, Lt. John Thornton would ride an imaginary motorcycle around. He did this every day until the guards called him to their headquarters and took away his imaginary motorcycle stating that it was against rules and regulations. – Source

7. British officers imprisoned in Colditz castle, an ‘escape-proof’ Nazi PoW camp, tried to escape by tunneling out. They emerged instead in a German colonel’s wine cellar, where they proceeded to drink 137 bottles of wine, fill them with urine, and place them back on the shelves. – Source

8. Some WWII PoWs in Japan, would keep their morale up and defy guards by holding in their farts until they were made to bow to a portrait of Emperor Hirohito. At the lowest point of their bow they would let loose. – Source

9. A secret radio belonging to a British PoW in WWII was kept so well hidden that when he visited the camp 62 years later and it was still there. – Source

10. American PoWS were killed during the Hiroshima atomic bombing. At least twenty-three US servicemen were in Hiroshima when the bomb fell. They were prisoners of war, former aviators, held at several locations in downtown Hiroshima. – Source 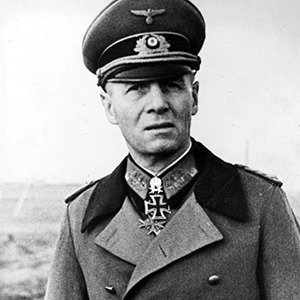 12. A PoW during the Vietnam War named James Stockdale survived in such arduous conditions that according to him you must renounce optimism for stoicism. His optimistic fellow captives all died. Having a blindly optimistic view worsens your chances of survival. This is called ‘The Stockdale Paradox.’ – Source

13. Between 1970 and 1973, four Israeli fighter pilots translated The Hobbit from English to Hebrew to pass the time in an Egyptian prison, where they were held as PoWs. The pilots’ translation was published commercially in 1977, and up until 2012 was considered the best Hebrew version of the book. – Source

14. When Bill Nye, The Science Guy’s father was a POW in Japan during WWII for four years, he made sundials to figure out the latitudinal location of the prison camp. – Source

15. On August 5, 1944, one of the biggest jail-breaks in history involved hundreds of Japanese PoWs attempting to escape an Australian prisoner camp. The Japanese considered the Australians weak because they treated the prisoners well. 234 of the Japanese PoWs were killed and another 108 wounded. – Source 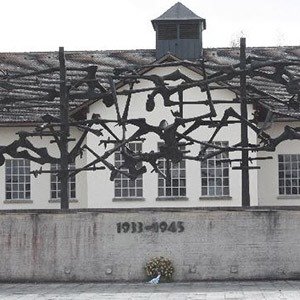 16. After being liberated by US forces , Dachau Concentration Camp inmates were given handguns, who proceeded to torture and kill German PoW. – Source

17. In World War II, German soldiers in American PoW camps were sometimes allowed to leave without guards on the honor system, visiting nearby towns. Black American guards noted that German prisoners could visit segregated restaurants that even they could not enter. – Source

18. Hitler so admired the Greek resistance to the invading German army that he ordered the release of all Greek PoWs for “their gallant bearing.” – Source

19. Most Nazi soldiers brought to the US as POWs left with positive feelings about the country at the end of WWII, and after their Geneva Convention required German repatriation, about 5000 of the soldiers immigrated back to the States, with thousands of others returning later to visit. – Source

20. The last prisoner of war from the Second World War to be repatriated was a Hungarian soldier who was taken prisoner by the Red Army in 1944 and discovered living in a Russian psychiatric hospital in 2000. – Source 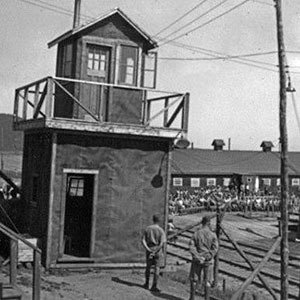 21. During World War II, prisoners of war in Canada were treated so nicely that they didn’t want to leave Canada when released. – Source

22. During WWII damaged allied aircraft returning from bombing raids would purposely violate Swiss air space so that they would be interned in empty ski resorts rather than becoming prisoners of war. – Source

23. During WWII, a canine PoW name Judy protected her fellow inmates from beatings by attacking the guards. Sentenced to death for bad behavior, Judy hid out in the jungles of Sumatra and supplemented her diet with snakes and monkeys. After the war she was awarded the Dicken Medal for bravery. – Source

24. A British soldier named Horace Greasley escaped and got back into a PoW camp 200+ times without detection because of a love affair with the German daughter of the director of the marble quarry attached to the camp. – Source

25. British prisoners of war during WWII were a huge morale drain on the German people. Often they would get their captors arrested by filing fallacious complaints about their treatment in the camps. – Source

25 Kickass and Interesting Facts About Riots